If you haven’t come to terms with it yet, it’s probably time you did—electric Jeep Wranglers are on the way, and soon…relatively speaking. The Detroit automaker hasn’t said when a production Wrangler EV will drop but Jeep is already building up to it with the plug-in hybrid 4xe model. Don’t get too bummed out, though, because battery-electric vehicles have a few party tricks that make them great for off-roading. Just look at the Wrangler Magneto Concept from this year’s Easter Jeep Safari, which still has a two-speed transfer case and manual transmission.

By the sounds of it, the Wrangler Magneto was the most difficult of the bunch to build for 2021’s wheeling trip to Moab. Rather than swapping in a Hemi V8 and calling it good, the engineering team responsible incorporated a four-battery electric drivetrain that ditches the more traditional “eAxle” setup. Whereas you’d expect to find electric motors at the front and rear, there’s a single axial flux unit under the hood in place of the engine. It spins up to 6,000 rpm and sends power to all four wheels via a method we’re used to seeing on traditional ICE cars. 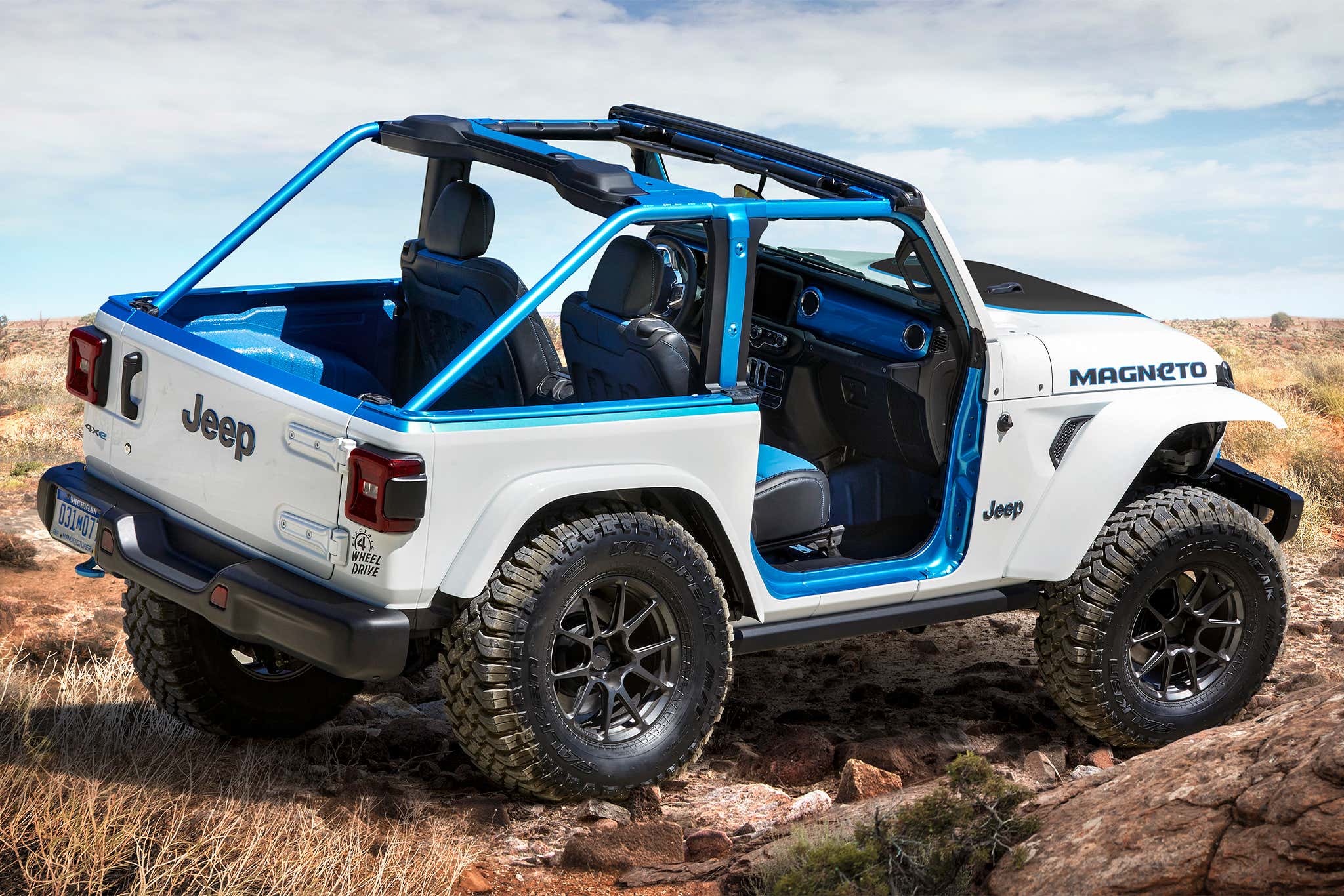 Before we dive into the specifics of that manual transmission, let’s run through the Magneto’s key stats. The quartet of Webasto-supplied batteries combines for 70 kilowatt-hours of juice, and they’re placed strategically throughout the vehicle. One sits below the electric motor and above the front axle; two are tucked within the chassis, where you’d normally find the fuel tank and directly opposite of that; and finally, there’s one underneath the trunk floor. These make the Wrangler Rubicon-based Magneto heavy at 5,750 pounds, and that’s without doors, a rear seat, or a top.

That curb weight doesn’t seem to affect its performance, and even with 35-inch tires and a two-inch Jeep Performance Parts lift, the Wrangler Magneto Concept can hit 60 miles per hour in 6.8 seconds. That’s even quicker than the 3.6-liter gas V6 can manage. And don’t worry, it still has a max water-fording depth of 30 inches, just like the regular Rubicon. 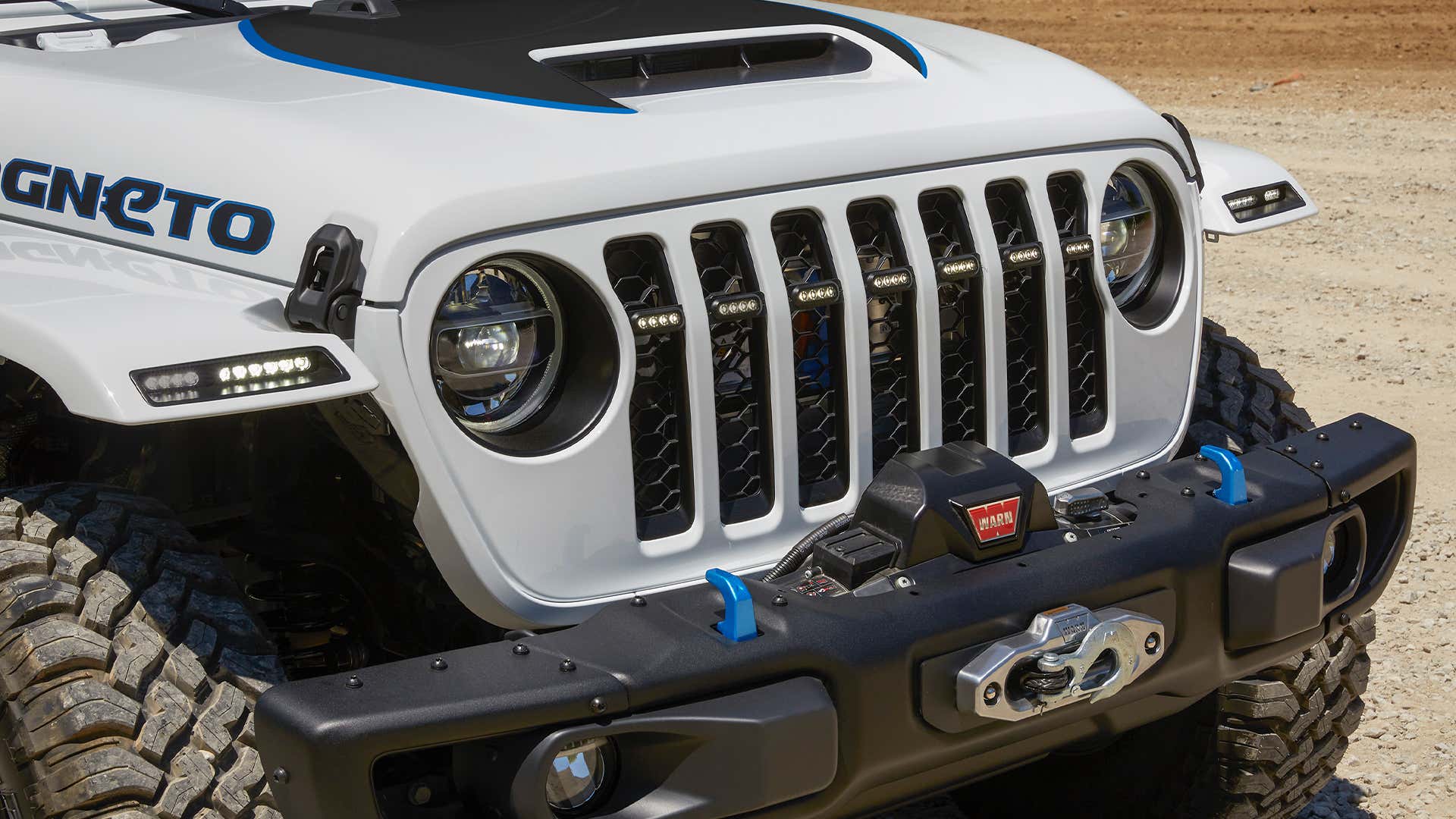 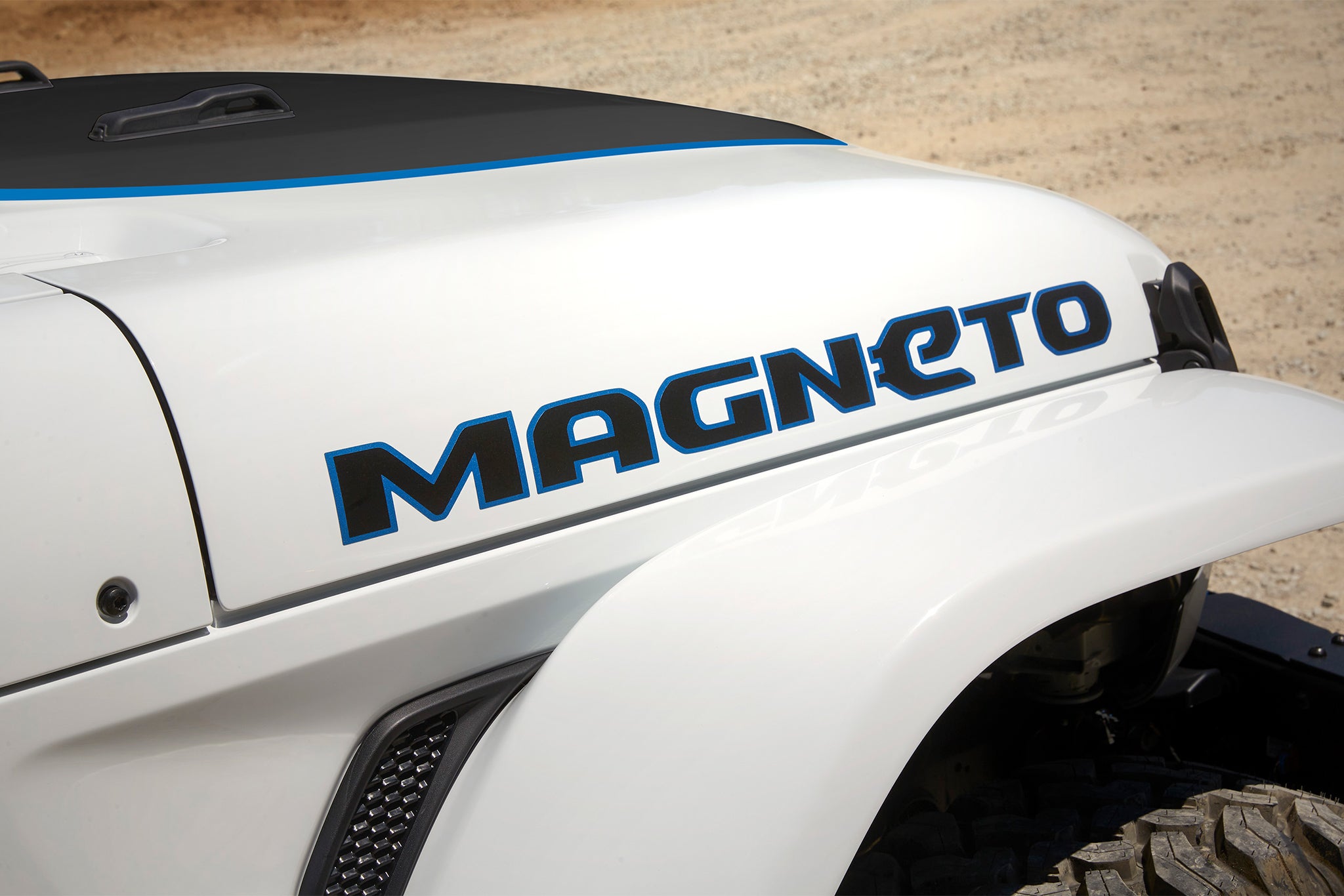 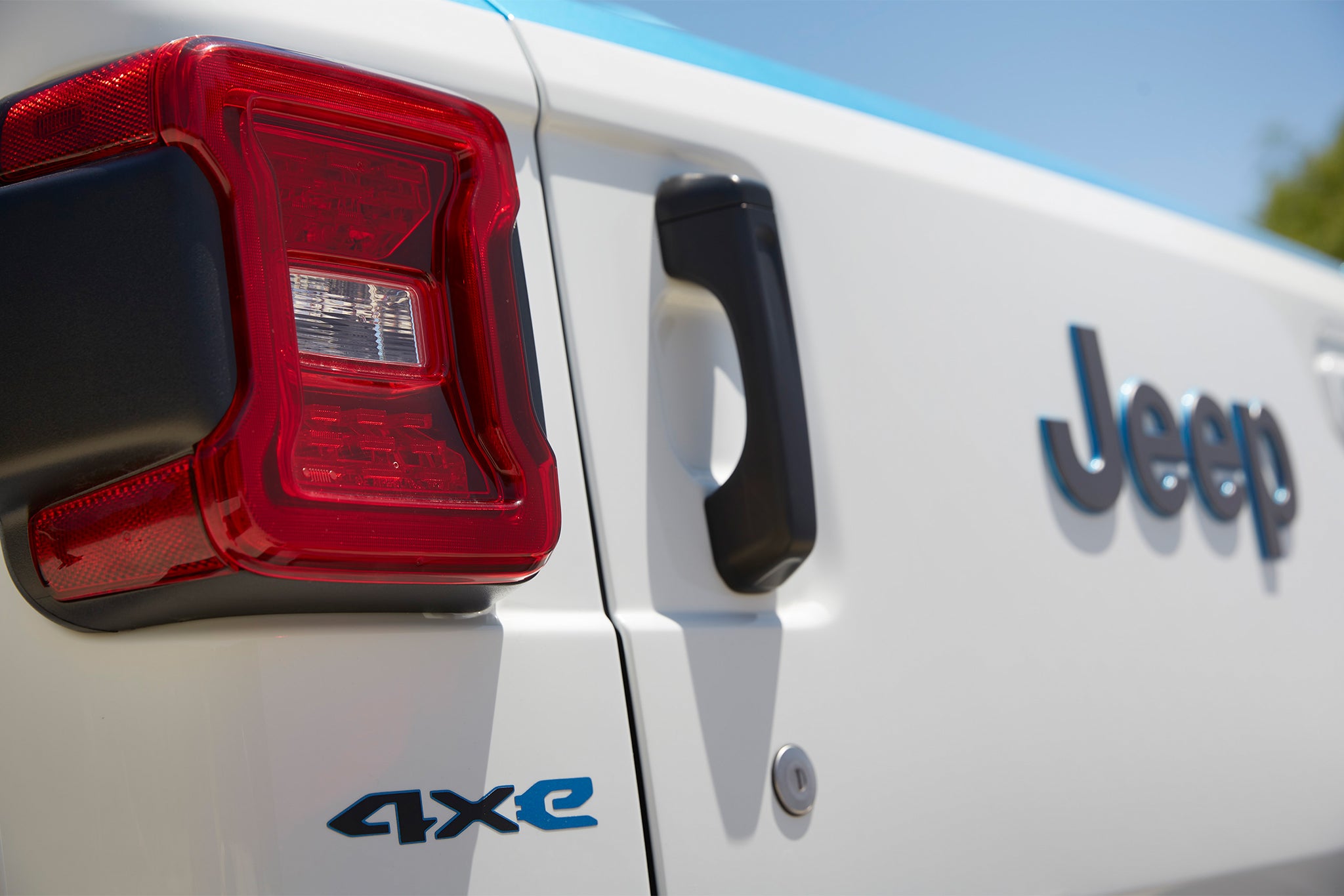 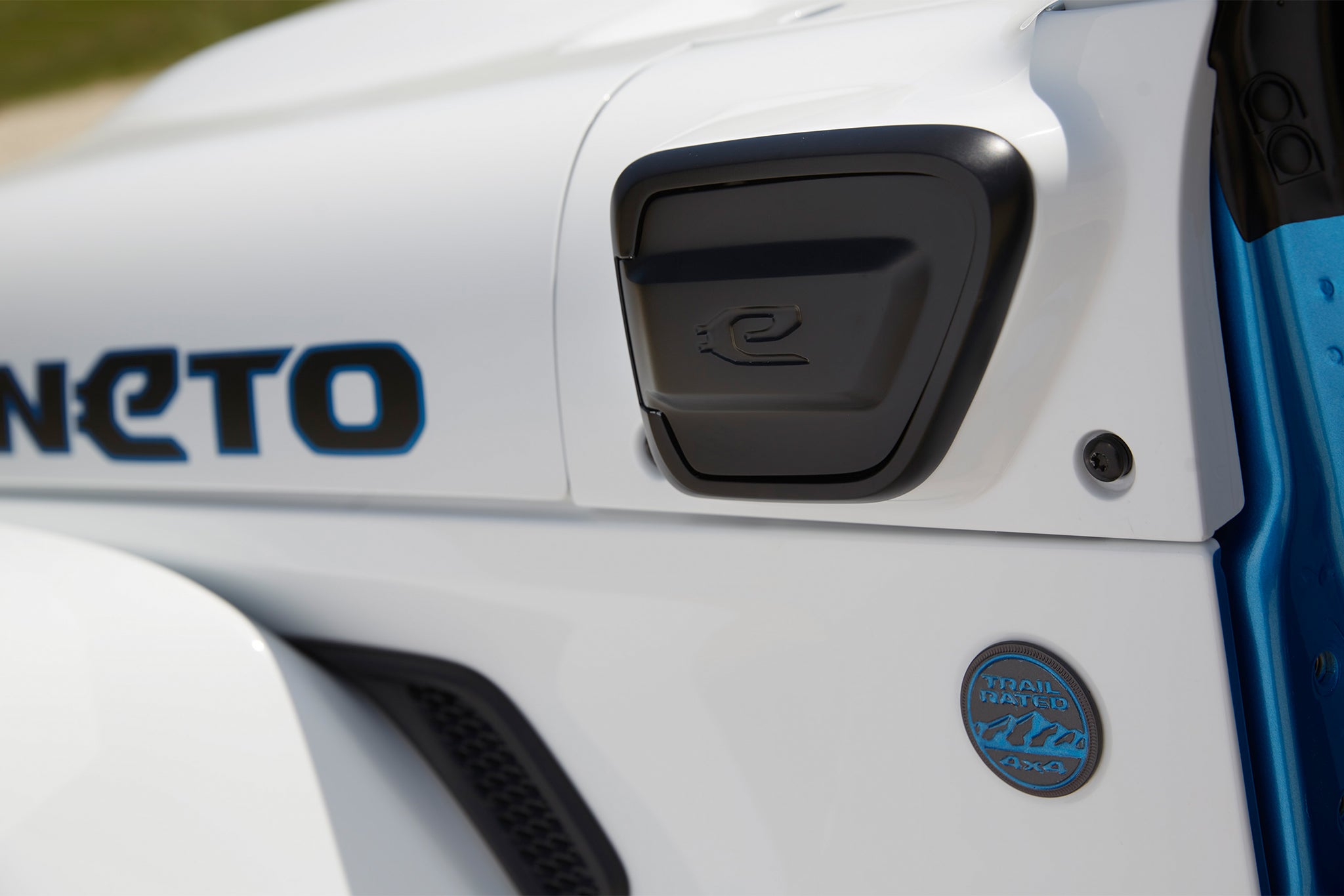 For the sake of simplicity, the Jeep crew matched the Wrangler Magneto Concept’s power levels to that of the Pentastar V6 engine. That goes for both the horsepower (285 hp) and the torque (273 pound-feet), so there shouldn’t be any concern about snapping drivelines or input shafts. Most interestingly, though, it allows for the normal Wrangler’s six-speed manual to work without any real upgrades, and operation is more or less the same with a few quirks.

First off, since the electric motor doesn’t maintain any revs at idle, the Wrangler Magneto Concept can be shifted into first without a clutch. You don’t even have to worry about balancing the clutch and the accelerator because Jeep says it can’t stall. It’s a lot like an automatic, then; that’s good news for your buddy who says he can drive a stick but really can’t.

You do have to engage the clutch when shifting between gears, but Jeep has thought that out, too. If you’re in a tight spot and have to shift quickly, the Magneto engages regen to prevent rev hang, giving the driver precise control. Really, that’s the best part about the electric drivetrain.

As people are soon to find out with the oncoming wave of battery-powered off-roaders, you can’t match the wheel-speed control of an EV. The slightest throttle input translates to the tires, which, in the case of Jeep’s Magneto, is perfect for low-speed scenarios. It should be easier for this thing to crawl through a rock garden than just about anything else, except for those Toyota Tacomas with three transfer cases. 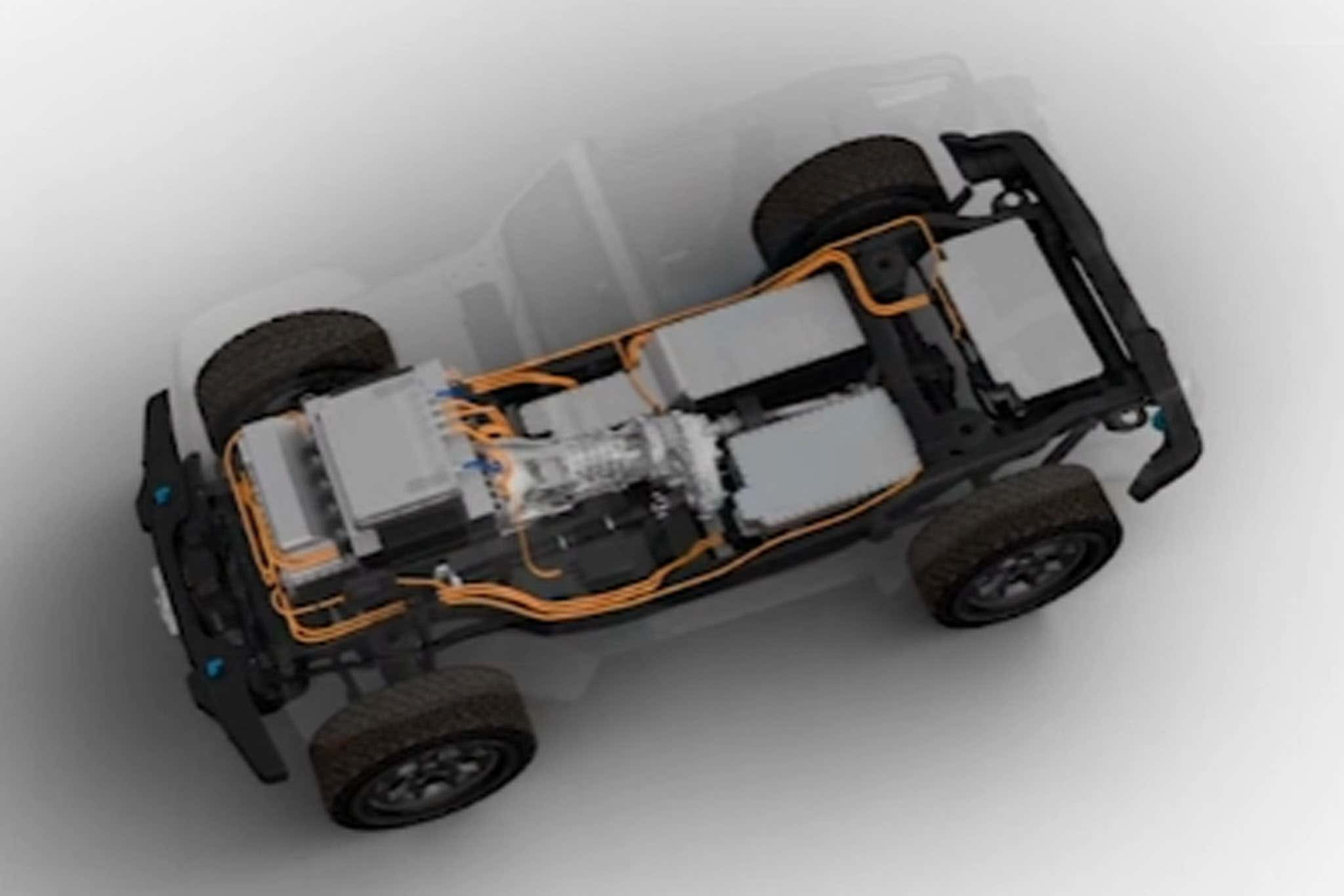 Right now, there’s no word if this manual-electric drivetrain combo will make it to production. Let’s be honest with ourselves and each other, though; there are plenty of factors to consider, and demand is front and center. Buyers who want a manual transmission likely aren’t the same as those who want an electric Wrangler, and that’s okay if a bit disappointing.

Then again, nobody thought Jeep would actually build an electric Wrangler concept with a stick-shift in the first place.

Got a tip or question for the author? Contact them here: [email protected]