Home » Racing » Toto Wolff: Lewis Hamilton shouldn't base his future on me

Toto Wolff: Lewis Hamilton shouldn't base his future on me

Toto Wolff has insisted Lewis Hamilton’s contract talks with Mercedes should not hinge on the team principal’s own future –  which remains uncertain.

Hamilton has yet to commit to the World Champions beyond the end of this season and recently admitted talks about a big-money new deal made him feel “awkward” due to the economic uncertainty being caused by the global health pandemic.

Reports have suggested the six-time Drivers’ World Champion may be waiting until he finds out what Wolff intends to do, the Austrian having been linked with a move away from Mercedes due to his friendship with Racing Point owner Lawrence Stroll and rumoured friction with his superiors in the Daimler group.

But Wolff has tried to play down any alignment between his plans and those of Hamilton, even though he admitted everything was being taken into account as he ponders the direction in which he is heading. 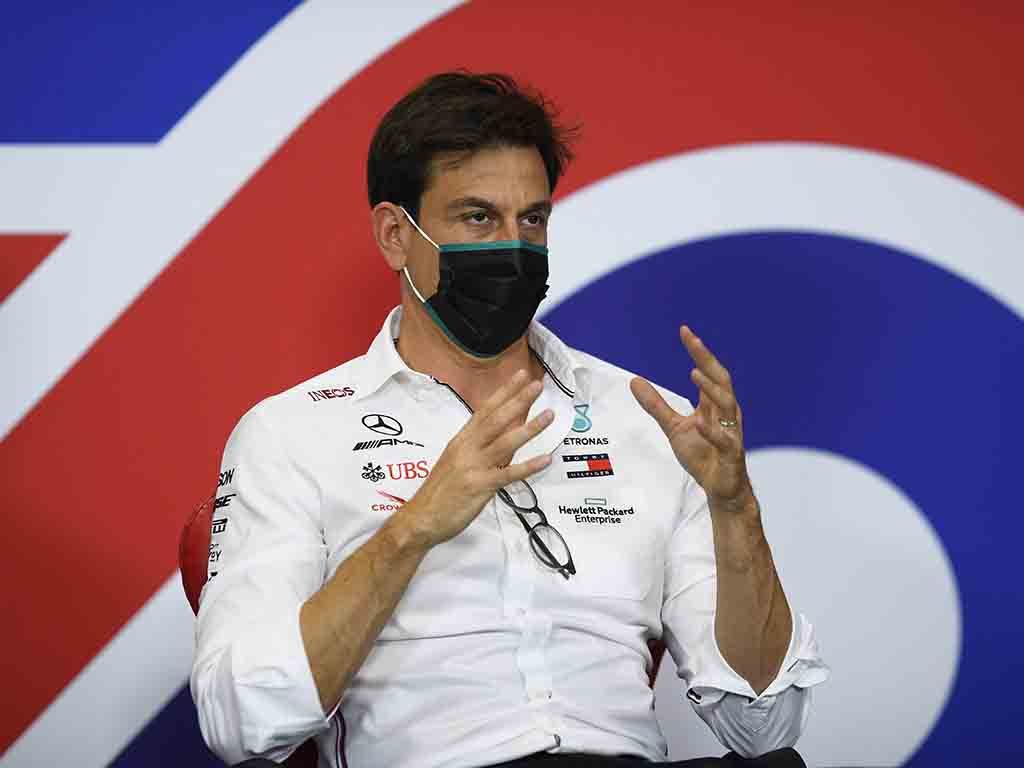 “I think Lewis staying at Mercedes is the best thing he can do and it’s what he wants to do,” said Wolff during the team principals’ press conference on the opening day of the Spanish Grand Prix weekend in Barcelona.

“He has the possibility to achieve great success going forward. It’s flattering that he says it depends on what I do but I think he doesn’t need me.”

Regarding his own future, Wolff added: “As I said before, I have not taken the decision yet. These are discussions that are ongoing, they are positive and I enjoy them and I don’t want to give it a spin that I am leaving.

“It’s not the case. I am just in a moment of reflection.”

On the reasons for weighing up his future, the 48-year-old said his personal situation, as well as what was best for Mercedes, came into the equation.

He added: “Reflection where F1 is heading to, what is happening with COVID and also personal reasons.

“Susie (Wolff’s wife) is in a good place running a Formula E team, that means she is away a lot. I’ve been on God knows how many races and that’s something we are thinking about.

“It’s down to the discussion between Ola (Kallenius, Daimler chairman) and myself. We want to do the best for the team, to continue to see the team prosper.

“I really enjoy the role, my plan is to continue but I never want to be in the situation that you are becoming from very good to good.”

Related posts:
Spanish GP: Hamilton quickest from Bottas in FP2
In July, The First 1,205 BYD Han Were Delivered
Best News
2021 Hyundai Elantra open for booking in Malaysia – 1.6L Smartstream engine, IVT; AEB, LKA, BSM, ACC – paultan.org
11/27/2020
FBI: No crime committed as ‘noose’ rope was there in 2019
06/23/2020
Why VW Pulled The Plug On A 400bhp VR6 Arteon R
06/23/2020
2021 Kia Grand Carnival breaks cover – solid looker! – paultan.org
06/24/2020
New Volkswagen Arteon Shooting Brake arrives as part of facelifted line-up
06/24/2020
Recent Posts
This website uses cookies to improve your user experience and to provide you with advertisements that are relevant to your interests. By continuing to browse the site you are agreeing to our use of cookies.Ok