Home » The Next-Gen NASCAR Cup Racer Is Coming May 5. Here’s What You Should Know

The Next-Gen NASCAR Cup Racer Is Coming May 5. Here’s What You Should Know

Even for race fans who could give a rip less about stock cars, NASCAR’s Next-Gen Cup machine is something to get excited about. If anything, those folks should be even more anxious to see it given the 21st-Century updates it’ll feature—think independent rear suspension and a sequential gearbox. Drivers like 2020 Cup champion Joey Logano have been testing it for more than a year, and it’ll debut in earnest come May 5, NASCAR announced today.

Now, we’ve actually seen the Next-Gen Cup Car plenty of times before. NASCAR itself has published photos and press releases regarding the racer, though it’s been up to us to discern many of the details. That, apparently, won’t be the case next month when the sanctioning body is also expected to reveal the technical specs we’ve been waiting for. 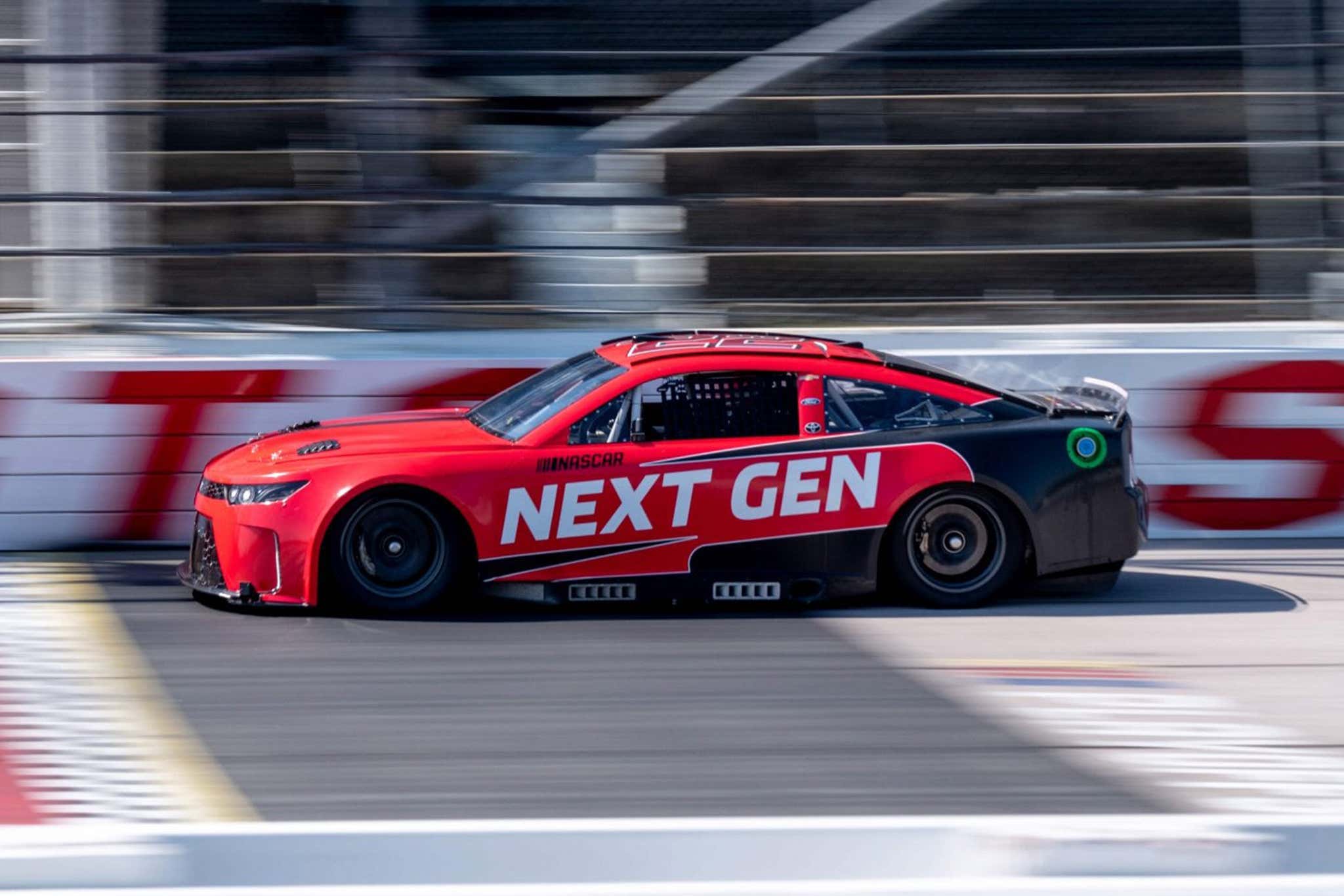 Let it be clear that nearly everything about this forthcoming race car is new. It’s ditching NASCAR’s long-used steel construction for carbon fiber and now, pit crews will only deal with a centerlock during pit stops rather than six lug nuts. What’s more, those will be fastening wider, 18-inch wheels with lower-profile tires. Finally, for the exterior, a totally new approach to body kits and aerodynamics will also make driver skill more crucial for getting it right, both when drafting and leading the field.

Cup drivers Kurt Busch and Martin Truex Jr. admitted that there was still work to do in November when it came to the car’s aero, but here’s hoping that’ll be ironed out before its expected rollout next season.

Traditionalists likely won’t be happy with all the mechanical changes, at least at first. Gone is the familiar four-speed, H-pattern transmission; in its place will be a six-speed sequential unit. No matter what anyone says, though, that still qualifies as a manual since drivers have to, y’know, shift it themselves. Also, with more gears to cycle through, that should mean more shifting on ovals which lends itself to heftier dependence on driver skill.

The new transmission’s performance will be complemented by independent rear suspension, particularly on road courses—they’re expected to be a bigger focus for NASCAR going forward. While it’d be silly to expect a carbon copy of Australia’s V8 Supercars Championship, NASCAR’s top-tier series is likely to mirror it more than ever in 2022 and beyond. That’s a good thing for people who like close racing, no matter the track it takes place on.

Expect the pushrod V8 to remain when the Next-Gen car is unveiled. It’ll feature a new split exhaust system, which is the main reason it sounds so different on track when compared to the current formula. This presented a cockpit cooling issue for Busch in his test at Charlotte late last year, though he figured it could be solved without much issue thanks to better airflow and ventilation.

Hybrid stock cars are apparently still coming, though the pandemic ruined any shot of this taking place in 2022. For some, that might be good news.