With Honda leaving the series at the end of 2021, Red Bull decided to take over their power unit operations, setting up a new facility at their Milton Keynes base to house Red Bull Powertrains.

That means that Red Bull will join Ferrari as the only engine manufacturers to have their chassis and power unit divisions under one roof, and Domenicali made it clear that Red Bull, already an extremely important partner for F1, will now become “fundamental” to the series’ future.

“It’s fundamental. Because beyond the credibility that, from the sporting point of view, Red Bull has achieved in Formula 1, it’s a partner that gives a fundamental stability for the future,” Domenicali told La Gazzetta dello Sport when asked about Red Bull Powertrains.

“The fact that in the next few years they will take care not only of the chassis, but they’ll also represent, in the technology landscape, an independent power unit supplier is a form of guarantee that for sure stabilises the offer of power units for the independent teams. So it’s something that gives even more value to Formula 1 itself.

“The manufacturers rightly make choices for a number of variables, they are really important, fundamental for Formula 1. But the fact that Red Bull made this choice is an element that even greater characterises the offer that in the next few years, from a technological point of view, can be proposed to the teams that want to carry on. So this is a great thing.”

Red Bull principal Christian Horner recently revealed that talks are ongoing for a cost cap on engine development, one which would work alongside the current chassis cap.

And Domenicali said it was important to put reduced costs at the centre of Formula 1’s strategy, hence the introduction of the budget cap.

“Formula 1 decided to set up its strategic growth without putting at the centre as a priority the increase in revenue, as other sporting platforms tried to do,” he explained.

“We put at the centre the need to reduce costs. Only through reducing the costs do we have the certainty to understand what the dimension to compete and to be competitive is.

“The challenge is that for the big teams, the limitations of the costs are not just constraints about how much you can spend, but also about an operating mode that is part of the work of the teams that have never had this problem. So the effects are not just quantitative but also qualitative in the way of working.” 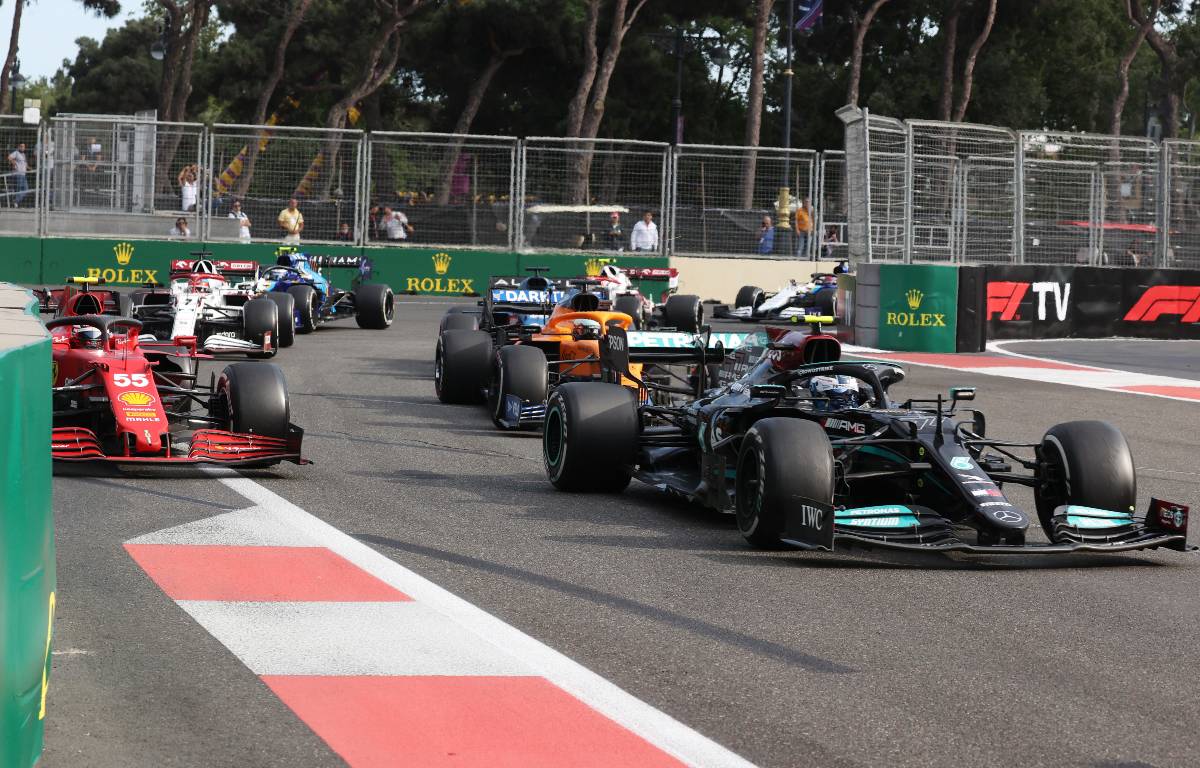 For 2022 Formula 1 will also introduce a completely redesigned set of technical regulations, and that creates a huge challenge for the teams this season.

The grid is as tightly packed in 2021 as ever before in the turbo-hybrid era, and so each team must carefully choose when to switch their focus to the new 2022 car.

And so before we get there, Domenicali is hoping for a 2021 season of twists and turns until the very end.

“The challenges are what fans are interested in and what gives that driving force to make sure that when a Grand Prix is finished, you already want the next one to arrive,” said the Italian.

“Having such an interesting Championship, you want to tune in for the next [Grand Prix].

“So my hope is that in a regulatory framework as today’s one, where in a short period of time the teams will have to choose how much time and resources to invest in developing the new car, I believe we’ll have a season that will pay off from a sporting interest point of view until the end.

“I’m sure this year we’ll go on to the very end with the interest for [the battle for] first place in the Drivers’ and Constructors’ Championship, but also for other positions. It will be a season of great interest despite Covid.”