Ex-F1 driver Ralf Schumacher has said he was told by F1 teams about various bits of debris found near the guardrails in Baku.

The venue has never failed to provide drama, but the 2021 staging of the Azerbaijan Grand Prix raised serious concerns on the safety front.

Lance Stroll and Max Verstappen suffered left rear tyre failures down the main straight and while both suffered race-ending damage, there is a widespread belief that both drivers were very fortunate to escape more serious accidents.

Pirelli are under way with their investigations, but early word from them is that they suspect debris was behind the failures.

And that theory has become stronger after Schumacher revealed the kind of debris that teams had found at the Baku City Circuit.

“Pirelli must have had a bad feeling on Friday, otherwise the air pressure would not have been increased,” Schumacher is quoted as saying by Speedweek, referencing Pirelli’s decision to increase the tyre pressures after Friday practice.

“However, I would be careful when classifying the cause. I’ve heard from teams that the track was extremely dirty. Some old nails and other things lay next to the guardrails. A lot of objects flew around.”

In particular, Schumacher felt a piece of debris like that must have caused the puncture for Stroll.

The Canadian was the first to suffer a blowout when his left rear tyre went bang on lap 30.

As for Verstappen, Pirelli need to provide the answers for that, Schumacher believes.

“I suspect with Stroll that something like that was his undoing, because at that point there hadn’t been an accident where he could have caught carbon parts from other cars,” he said.

“I’m not sure about Verstappen. The analysis from Pirelli will reveal the cause.” 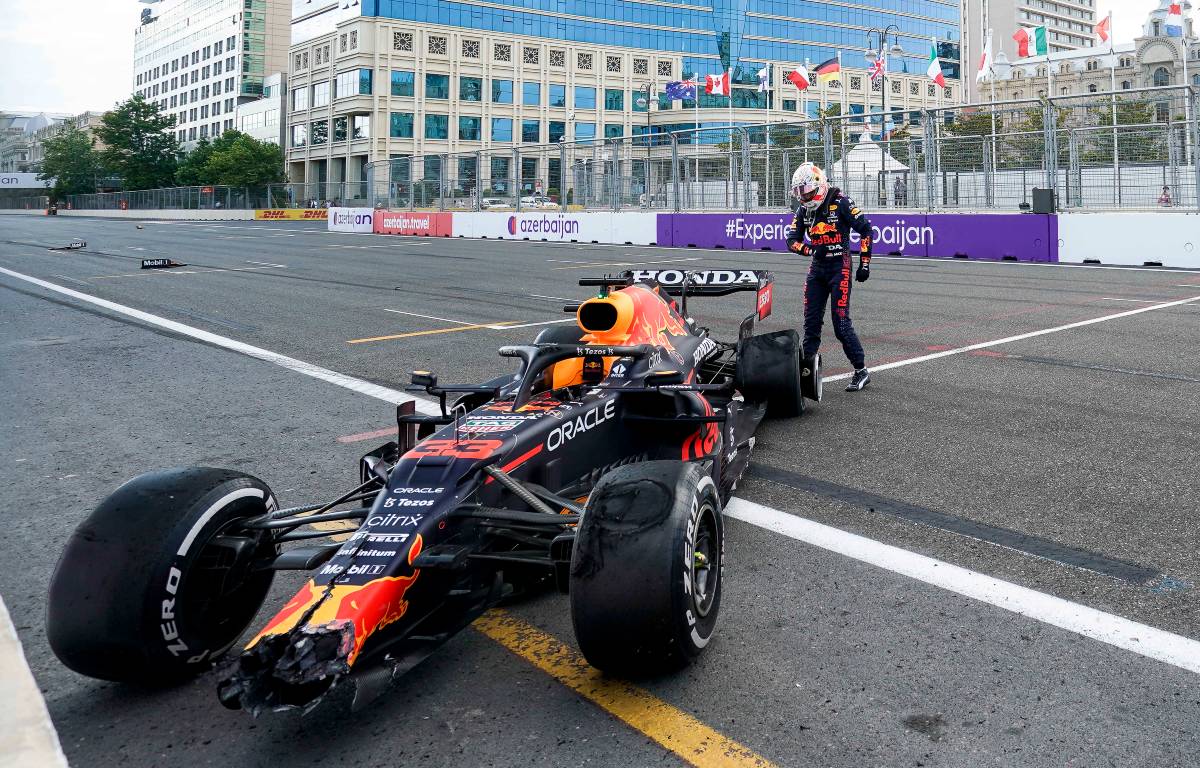 Verstappen’s incident came shortly before the end of the Azerbaijan GP, causing him to crash out of the lead.

It had looked set to be a huge moment in the 2021 title fight, but a major error from Lewis Hamilton as he challenged Sergio Perez for P1 meant neither Hamilton nor Verstappen took points away from Baku.

As he looked to complete a pass on Perez at Turn 1, Hamilton accidentally hit a switch which changed his brake balance, causing him to lock up into the escape road.