Home » Racing » Kimi Raikkonen: 'We are in an area of unknown' | F1 News by PlanetF1

Kimi Raikkonen: 'We are in an area of unknown' | F1 News by PlanetF1

Kimi Raikkonen is looking ahead to testing as he hopes for signs that Alfa Romeo have taken a step forward from their 2020 efforts.

The Sauber-backed team endured a disappointing 2020 campaign, one that was a continuation of their slow decline towards the end of 2019 which had started out with consistent points finishes.

Come the end of 2020 though Alfa Romeo had only eight points, four scored by Raikkonen and four by Antonio Giovinazzi in an even split, but the Finn was also clear that his team had not performed as well as they had hoped.

But, with the C41 now free from its covers, Raikkonen is hoping for a better season to come, though it will remain an “unknown” until they hit the track in Bahrain.

“Obviously first of all it’s nice to see the new car,” he said as Alfa Romeo unveiled their 2021 challenger, the C41, in Warsaw.

“We are in an area of unknown, there’s some rule changes and how’s that going to impact everybody and where we are going to be.

“Hopefully we are better off than we were last year and we’ll get some idea in testing in a couple week’s time and in one month’s time in the first race we’ll really know where we are but we’ll do our best wherever we end up to be.” 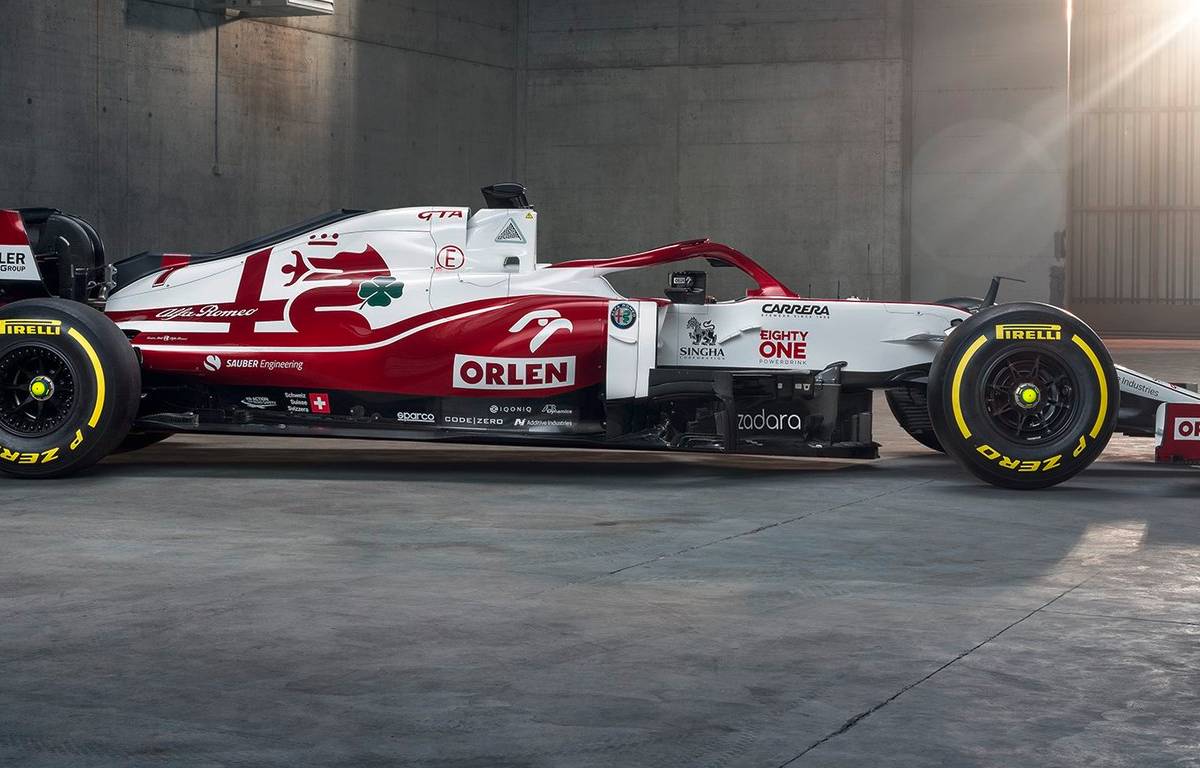 Check out the new 2021 collection on the official Formula 1 store!

The 2020 car, the C40, struggled with aero consistency and tyre management, two issues that the team is hoping the C41 addresses.

And Giovinazzi hopes that the redesigned front nose will be worth a few tenths in performance.

“The livery is very nice but the peculiarity will be in the front (more tapered nose) and hopefully it can bring us something more in terms of tenths.” he previously told Sky Sport 24.

“There is the unknown of the [Ferrari] power unit. We hope that here too it will be better and allow us to have more fun.

“There have been a lot of changes in the line-ups and that’s why it will be a different World Championship. A nice grid, completed by [Lewis] Hamilton’s renewal.

“All strong drivers and there will be an increasingly close fight. I hope for a more competitive Championship and maybe there will be some surprises in some races, like last year with the AlphaTauri at Monza.”