While we chatted with Travis Pastrana back in 2018, he told us of a rumor he heard that a Formula 1 team could race at the Pikes Peak International Hill Climb. Obviously, that never quite panned out, but entering a top-level open-wheel race car in the world’s most extreme hill climb appears to have been on more than a couple of minds. Over the weekend, Pikes Peak’s organizers released the entry list for this year’s 2021 race, which features an eye-catching entry: IndyCar driver J.R. Hildebrand in a 2021 Dallara DW12—a current IndyCar.

Hildebrand and his Dallara will race not in the self-explanatory Unlimited category, but the Open Wheel class, alongside a smattering of adapted and purpose-built prototypes. Some will be driven by past Pikes Peak race winners, including six-time overall winner Paul Dallenbach, who narrowly missed out on a seventh victory at last August’s sadly spectator-less race. 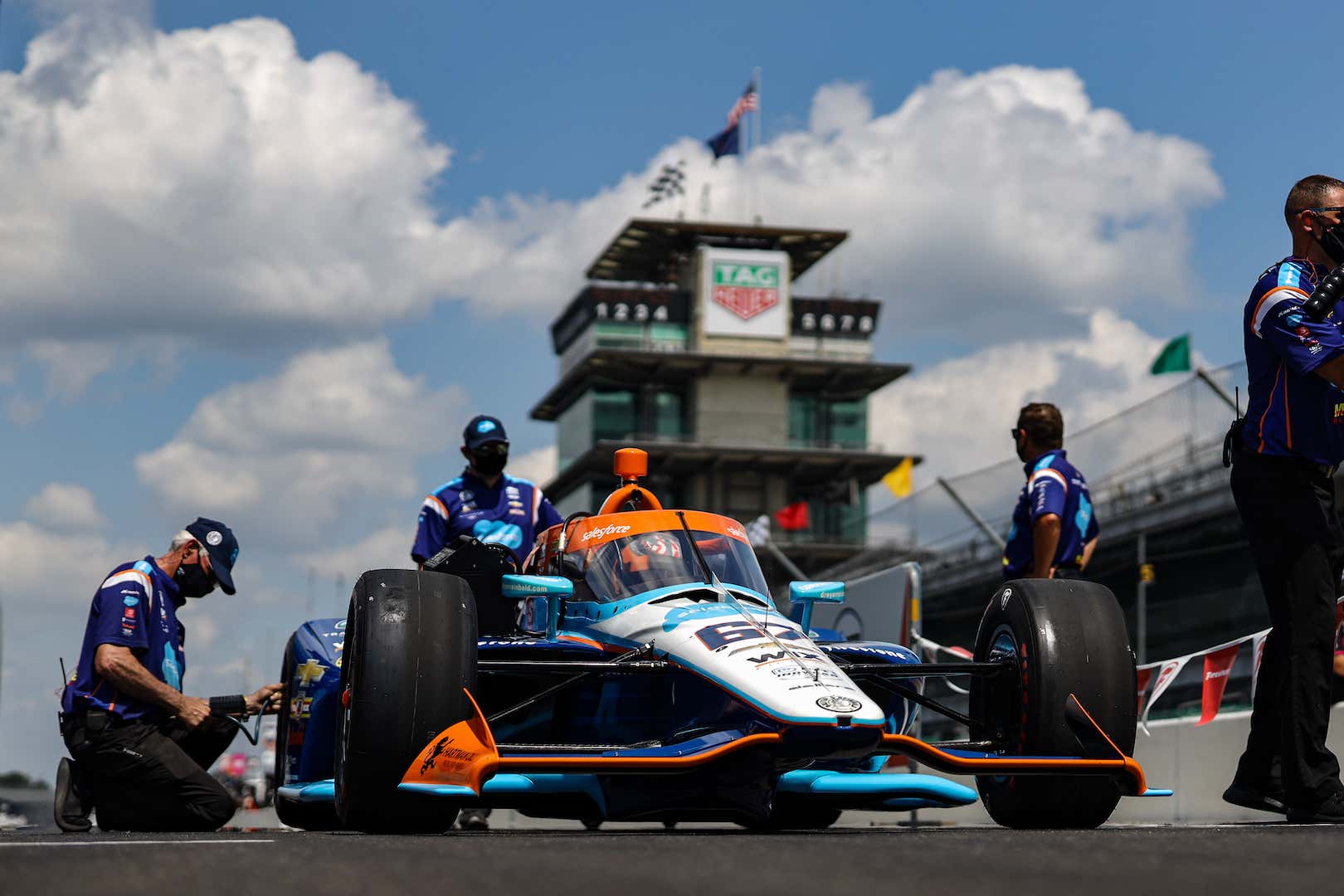 The IndyCar driver won’t just have his competitors and the notoriously tricky course to contend with, but also his own 675-horsepower, almost completely assist-free Dallara. Optimized for running at higher speeds and lower altitudes, where air is dense and downforce plentiful, Hildebrand’s IndyCar will be more of a handful than usual at Pikes Peak. Let’s not forget: the start line lies above 9,000 feet, and the finish line beyond 14,100. Up there, even the Dallara’s high-downforce road course aero kit may as well be the low-drag speedway kit.

Hildebrand could theoretically recover some of his Dallara’s lost downforce with a purpose-built set of wings and floor, but even with all the downforce in the world on his side, he’d find winning his class challenging enough, never mind taking the overall win against purpose-built AWD entries. This is to say nothing of challenging the course’s overall record, which Romain Dumas set at 7:57.148 in the VW ID.R. It’s a high watermark that an IndyCar, no matter how extensively modified, would find tough to beat, and one that will likely remain unchallenged until another major carmaker resolves to take down VW.