When NASCAR came up with its Playoff format, one of the biggest incentives was for winning. The hope was that the driver who won the series title would win races and be rewarded for doing so.

A couple of drivers however have bucked that trend; Most recently in 2019 when Matt Crafton won the NASCAR Gander Truck Series championship his third, without winning a single race. Crafton made the playoffs and raced his way through each round without a win. Then in the season ending race at Homestead-Miami Speedway, Crafton finished higher than the three drivers who had also made the Championship 4 coming home second behind Austin Hill who wasn’t a Playoff driver. 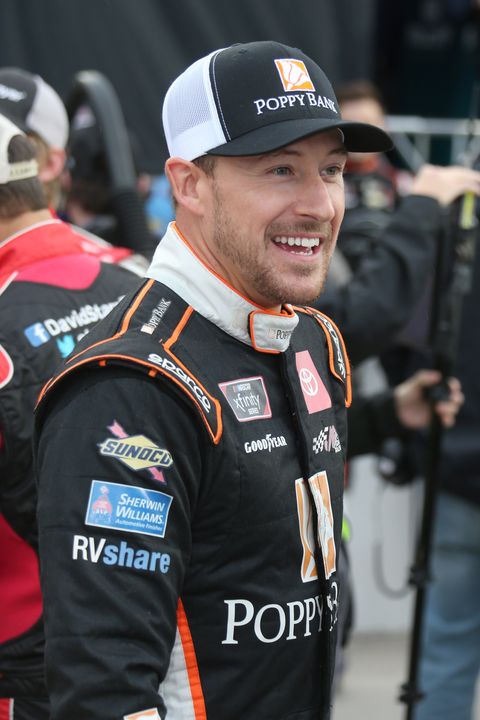 Daniel Hemric has never won a race in NASCAR’s top three touring series, despite 207 starts across all three.

Hemric has one more chance to score his first win this season, or perhaps win the 2021 NASCAR Xfinity title. Hemric finished third at Martinsville Saturday night and secured one of the Championship 4 spots in the season finale at Phoenix.

He was in contention for most of the race including an overtime restart. Hemric had the race under control at that point having led 18 laps and was comfortably ahead of Noah Gragson. But on lap 249 just as Gragson got by him for the lead, the races thirteenth and final caution flew and set up the green, white checkered flag finish.

As the leaders chose their lanes for the final restart, Hemric lined up behind Gragson, reluctantly as it turned out.

“I have got to tell you—it’s the first time as a racer that I’ve had to choose to not put myself in the best position to win,” Hemric said after the race. “I wanted to line up on the top. I felt like I could beat him if everything is all fair games.”

But nothing is fair in NASCAR’s Playoffs. When Hemric lined up behind Gragson he was securely in the Championship 4 on points, so did what he had to do, and that didn’t include winning the race, instead settling for a third-place finish.

“The ultimate goal at the start of the season with this Poppy Bank Toyota Supra team was do what we officially have a shot to do in Phoenix next weekend,” Hemric said. “It just felt like we had a shot to minimize the damage and that’s what we did. I’m so disappointed. This car should be in victory lane.”

Now Hemric will head to the final race of the season in Phoenix going up against A.J. Allmendinger and Austin Cindric, both of whom secured their spots in the Championship 4 after Stage 2 Saturday night. And with his win Saturday, Gragson will also join them.

Hemric has 14 top five finishes this season, and though he has not won a race, as he has shown all season long, he may not have to. And it’s got the attention of those he will race next weekend.

“Come on,” Cindric, who finished second, said. “This guy has won stages. He’s led laps. He put himself in position. He put his team on his back today, made the right choice on the choose for points racing purposes only. The only reason I had a chance to win this race today is because Daniel had to points race and I didn’t.”

Should the season finale come down to points racing, Hemric may be the driver to beat, and could join Matt Crafton (2019, NASCAR Camping World Truck Series) and Austin Dillon (2013, Xfinity Series) to win a major NASCAR championship without a victory. Dillon won his title before the current Championship 4 format began in 2014.