'Formula 1 is dying for Max v Lewis rivalry to erupt'

Formula 1 needs the rivalry between Max Verstappen and Lewis Hamilton to “erupt”, that’s according to Christian Horner.

Mercedes romped to the victory in the opening four grands prix of this season, taking a sizeable lead in both championship races.

Red Bull, though, make it a little bit more exciting last time out at the 70th Anniversary Grand Prix as the team put Max Verstappen on an alternate strategy, one that handed him his first win of the championship.

The Dutchman beat Lewis Hamilton to the chequered flag to move up to second in the Drivers’ standings, although he still 30 points behind the six-time World Champion.

Although the Red Bull driver is starting third, the run down to Turn 1 offers the perfect slipstream with pole position man Hamilton and his team-mate Valtteri Bottas set to carve a gap through the air for Verstappen.

The heat, similar to last weekend’s, will also play to Red Bull’s strengthens.

“The only similarity between Silverstone and Barcelona this week is the ambient and the track temperatures,” Wolff told Autosport.

“The track itself is very different, so we don’t expect the same blistering issue like at Silverstone, but nevertheless [there will be] more degradation and more overheating.

“We have improved and that is most important. I hope we can give him a run for his money.

“Definitely Max needs to be seen as the favourite, based on yesterday’s long runs.” 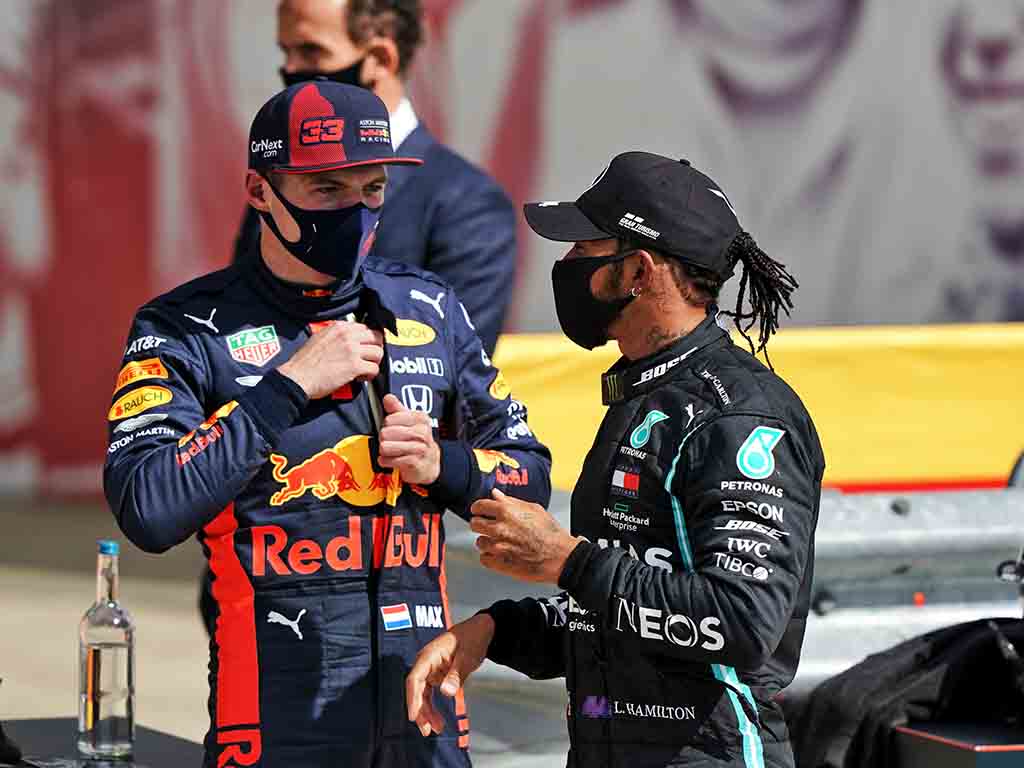 The team boss says at a time when Mercedes is racing towards a seventh championship double, and a seventh World title for Hamilton, the sport needs a rivalry.

And what better than Verstappen versus Hamilton.

“For Formula One it would be fantastic because everybody is dying for that rivalry to erupt,” the Red Bull team boss told PA.

“Max and Lewis are the two standout drivers in Formula One at the moment.

“Both are at different stages of their careers and it would be great to see them go head-to-head, this year and next.

“When people know what the result is going to be, why bother watching, unless you are a die-hard fan? Sport is all about competition and that is what we want to see.

“So hopefully we can be competitive with Mercedes and have more Sundays like last Sunday and get ourselves back into the championship fight.”

Related posts:
Haas: Lack of pace in Spanish GP qualifying “a mystery’
BMW Updates Pricing Of Its 2021 Lineup In The U.S.
Best News
Suzuka Super Formula: Naoki Yamamoto wins crash-filed race
12/05/2020
FBI: No crime committed as ‘noose’ rope was there in 2019
06/23/2020
Why VW Pulled The Plug On A 400bhp VR6 Arteon R
06/23/2020
2021 Kia Grand Carnival breaks cover – solid looker! – paultan.org
06/24/2020
New Volkswagen Arteon Shooting Brake arrives as part of facelifted line-up
06/24/2020
Recent Posts
This website uses cookies to improve your user experience and to provide you with advertisements that are relevant to your interests. By continuing to browse the site you are agreeing to our use of cookies.Ok