Seven points off third place in the standings, Charles Leclerc is happy with Ferrari’s progress but says he wants more.

After last year’s torrid season Ferrari have rebounded this year, taking the fight to McLaren in the race for third place in the Constructors’ Championship.

But as Ralf Schumacher says, applauding Ferrari for being in the hunt for third place highlights how far the Scuderia “have fallen”.

Leclerc himself says he is not happy with the results as he is in Formula 1 to win, not fight for third.

“No,” he told Code Sport over his P5 in the Drivers’ Championship.  “I always hope to do better.

“It’s true that, realistically, if we refer to pre-season, it’s the best we could hope for after a very complicated year in 2020. We have made a lot of progress, we are on the right track. We are working well. It’s positive.

“But again, it’s been a positive season so far. We’ve always maximised the potential of the car, which is the most important thing in a year like this when we are still a little bit below our expectations, because we are trying to make up the ground we lost after 2019. That’s part of the process.” 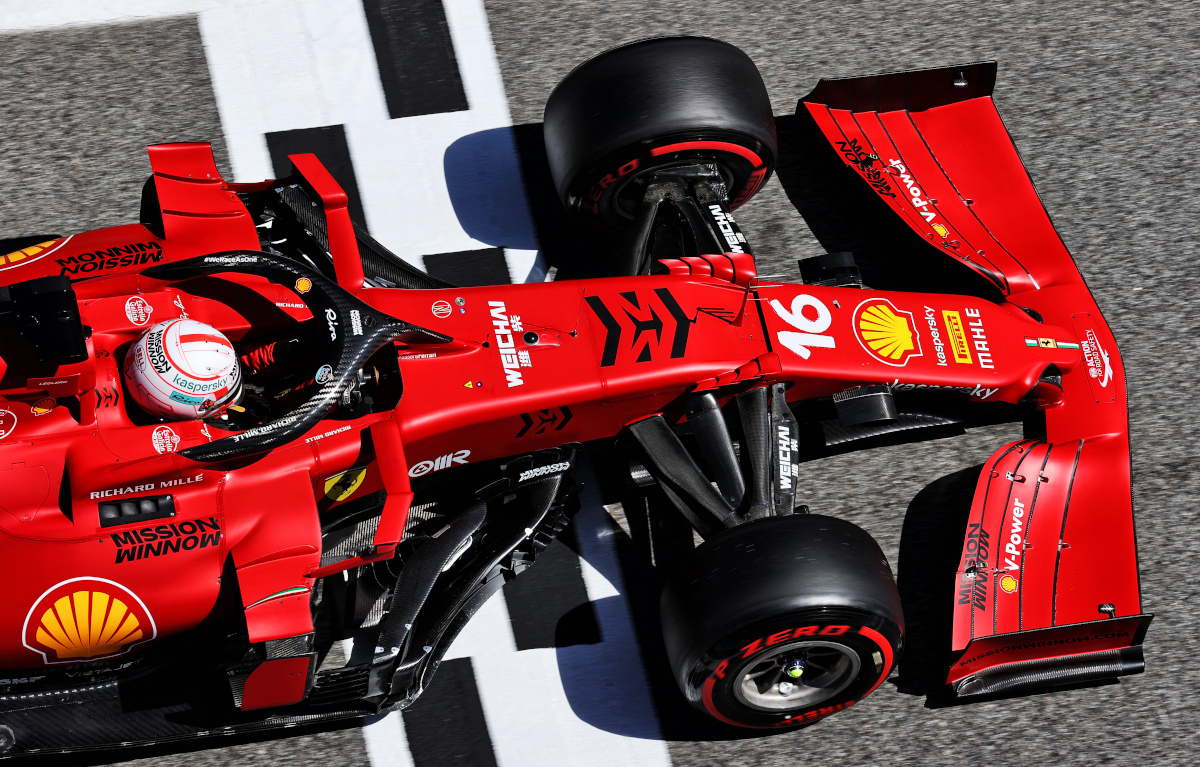 Leclerc reckons Ferrari’s 2021 gains are in part the result of the hard yards that were put in last season when it became apparent to the Italian stable that their SF1000 and its power unit were woefully off the pace.

“I think it’s clearly the way we worked throughout last year,” he explained. “The first part of 2020 was complicated because we had to accept we had taken a step backwards and that is never easy. Then we started to work really well, in a constructive way.

“We immediately saw small progress, even if it is complicated to perform miracles. Especially as there were technical restrictions between 2020 and 2021, so we couldn’t do what we wanted with the car. But we worked well. Today, we are showing it on the track.

“I may be repeating myself, but this is clearly not where we want to stay. We want to fight for victories. For that, there is still a lot of work to do. But we are working in the right direction.

“There is no one feature that has improved much more than the others. It’s really a total package of the car, whether it’s the engine or the aero and chassis. We’ve just taken a step forward in the right direction on all three of those elements, so we are more competitive this year than last year, both in qualifying and in the race.”

As for what separates Ferrari, with 60 points on the board, to championship-leading Mercedes, who have 141 points, Leclerc says the latter have an overall better package.

He admitted: “Honestly, they have more power and a better overall car. We’ve made a fairly balanced car this year in the sense that, whether it’s the engine or the aero, we are not much stronger in one area than the other, which was the case in 2019.

“We really need to make progress on both the engine and the aero for 2022. All the teams are focused on this rule change which will be super-important. Compared to the Mercedes, it’s really a global package. We have to work on the engine, the aero and the chassis. Then we will manage to reach their level.

“We know what we need to work on. We are putting all our efforts into it to try and catch up.”