Carlos Reutemann has been transferred to a general care ward after spending several days in intensive care following a digestive haemorrhage.

The ex-Formula 1 racer was first admitted to hospital in his native Argentina back on May 5 and was initially in a stable condition until he suffered from internal bleeding a few days later.

As a result, the 79-year-old was flown by helicopter to an intensive care unit in Rosario for ‘diagnostic studies and possible treatment’.

Reutemann underwent an endoscopic haemostasis procedure after another haemorrhage and was later described as ‘lucid’ and ‘in communication with the environment’ following the operation.

More good news has since followed as the 12-time Formula 1 race winner has now been moved out of the intensive care unit and is back on a general ward.

One of Reutemann’s daughters, Mariana, posted a wonderful image of her father sat up in bed and reading the paper. 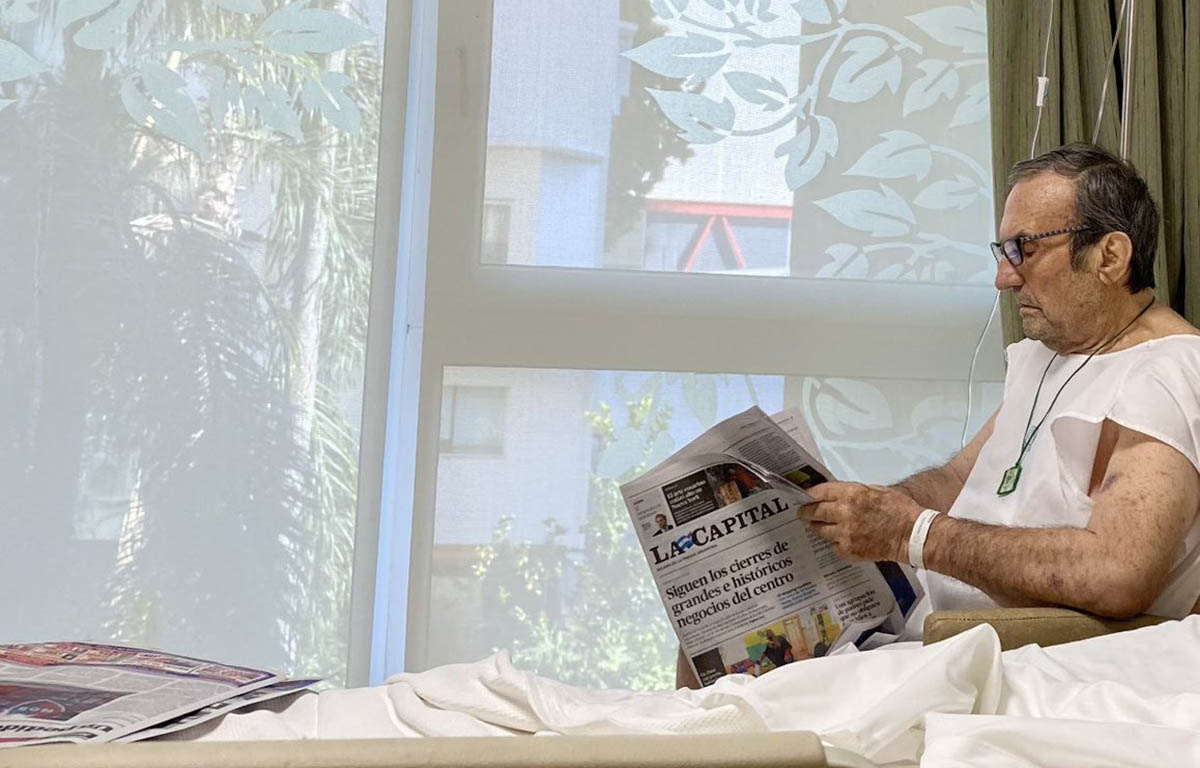 ‘This morning the national senator and former governor Carlos Reutemann, who has been hospitalized in Rosario since Saturday, May 8, after being in intensive care for several days, he was transferred to the general ward,’ Argentine newspaper La Capital reported.

Reutemann raced for Brabham, Ferrari, Lotus and Williams in Formula 1 and in his last full season, 1981, he finished second to Nelson Piquet in the World Championship by just one point having been on the podium in all of the first five races, winning the Brazilian and Belgian Grands Prix.

The victory at Zolder was Reutemann’s last in the sport before retiring after only the first two races of the following campaign, a few weeks before his 40th birthday, with his exit from the Williams team rumoured to have been a consequence of the Falklands War that was happening at the time between the UK and Argentina.

He took part in 146 grands prix and subsequently moved into politics, even being regarded at one time as a contender for his country’s presidency – although he never actually declared his candidacy to run for that office.