Formula 2 Championship front-runners Guanyu Zhou and Oscar Piastri have increased their F1 car experience in a private test at Silverstone.

The duo are both members of the Alpine Academy and are competing for different teams in F2 this year, Zhou for UNI-Virtuosi Racing while Piastri moved into Mick Schumacher’s old place at Prema.

They have been driving the 2018 Renault F1 car, the R.S 18, with Piastri getting things under way at the home of the British Grand Prix in damp conditions, notching up 86 laps in what was his second F1 test. The first was in Bahrain last autumn.

The next day it was Zhou’s turn and he had the benefit of a drier day, being able to get in 106 laps.

The 21-year-old Chinese driver has won two of this season’s first six Formula 2 races, most recently in Monaco last weekend, and holds a 16-point lead over Piastri in the standings.

“It was so nice coming from Monaco to Silverstone and feeling the amazing downforce in a Formula 1 car,” said Zhou, quoted by Motorsport Week. “I adjusted to the car straight away even though it was my first time in an F1 car this year.

“We had some light rain at Silverstone, but it didn’t impact our plan too much and I am happy with the progress we made as a team and for me personally.” 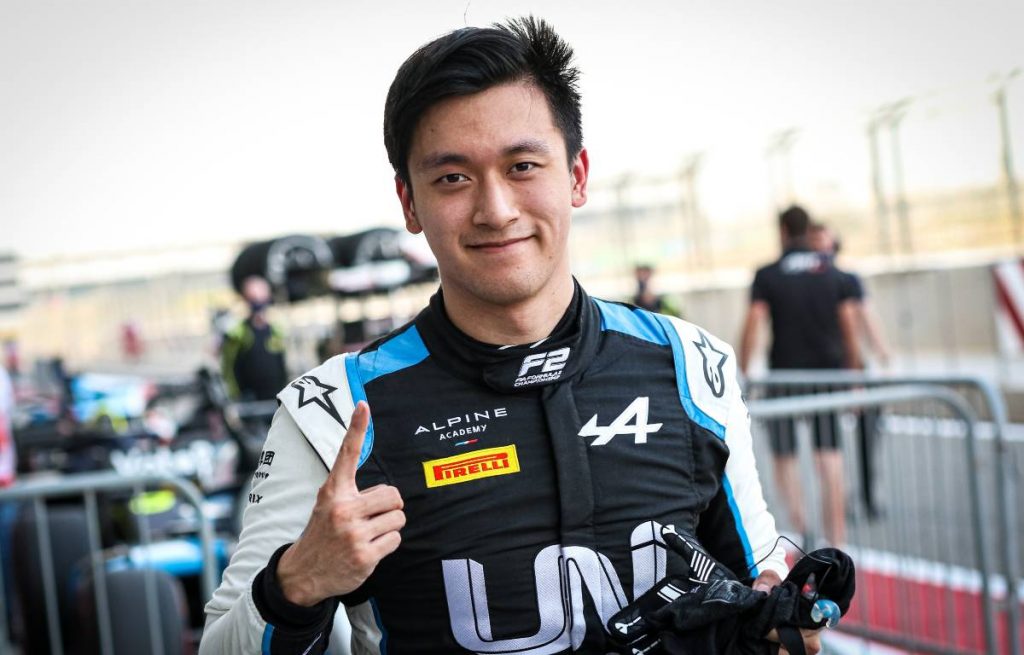 “It was a great experience driving a Formula 1 car again. There are not many better combinations than driving an F1 car fast around Silverstone,” said the 20-year-old Australian.

“It was a little bit wet in the morning, but we completed a lot of laps in the afternoon with a few qualifying and race simulations thrown in too.

“I learned a lot from the day and it will stick in my mind for a long time. Hopefully, it’s the first of many experiences here driving an F1 car at Silverstone.”

Formula 2 has taken place on two of the five F1 weekends so far this year, with three races each time, and will be in action again in Azerbaijan next week.

The other five venues at which the 2021 series will be contested are Silverstone, Monza, Sochi, Jeddah and Yas Marina.