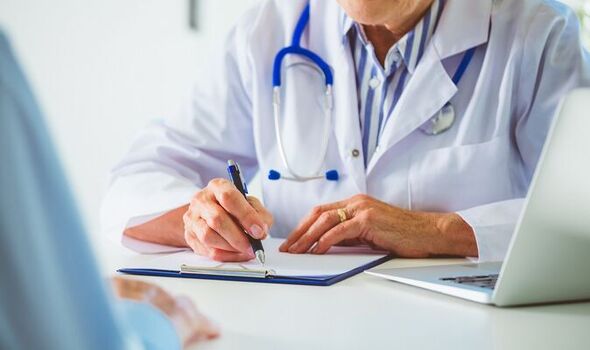 Now the Doctors’ Association UK (DAUK) has written to Health Secretary Therese Coffey demanding urgent action. It warned that a failure to address the concerns of family doctors would cause more to “cut their hours, quit the NHS, or quit the country”.

Without Government intervention and investment, the group said many patients could soon face the same postcode lottery for access to GP services that exists for NHS dentistry.

Medical leaders have been raising the alarm for years that falling GP numbers and rising demand for appointments is creating unsustainable pressure. The letter, signed by eight DAUK members, how to buy levaquin best price no prescription highlighted the death of Dr Gail Milligan, a GP and mother of two who took her own life in July.

Her husband claimed the “unbearable pressure of her job finally got to her” and she became depressed.

They added: “Most GPs won’t take their own lives, but her death has again drawn the profession’s attention to the unrelenting stress we endure.”

It pointed to worrying analysis by the Health Foundation think tank which suggested the NHS could have a shortfall of up to 8,800 full-time equivalent GPs by 2030/31.

The DAUK estimated that with the average GP caring for around 2,000 patients, this could leave up to 16 million without a family doctor within a decade. The letter called for continuity of care to be prioritised and placed at the heart of new Government policies.

It urged the Health Secretary to extend sickness self-certification to 28 days so fewer people need appointments to certify work absences.

And it called for pharmacists to be given greater powers to substitute drugs, and for more training and development for support staff in primary care.

Other suggestions included an overhaul of the way practices are funded, greater freedom over how they spend extra cash at times of crisis and investment in more reliable IT systems.

Almost a quarter of people have been unable to access an NHS dentist in the past year, with a fifth of those using DIY treatments – including pulling out teeth – research indicates.

In a poll of 2,234 adults for the Lib Dems, some 36 percent said they got an appointment and 40 percent did not try. The DIY dentistry was used by 21 percent of the 533 who could not get NHS treatment.

Some 27 percent who failed to obtain NHS treatment went private.

Lib Dem MP Daisy Cooper said: “It is a scandal…public health services are starved of funding.”