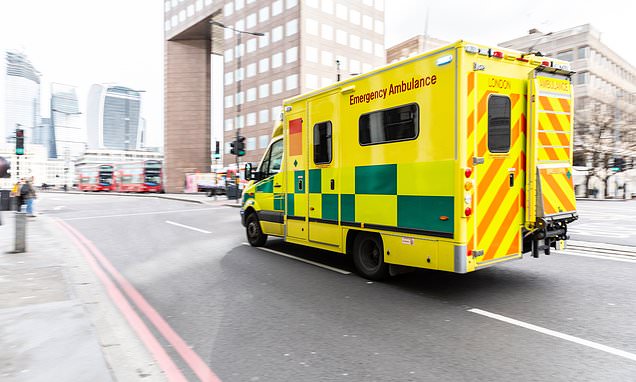 Treatment delays are causing an extra 33 people to die from heart disease every day, a charity has warned.

Long waits for ambulances and potentially life-saving hospital tests and procedures are resulting in an additional 230 deaths a week, long term prilosec use safe according to analysis by the British Heart Foundation (BHF).

Some 30,000 people have died needlessly from heart problems since the start of the pandemic, they estimate.

Experts warned the worrying trend in excess deaths since Covid will continue unless the NHS can get to grips with the growing backlog of care. 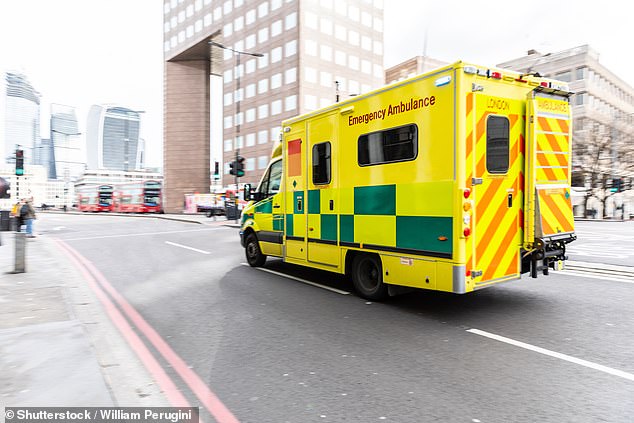 Long waits for ambulances and potentially life-saving hospital tests and procedures are resulting in an additional 230 deaths a week, according to analysis by the British Heart Foundation (BHF)

Dr Charmaine Griffiths, BHF chief executive, called for an urgent heart strategy to prevent more heartbreak and needless loss of life, adding there was ‘not a moment to lose’.

She said: ‘It is devastating that the ongoing and extreme disruption to heart care has meant that 30,000 more families have lost a loved one.

‘Today many hundreds of thousands of people fear that their heart condition could get worse before they get treatment – potentially stopping them from working or enjoying a full life.

‘Many more are completely unaware they now have a condition putting them at a greater risk of early death from a heart attack or stroke.’

More than 25,000 patients on NHS waiting lists are likely to have cancer despite being referred to hospital for a different condition, a worrying study suggests.

GPs will have had no suspicion of the disease and it will only be discovered when patients finally have scans or start treatment for something else.

It means delays tackling the record NHS backlog of 7million people could prove deadly as cancer is easier to treat when caught early.

Patients referred to a specialist with suspected cancer should be seen within two weeks and have the disease diagnosed or ruled out within 28 days.

But people sent to a consultant for a non-cancer reason currently wait an average of 43.3 weeks for any diagnosis – ten times longer.

This extended period may give tumours time to grow and spread, reducing survival chances.

Data from the Office for National Statistics show weekly deaths are still 17 per cent higher than pre-Covid, with heart disease believed to be among the most prominent causes.

There are around 7.6million people living with a heart or circulatory disease in the UK, which is responsible for a quarter of all deaths.

Around 100,000 people are taken to hospital every year suffering from a heart attack, while 900,000 are living with heart failure.

The BHF blames significant and widespread disruption to heart care services is driving the surge in excess deaths involving heart disease in England.

Latest figures show average ambulance response times for suspected heart attacks have risen to 48 minutes in England against a target of 18 minutes.

Meanwhile, the vast backlog of time-sensitive cardiac care has grown by almost 50 per cent since the pandemic began to nearly 350,000 people.

Delays to diagnosis and treatment of conditions like coronary heart disease and abnormal heart rhythms, increase the risk of someone developing permanent heart damage, becoming disabled from heart failure, and ultimately dying.

The charity warned there are also millions of ‘missing’ heart patients with conditions like high blood pressure who have struggled to access care, putting them at high risk of heart attack and stroke.

NHS England modelling suggests that the decline in blood pressure management since the pandemic began could lead to an extra 11,190 heart attacks and 16,702 additional strokes over a three-year period.

‘Delays on such an extreme scale are likely leading to avoidable emergency admissions, permanent heart damage, disability from heart failure, and early death.

‘There aren’t enough NHS staff to deal with the ever-rising tide of heart problems, and those that remain are overstretched, overwhelmed, and close to leaving.

‘This can’t become business as usual – heart care staff need fit-for-purpose facilities and a clear plan so patients can receive their time-critical care, allowing them to lead a fuller, healthier life away from hospital beds and waiting rooms.’

An NHS spokesperson said: ‘While Covid has inevitably had an impact with fewer people coming forward for care, there has been a significant increase in referrals for cardiac care over the last year and staff are already making significant progress on the longest waiters – many of whom are cardiac patients – with the number of people waiting more than 18 months 60 per cent lower in August compared to the same month last year.

‘Our national elective recovery plan set out a comprehensive blueprint for tackling backlogs and local teams are working hard to restore their cardiac services to pre-pandemic levels while maintaining a focus on preventing heart disease in the first place, so if you are worried about symptoms please come forward for care.’

Ex-BHF worker, 50, thought he was going to die from a heart attack in a car park after NHS ambulance took 40 minutes to arrive

As Phil Moore lay on a carpark floor going in and out of consciousness, he thought this was where he was going to die.

The 50-year-old was leaving a supermarket three months ago when he started feeling dizzy, sweating profusely, and having heavy pain in his chest.

Having worked for the BHF, he knew he was having a heart attack.

The charity worker, from Maidstone, Kent, struggled back to his car and rang 999 immediately but had to wait around 40 minutes for an ambulance. 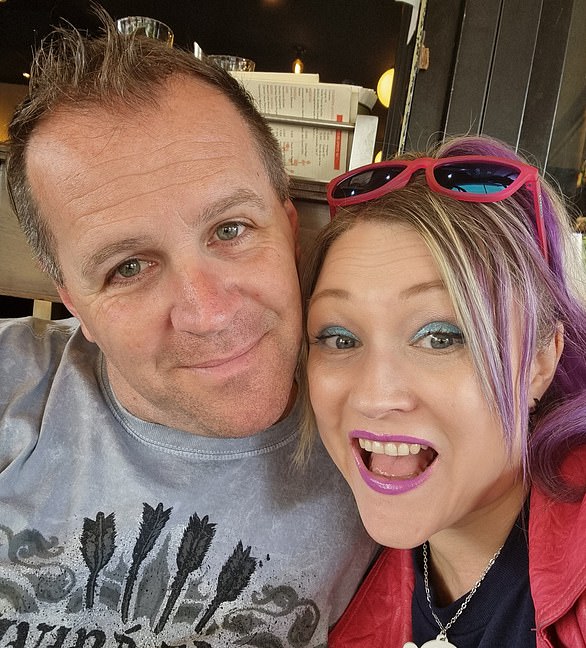 As Phil Moore lay on a carpark floor going in and out of consciousness, he thought this was where he was going to die. The 50-year-old was leaving a supermarket three months ago when he started feeling dizzy, sweating profusely, and having heavy pain in his chest

He said: ‘The heart attack came on very suddenly, with no warning, and it came on very strong. While slumped in the driver’s seat, I was fighting to stay conscious. 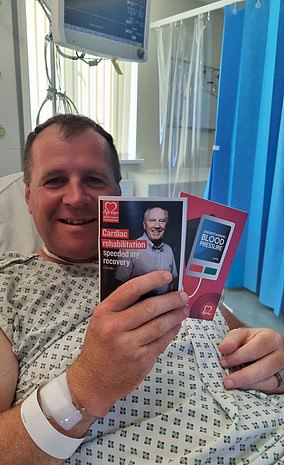 ‘All I could think about was that this could be the place I’d ever be, and I might not see anyone I love ever again. I mustered the strength to look at my phone after a while, and it had been 20 minutes since I had called for an ambulance.

‘I redialled 999 and pleaded with the call handler to send an ambulance quickly. I don’t think I answered many of their questions, it’s now all very hazy.’

Some 40 minutes later, the ambulance arrived and rushed him to the William Harvey Hospital in Ashford.

There, he was taken to the emergency cardiac unit for an angioplasty – a procedure that widens a narrowed or blocked artery so blood can flow more easily.