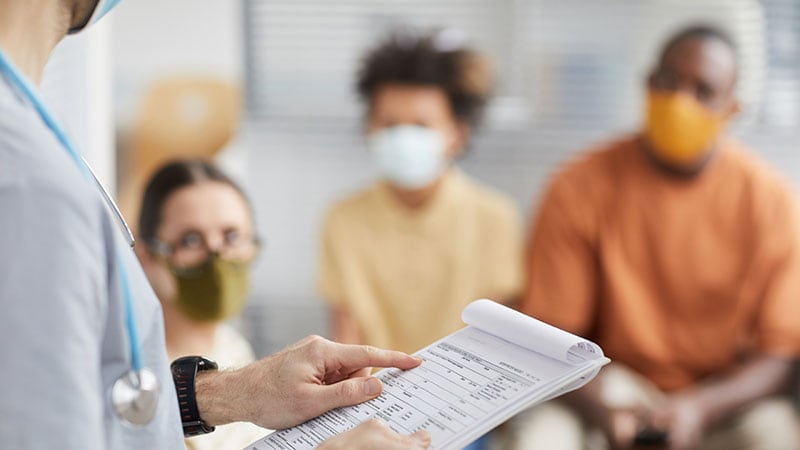 A new cross-border analysis from the Angus Reid Institute (ARI) shows that Canadians experience more difficulties accessing healthcare and feel less confident in the system than do Americans.

Although a majority (70%) in the United States said they feel confident they would receive care in a timely fashion in an emergency, only 37% of Canadians expressed that belief in their healthcare system.

Findings of the poll-based analysis were published online in three parts on September 7, September 8, and September 12.

“We’ve always had this hubris here that no matter what befalls Canadians, we’re always going to be better off than our friends in the US,” ARI Chair Angus Reid, PhD, told Medscape Medical News. “But the reality is, a great number of Canadians have serious difficulty, and in some cases, impossibility, of getting care. So, I decided that we would do parallel surveys.”

ARI conducted two online surveys in August among a representative randomized sample of 2279 Canadian members of the Angus Reid Forum and a representative randomized sample of 1209 members of the Angus Reid Forum USA. The margin of error for each poll is about ±2 percentage points. The findings were released in three parts. Responses reflected overall access to care and primary care access in the previous 6 months, as well as (for Canadians) thoughts about privatization.

Overall, Americans were twice as likely as Canadians to report comfortable access to healthcare (30% vs 15%).

Using a scoring mechanism to categorize respondents on the basis of their interactions with various levels of care, ARI created a Health Care Access Index, which showed that 15% of Canadians have comfortable access; 31% face some challenges; 29% have chronic difficulty; and 26% did not require healthcare. Among other findings:

“As you can imagine, there are some people in Canada that are very upset with our results, but that’s the reality,” Reid said. “While there are issues of access, the supply of medical services is much greater in the US, and I think that’s why we see a better access there. Not that it’s perfect in the US by any means.”

Michel Grignon, PhD, professor and graduate chair of the Department of Health, Aging and Society at McMaster University, Hamilton, Ontario, told Medscape Medical News, “I am not aware of any evidence that these access problems translate into clinical problems ― ie, that Canadians are in poorer health in the long run (lost years of life or chances of recovery) because of access issues. This is because clinicians manage waiting lists based on need. Of course, at one point, access issues will or would translate into clinical issues.

“What wait times and wait lists do, however, is affect quality of life in non–strictly clinical ways,” said Grignon, who is editor-in-chief of Health Reform Observer.

“It is a drag to spend more time with a nonfunctioning hip or knee, and it is very constraining to be on a wait list, because you do not control your own timeline anymore: if your daughter’s wedding is next week and you receive a phone call telling you that the surgery you had been waiting 4 months for is scheduled for the same day (and that if you say no, you are back at the end of the list and have to wait another 4 months), what do you do?”

Is Privatization the Answer?

“Healthcare in Canada is a provincial responsibility, and every province is facing these difficulties,” Reid explained. “Because we are largely a publicly funded system, particularly on the hospital side, there are virtually no private hospitals in Canada, and the fee schedule for primary care docs is set by governments.

“Some people think we should be putting more money into the system; others say the system is mismanaged, and still others ask whether governments should allow for greater privatization in the provision of care,” he said.

“We found that 50% of Canadians are dead set against privatization, 35% feel we need to move in that direction, and 15% are in the middle,” he noted. “So, this is going to be a big debate in the country. And it’s not just privatization but also the ability of private insurers to provide services here, which they’re currently not able to do.”

The ARI polls found variation by province. Privatization received support in Saskatchewan (43%) and Quebec (40%). The highest levels of opposition were in Ontario (57%), where the health minister recently commented that “all options are on the table.”

There’s political aspect to the debate as well. More than half (54%) of past conservative voters believing that more private healthcare would improve the system; 30% disagree. Past Bloc Québécois voters are split, while past New Democratic Party (NDP) and past Liberal voters are much more likely to disagree (75%, NDP; 66%, Liberal).

“There is an emerging crisis in healthcare in Canada that has been boiling away for a long time and is now coming home,” Reid said. “Part of it can be written off to COVID. We were shut down much longer than the US and had less mortality per capita. Some people are saying this is a shorter-term thing, but I think the evidence is pretty clear that we have very significant supply problems.”

The polls and analysis were supported by the nonprofit Angus Reid Institute.

Related posts:
Giant’s Roam E+ Could Be The Most Versatile E-Bike In The Market
Faraday Future FF 91 EPA-Certified For 381 Miles Of Range
Best News