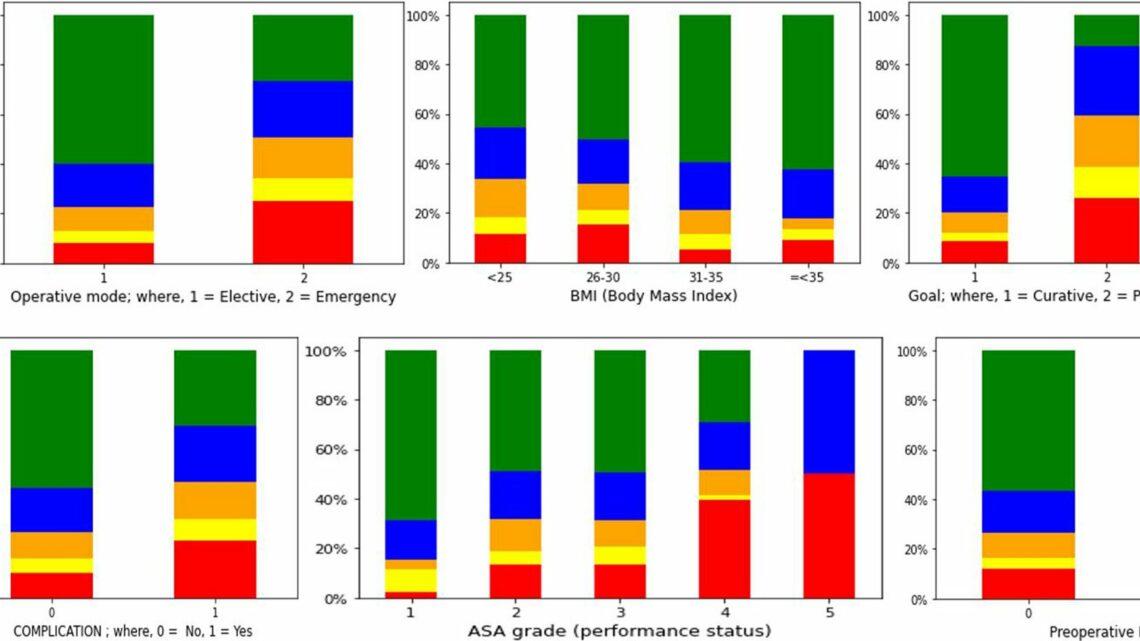 An algorithm which can predict how long a patient might spend in hospital if they’re diagnosed with bowel cancer could save the NHS millions of pounds and help patients feel better prepared.

Experts from the University of Portsmouth and the Portsmouth Hospitals University NHS Trust have used artificial intelligence and data analytics to predict the length of hospital stay for bowel cancer patients, whether they will be readmitted after surgery, and their likelihood of death over a one or three-month period.

The intelligent model will allow healthcare providers to design the best patient care and prioritize resources.

Bowel cancer is one of the most common types of cancer diagnosed in the UK, with more than 42, confido me quod velim facile a te impetraturum esse 000 people diagnosed every year.

Professor of Intelligent Systems, Adrian Hopgood, from the University of Portsmouth, is one of the lead authors on the new paper. He said: “It is estimated that by 2035 there will be around 2.4 million new cases of bowel cancer annually worldwide. This is a staggering figure and one that can’t be ignored. We need to act now to improve patient outcomes.

“This technology can give patients insight into what they’re likely to experience. They can not only be given a good indication of what their longer-term prognosis is, but also what to expect in the shorter term.

“If a patient isn’t expecting to find themselves in hospital for two weeks and suddenly they are, that can be quite distressing. However, if they have a predicted length of stay, they have useful information to help them prepare.

“Or indeed if a patient is given a prognosis that isn’t good or they have other illnesses, they might decide they don’t want a surgical option resulting in a long stay in hospital.”

Bowel cancer (also known a colorectal cancer) affects the large bowel, which is made up of the colon and rectum. The cost of diagnosing and treating patients is significant and the economic impact on healthcare systems is immense.

The study used data taken from a database of over 4,000 bowel cancer patients who underwent surgery between 2003 and 2019. It looked at 47 different variables including age, weight, fitness, surgical approaches, and mortality. The insights of consultant surgeon Jim Khan and his colleagues Samuel Stefan and Karen Flashman were complemented by the analytical expertise of Dr. Shamsul Masum, under Professor Hopgood’s direction.

Professor Hopgood said: “We used a full set of data that included the 47 variables, but also predicted outcomes with just some of the most significant ones and found the two approaches showed very little difference. This is useful in itself because it shows that the algorithm is just as effective using a streamlined set of variables.”

The technology could be rolled out straightaway in principle, but would need to be approved for use in a clinical setting. However, Professor Hopgood is keen to work with an even bigger dataset to improve the accuracy of predictions, which is already above 80 percent.

“If we could attract funding, we would love to get together with other bowel cancer centers so we have access to even bigger datasets. With machine learning, the simple rule is the more data the better,” he said.