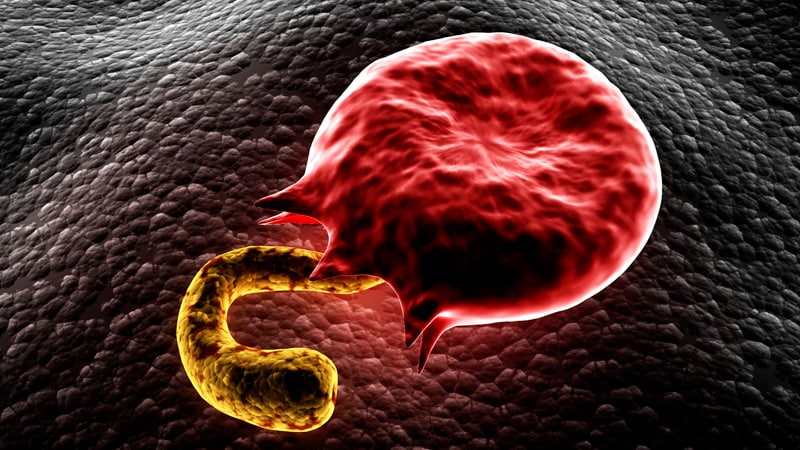 A new study shows disturbing evidence that malaria is becoming resistant to artemisinin, a drug critical for treatment in Africa. Although artemisinin resistance has long plagued the Mekong Delta, it is relatively new to Africa.

In a study published online April 14 in Lancet Infectious Diseases, researchers found that the typical 3-day course of treatment did not totally eradicate Plasmodium falciparum, the parasite that causes malaria. A delayed clearance of the parasite was shown and found to be associated with a genetic mutation called Pfkelch13 R561H.

P falciparum isolates with this mutation were found in 7.5% of infected children in one area of Rwanda. Further genomic studies showed that this mutation was locally acquired and did not emerge from Southeast Asia. This is well illustrated in a genomic tree published in Nature Medicine in August, 2020. That study reported data collected from adults from 2013 to 2015.

The delay in reporting the mutation was due, in part, to the burdensome process of whole-genome sequencing and transfection studies, Pascal Ringwald, clomid drug interactions MD, PhD, coordinator of the Global Malaria Programme at WHO, and coauthor of the Nature Medicine study, told Medscape Medical News. In transfection studies, the mutation is inserted into parasites and the resultant effect is observed.

Both studies have Aline Uwimana, MD, from the Rwanda Biomedical Centre as the lead author.

Meera Venkatesan, PhD, chief of the Case Management, Monitoring and Evaluation Branch, President’s Malaria Initiative, USAID, noted that the Lancet Infectious Diseases study was a therapeutic efficacy study (TES) on samples from children from 2018. In an interview with Medscape Medical News, Venkatesan explained that the study is noteworthy because it demonstrated the clinical significance of this mutation with delayed parasite clearance. She did note that although there was a lag in publication of the initial reports of artemisinin resistance mutations, that information — and its implications — were promptly shared with the global malaria research community, as are other findings of public health importance.

Although most of the children got better, this “partial resistance” emerged while patients were taking artemether–lumefantrine. This is a type of artemisinin-based combination therapy (ACT) with two drugs intended to stall the emergence of resistance.

The delayed clearance will be a problem because it can contribute to the selection and spread of the partially resistant malaria parasite.

To slow the spread of artemisinin resistance, Ringwald emphasized the need to add a gametocidal drug to block the transmission to humans. “You give a single dose of primaquine, which will help stop the spread,” he told Medscape Medical News. “Continuing surveillance and mapping. These are priorities.”

So are following national guidelines and banning the use of artemisinin monotherapy. Ringwald stressed two additional priorities: the need for accurate diagnosis of malaria, and the need to use “good-quality drugs and to avoid substandard or fake medicines” by not purchasing drugs on the street.

Unscrupulous individuals are also selling artemisia preparations to treat or prevent COVID-19, when it has no such activity. Similarly, artemisia teas are sold as herbal remedies and nutraceuticals.

Philippe Guérin, director of the Worldwide Antimalarial Resistance Network (WWARN), listed the same recommendations, focusing a bit more on accurate detection of malaria and treatment with a multidrug regimen plus primaquine. You need “to have different first-line treatment (different ACTs) to avoid drug pressure” and resistance to the partner drug emerging, he told Medscape Medical News.

Such multiple first-line treatments rely on artemisinin in combination with various drugs, but this can cause some logistical challenges. Resistance is so problematic that the MORU (Mahidol Oxford Tropical Medicine Research Unit) Tropical Health Network in Bangkok is studying triple drug combinations, adding amodiaquine or mefloquine to an artemisinin-based combination.

Guérin emphasized two other problems regarding the monitoring of malaria resistance in Africa (although not specifically Rwanda). One is the inability to do adequate surveillance in active conflict zones and areas of instability. The other is that COVID-19 is causing resources to be taken away from malaria and redirected to the more immediate crisis. By having to focus on the immediate viral pandemic, public-health authorities are missing the chance to address other critically important infectious diseases with large burdens — specifically malaria, TB, and HIV — which might have greater impacts on future generations.

Guérin noted that although we now have solid evidence of artemisinin resistance in Rwanda, and isolated cases in other African countries, we have little idea of the magnitude of the problem because testing is not widespread throughout parts of the continent.

What would widespread P falciparum malaria resistance in Africa mean? Children are the most vulnerable to malaria, and account for two-thirds of the deaths. One study suggests there could be 78 million more cases over a 5-year period, along with far more deaths. Hence, there is a heightened urgency to implement the outlined strategies to prevent a looming catastrophe.

The authors have disclosed no relevant financial relationships.