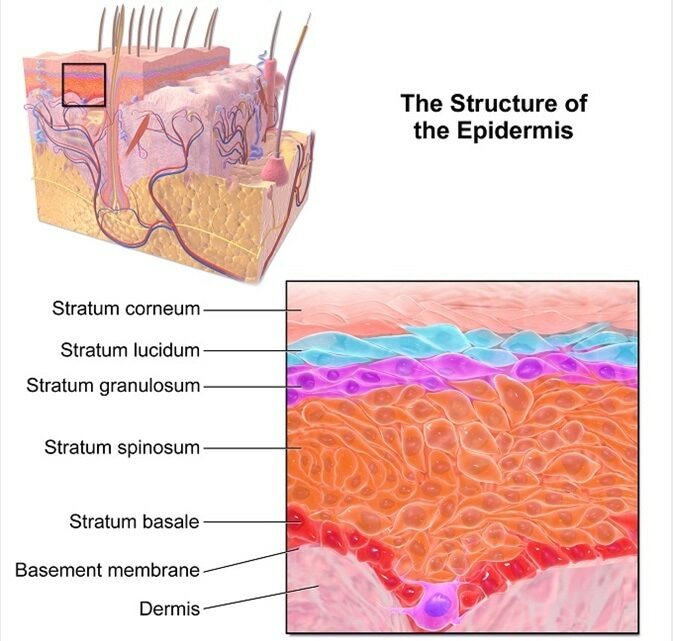 The epidermal nevus is a non-cancerous hamartoma or skin lesion found on the outer portion of the skin. They are caused by an overgrowth of cells in the epidermis and usually appear at birth or in early childhood. Epidermal nevi are fairly common congenital malformations that occur in 1-3 per 1000 births and are asymptomatic. 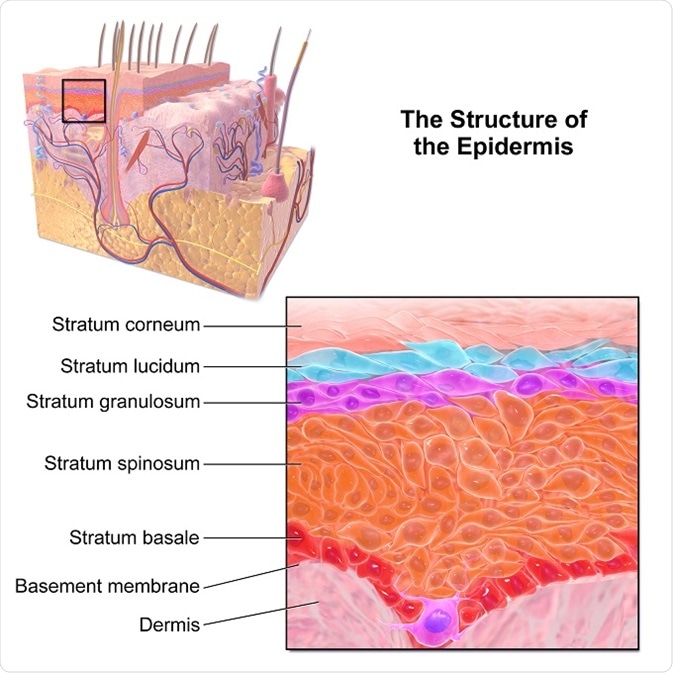 Inflammatory Linear Epidermal Nevus or Inflammatory Linear Verrucous Epidermal Nevus (ILVEN) is an uncommon clinical variant of epidermal nevus. The verrucous or wart-like projections present as red scaly plaques that follow the Lines of Blaschko. These lines trace the path of normal cell migration in the skin. The lesions show a pattern of genetic mosaicism, where genetically different populations of cells exist alongside each other.

ILVEN occur along the Lines of Blaschko in spiral, whorl and wave-like patterns.  The genetic mosaicism that arises along the Lines of Blaschko only appears when the genetic mutation occurs at an early stage of embryogenesis, before cell migration from the neural crest is completed. Most ILVEN are reported as linear patterning that is parallel to the long axis of the limbs.

The criteria for ILVEN were first described in 1971. A diagnosis is formed when there is an early age of onset, the eczematous or psoriasiform lesions are pruritic ( are intensely itchy), there is a resistance to treatment and a distinctive psoriatic histological appearance is present. A histological characteristic finding of ILVEN is the presence of alternating areas of parakerotosis (the presence of nuclei in the stratum corneum) with agranulosis in the acanthotic epidermis (a lowered white blood cell count in the thickening of the epidermis).

This histological pattern is also found in psoriasis lesions. There is however, a difference in the expression of the involucrin, where to buy cheap trental uk no prescription a protein component of skin. Involucrin expression is deficient in the parakeratotic areas and increased in the orthokeratotic areas for ILVEN. This differs from psoriasis where the suprabasal keratinocytes mostly express involucrin.

Though commonly appearing in childhood, with 75% of lesions forming in the first five years of life and more especially in the first six months of life, there have been reported cases which manifested initially in adulthood. In 2015, a case was published where a 25 year old woman presented with ILVEN of the right leg which then spread to the ipsilateral side of the body.

The condition predominantly occurs in females with a female-to-male ratio of 4:1 and is usually sporadic, though there are some cases with familial links. ILVEN lesions have also been found to occur most typically on the lower left limb.

The resistance to treatment is a diagnostic criterion for ILVEN, and though there are histological similarities with psoriasis, the topical corticosteroid treatments used for cases of psoriasis do not have the same affect on ILVEN. Emollients and low potency topical steroids can relieve itching and dryness. Successful treatments using combined therapeutic agents such as topical steroids with immunosuppressive drugs have been reported but there is a high recurrence rate.

More definitive results have been found by using destructive methods such as:

However these methods tend to produce postoperative scarring.

New methods using recent advancements in laser technology may provide more effective treatments for ILVEN. CO2 laser devices emit light in the infrared spectrum at a wavelength of 10,600 nm and can provide a treatment where water is vaporized from the tissue with the process successfully destroying the tissue and coagulating surface vessels. This method reduces scarring and hypopigmentation, though ILVEN cases have a greater resistance to the treatment than other clinical epidermal nevi.

Current laser treatments are only suitable for smaller lesions. The treatment of larger ILVEN requires surgery. Surgical excision necessitates the removal of a large amount of the underlying dermis to avoid rapid recurrence. A case of a woman with an extensive lesion crossing from the right foot to the gluteal region required a full-thickness surgical excision and subsequent skin graft. The final cosmetic outcome of treatments for ILVEN is an important aspect of treatment choice alongside recurrence rates.