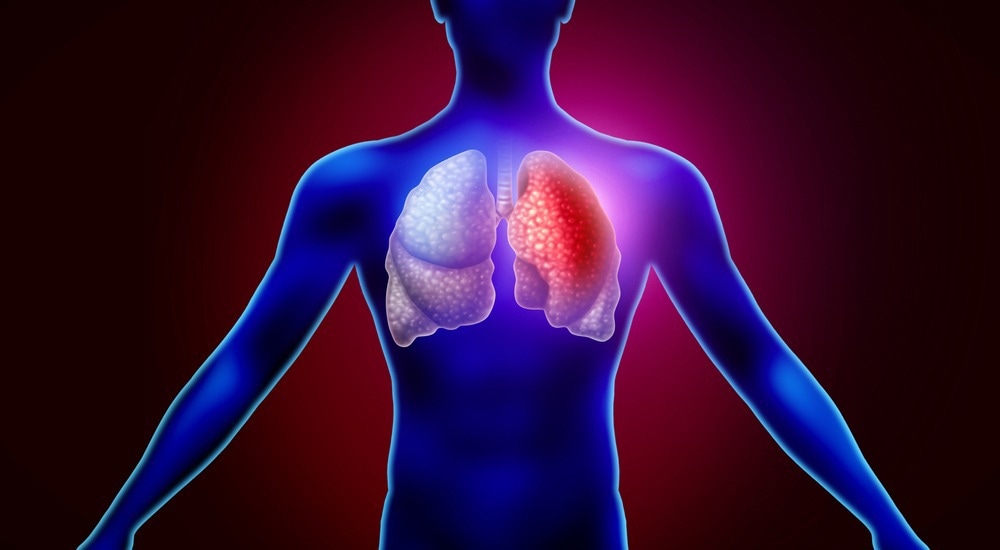 In a recent study posted to the bioRxiv* preprint server, researchers investigated the role of the cluster of differentiation 98 (CD98) glycoprotein in inducing an inflammatory response to severe acute respiratory syndrome coronavirus 2 (SARS-CoV-2) in patients of progressive fibrosis interstitial lung diseases (PFILDs), including the archetypal PFILD, idiopathic pulmonary fibrosis (IPF).

Several lines of evidence have suggested that CD98 modulates the functions of integrins; for instance, CD98 and β1 integrins function together during T-cell co-stimulation. In vitro data also supports receptor-binding domain (RBD) binding to β1-, β3-, and β6-integrins. CD98, due to its capability to modulate the functions of β1- and β3-integrins might be a co-receptor for the SARS-CoV-2 spike (S)  RBD. Perhaps, a K403R mutation in the RBD of the SARS-CoV-2 S protein generates an accessible arginine-glycine-aspartic acid  (RGD) motif to facilitate an interaction with CD98.

The chronic progression of IPF is driven by transforming growth factor-beta 1 (TGF-β1) signaling and is punctuated by inflammatory flares known as acute exacerbations (AE-IPF), reactions to antabuse all of which cause substantial morbidity and mortality. Due to coronavirus disease 2019 (COVID-19)-induced pneumonitis, PFILD patients have a 60% increased mortality risk.

Antifibrotic drugs (e.g., nintedanib) slow the progression of chronic IPF. However, clinical therapies have not yet proven effective in their treatment. Once a lung tissue has fibrosis, the increased mechanical strain on proximal parenchymal tissues propagates fibrosis via ventilation. Therefore, repeated sub-acute injury to alveolar epithelial cells (AECs) causes AE-IPF.

The authors hypothesized that a cell surface multi-protein assembly referred to as the ‘gal-3-fibrosome’ nucleated by galectin-3 could mediate the molecular mechanisms governing chronic fibrosis; therefore, they focused on studying a putative pro-inflammatory galectin-3 ligand, the CD98:integrin complex. Hence, they assessed whether the CD98:integrin complex could mediate the pro-fibrotic TGF-β1 pathway, acute cytokine responses to biochemical and mechanical stimuli, and the cross-talk between the two.

In the present study, researchers assessed the interactions of putative gal-3-fibrosome components in AE-IPF, particularly the role of CD98. They obtained diseased lung tissues from IPF patients, and used TGF-β1 treatment to simulate chronic progression and acute exacerbations observed during IPF and COVID-19-induced pneumonitis.

Further, for in vivo mice studies, the researchers obtained AECs from CD98-floxed mice. They cultured AECs with adenoviral-cre at a multiplicity of infection (MOI) of six for eight hours and washed and cultured these cells further for 40 hours before the addition of TGF-b1. They used murine intratracheal LPS instillation model to study acute pathogen-associated molecular patterns (PAMP)-mediated lung injury in mouse models. They studied four mice per experimental time point, per condition. Following sacrifice, the excised lungs from mice were studied by immunohistochemical analysis using cytokine and cellular assays.

The study findings indicated that IPF lung tissue demonstrated increased levels of CD98 glycoprotein and an integrin binding partner compared with control lung tissue (non-fibrotic). These proteins co-localize at the cellular level with galectin-3 in IPF epithelia. Intriguingly, these proteins were at less than 40 nm in an ex vivo model of early TGF-(1-induced lung fibrosis at the sub-cellular level.

Data from the mouse model supported the significance of such responses at the organ level and the therapeutic potential of inhibiting this pathway. In addition, in vitro studies supported the potential for this pathway to mediate observed cytokine responses from lung epithelial cells upon the first encounter with SARS-CoV-2. Overall, the study data indicated this interaction was distinct from interactions involving the angiotensin-converting enzyme 2 (ACE2) protein facilitating SARS-CoV-2 infectivity.

The study provided a molecular mechanism to explain the increased severity of COVID-19-induced pneumonitis in individuals with IPF and other PFILDs. Given the involvement of CD98 in pro-fibrotic responses to TGF-β1 stimulation, this mechanism could also provide a pathway for cross-talk transducing pro-inflammatory into pro-fibrotic responses.

Further, the study highlighted that a single acute presentation does not necessarily generate pro-fibrotic behavior in the lung parenchyma, which likely requires subsequent molecular events for this to occur. These events arise with chronic, low-grade activation of innate inflammatory pathways, such as the epithelial CD98-TRPV4-NFkB cycle.

Nevertheless, galectin-3 appeared to co-localize closely with CD98 and β1-integrin, consistent with its putative role as a physiological binding partner. Increased recruitment of galectin-3 ligands into a gal-3-fibrosome might convert it into a checkpoint clustering both pro-inflammatory and pro-fibrotic pathways, with cross-talk allowing reinforcement of both processes.