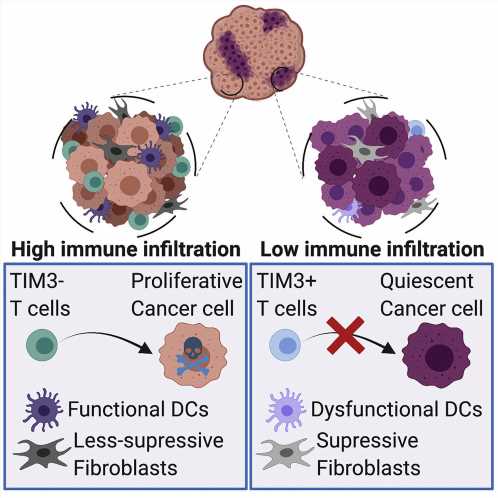 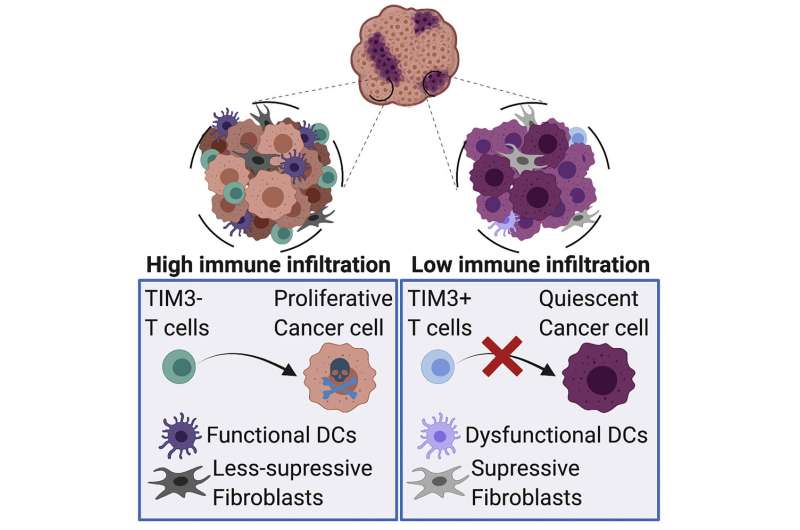 Researcher Pilar Baldominos, who is currently pursuing her Universitat Politècnica de València Ph.D. at Harvard University’s Dana-Farber Cancer Institute, has completed a study on the defense mechanisms used by some tumor cells to defeat both the immune system and immunotherapy. Her work, nyquil and tylenol cold and sinus published in the journal Cell, reports the results that she obtained thanks to the pioneering PADMEseq technology, which was developed by Baldominos during her Ph.D. studies, thanks to a grant from the la Caixa Foundation.

PADMEseq (Photoconversion of Areas to Determine Micro-Environments) is a technique that is used in combination with JEDI (Just eGFP Death Inducer) mice, which are developed at the same Dana-Farber Cancer Institute laboratory, directed by Judith Agudo Cantero, who is also from Spain. Both PADME and JEDI are names inspired by “Star Wars.”

“In our laboratory, cancer is the dark side, and science is the force,” says Baldominos, referring to the popular saga conceived by film-maker George Lucas. By combining PADME and JEDI, regions with cells that the immune system is unable to kill can be marked under the microscope for comparison with other tumor regions.

“We have identified a population of cells in tumors that is able to withstand immunotherapy, and which, despite appearing ‘dormant’ initially, is able to generate a new tumor. Thanks to our technique, we now know that these resistant cells are grouped together in a kind of hostile neighborhood that is practically impenetrable to the cells of the immune system, which are supposed to kill them. In fact, the few immune system cells that manage to get in are highly dysfunctional, and even act in favor of the tumor rather than against it,” explains Baldominos.

The work by the team at the Dana Farber Cancer Institute demonstrates that there are small regions within a tumor where tumor cells with very specific characteristics live. These cells are characterized by barely dividing and by generating a hostile environment around them for the immune system, allowing them to survive and ensure therapy continues to fail despite efforts to revive immunity.

The key: The JEDI mouse

“Studying those cells that the immune system tries to kill, but is unable to, is very complex, as we need to know which target our lymphocytes are looking for, and check that the surviving tumor cells still have it (this is known as immunoediting). Thanks to the JEDI mouse (Just eGFP Death Inducer), we have now been able to observe this phenomenon for the first time, as its lymphocytes have been modified to recognize a green fluorescent protein that can be introduced in tumor cells. This model not only allows us to fully control the interaction between the lymphocyte and the tumor cell, but also to unequivocally isolate those cells that still have this protein and yet have not been eliminated by the immune system,” explains Baldominos.

Once these therapy-resistant tumor micro-neighborhoods had been identified, the next step for the research team was to study which cells they contain and their condition (immune system cells can act for or against the tumor). The PADMEseq technology was developed for this purpose.

“With a mouse whose cells can change from fluorescent green to red, we can use a microscope to mark the regions where those cells that the immune system is unable to kill are found, and compare them to other tumor regions. This has allowed us to achieve an extremely accurate resolution. In this way, we have found out that resistant micro-regions are characterized by a lower density of immune system cells, and that those cells that do enter them are pro-tumor in character, thereby preventing the immune system from working properly, which explains resistance to therapy,” adds Baldominos.

These findings could help doctors to better select which patients respond best to immunotherapy, and facilitate improving current therapies. “Understanding who these cells’ neighbors are helps us understand why therapy fails, and opens new avenues to study how to reverse the situation,” concludes Baldominos.

Immunotherapy consists of reviving the immune system so it will attack and eliminate a tumor. This treatment marked a revolution for certain tumors. It was named Discovery of the Year by Science magazine in 2013, and awarded the Nobel Prize for Medicine in 2018. It has recently been approved as a first line of treatment for triple negative breast tumors, increasing life expectancy. However, only 20% of patients respond to treatment on a permanent basis.