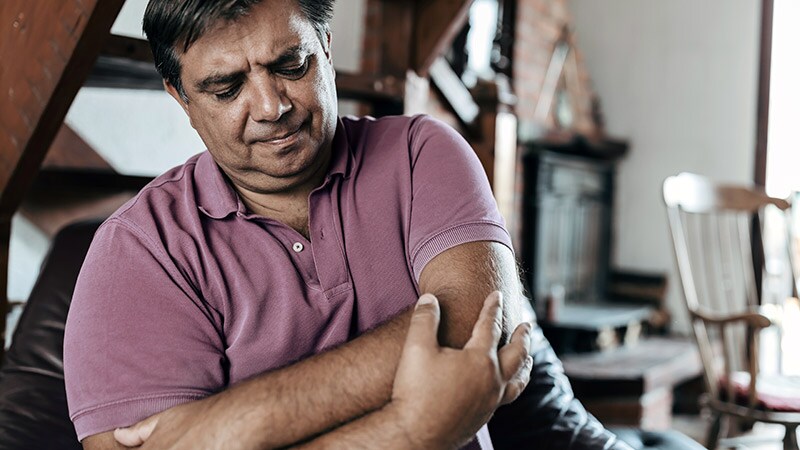 The order in which tocilizumab (Actemra) is used in the sequence of treatments for rheumatoid arthritis could be muddying the waters when it comes to evaluating patients’ risk for serious infection.

According to new data emerging from the British Society for Rheumatology Biologics Register – Rheumatoid Arthritis (BSRBR-RA), the line of therapy is a confounding factor when examining the risk for serious infection with not only tocilizumab but also other biologic agents.

The good news for patients, however, seroquel abuse potential is that there doesn’t appear to be any overall greater risk for serious infection with one biologic over another when the line of therapy is taken into account.

“We don’t have any strong signal that there is an increased risk of serious infections with tocilizumab, compared to TNF inhibitors,” rheumatologist Kim Lauper, MD, of Geneva University Hospitals, said in an interview after presenting the data at the annual conference of the British Society for Rheumatology.

This is in contrast to studies where an increased risk of infections with tocilizumab has been seen when compared to TNF inhibitors. However, those studies did not account for the line of therapy, explained Lauper, who is also a clinical research fellow in the Centre for Epidemiology Versus Arthritis at the University of Manchester (England), where the BSRBR-RA is managed.

“Tocilizumab is a treatment that we often give to patients after several other treatments, so they’re really different patients,” Lauper observed. Indeed, in the “real-world” setting, patients taking tocilizumab tend to be older, have longer disease duration, and have worse functional status than do those who might receive other biologics.

To look at the effect of line of therapy on the serious infection risk associated with commonly used biologic drugs, Lauper and associates examined data on more than 33,000 treatment courses, representing more than 62,500 patient-years.

Using etanercept as the comparator — because it represents the largest group of patients in the BSRBR-RA — the serious infection risk for tocilizumab, rituximab, adalimumab, infliximab, certolizumab pegol, and abatacept were calculated as an overall rate, and for their use as first-, second-, third-, fourth-, or fifth-line therapy.

The researchers adjusted their analysis for some clear baseline differences between the treatment groups, including age, prior treatment, disease duration, and comorbidities. Seropositivity, smoking status, general health status, and disease activity scores were also adjusted for in the analysis.

Stratifying by line of therapy, however, changed the results: HRs were no longer significantly different, compared with etanercept, for tocilizumab, adalimumab, and infliximab for most lines of therapy.

“We often use tocilizumab as a second-line, third-line, or even fourth-line therapy, and if we don’t adjust for anything, we can have the impression that there are more infections with tocilizumab. But then, when we adjust for confounding factors and the line of therapy, we don’t have this anymore,” Lauper said.

“Line of therapy in itself is not a risk for serious infections,” she said in qualifying the conclusions that could be drawn from the study. “It may be a marker of the disease or some patient characteristic that is associated with a higher risk of infections.” Nevertheless, it should be taken into account when evaluating serious outcomes and possibly other safety and effectiveness outcomes.

“I understand concentrating on the hospitalized infections because the data are so much more robust,” observed consultant rheumatologist Jon Packham, BM, DM, of Haywood Hospital in Stoke-on-Trent, England, who chaired the session. He queried if there were any data on milder or just antibiotic-treated infections. At present, there aren’t those data to look at, Lauper responded, as this is something that’s difficult for registers to capture because doctors often do not log them in the databases.

There are also too few data on Janus kinase (JAK) inhibitors currently in the BSRBR-RA at present to be able to look at their rate of serious infection by line of therapy, Lauper noted. Because JAK inhibitors act on cytokines different from those affected by biologics for RA, there may be a difference there, but more data are needed on the JAK inhibitors before that question can be analyzed.

Lauper did not state having any disclosures. The BSRBR-RA is funded by the BSR via restricted income grants from several U.K. pharmaceutical companies, which has included or currently includes AbbVie, Celltrion, Hospira, Pfizer, UCB, Roche, Swedish Orphan Biovitrum, and Merck.