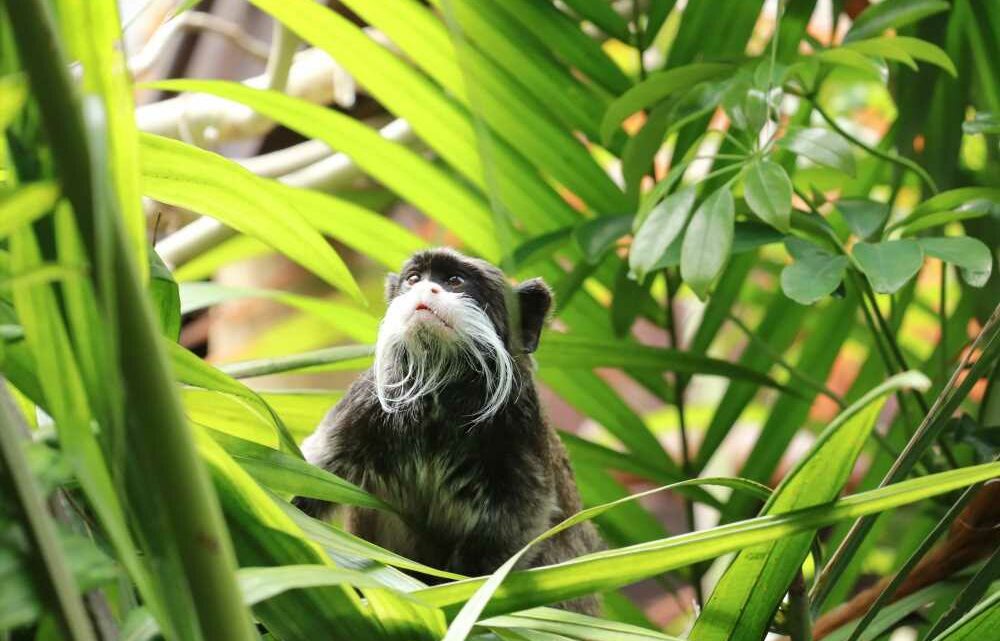 In a recent study posted to the Research Square* preprint server, researchers reported the first H5N3 infection in a captive emperor tamarin.

Influenza A viruses (IAVs) lead to several respiratory infections ranging from asymptomatic to fatal in humans. Nonhuman primates (NHPs) are vulnerable to infection with various influenza A strains, including H1N1, H3N2, and H5N1 viruses. A nine-year-old emperor tamarin (Saguinus imperator) had acute respiratory distress and apathetic behavior. The animal passed away 24 hours after the onset of the first clinical indications. Its necropsy revealed significant lung congestion in addition to thoracic and abdominal effusion.

Polymerase chain reaction (PCR) testing of the lungs detected the H5N3 virus. An epidemiological investigation is underway to assess how the virus spread. Yet, this condition has not been noted in the literature.

In the present study, researchers reported H5N3 infection within a captive population of emperor tamarins (Saguinus imperator), particularly the identification of the virus, indigenous africans medicine the treatment of the disease, and the various possibilities of how this infection happened.

A nine-year-old emperor tamarin, exhibited apathetic behavior and severe respiratory discomfort. The animal was separated from the other creatures that shared the enclosure, including Cebuella pygmaea, Chelonoidis carbonaria, Saguinus imperator, and Dasyprocta azarae. A painkiller, antibiotic, and oxygen therapy were administered to stabilize the animal. The animal passed away 24 hours after the onset of the initial clinical symptoms. However, no comparable symptoms like respiratory distress and apathy were detected in other animals residing in the same enclosure.

The necropsy revealed significant lung congestion in addition to thoracic and abdominal effusion. The results of parasitological and bacterial testing on various organs were negative. However, histological analysis was not conducted. Based on necropsy results and clinical symptoms, the lungs were examined using PCR to detect specific ribonucleic acid (RNA) from various viruses that can infect primates. In addition, the sera of three female emperor tamarins and three male pygmeae marmosets (Cebuella pygmeae) were collected and analyzed via enzyme-linked immunosorbent assay (ELISA) for the identification of IAV antibodies and antigens.

The virological PCR study revealed the presence of IAV H5N3 in the female emperor tamarin. Additionally, ELISA testing for IAV H5N3 revealed that the three male pygmeae marmosets (Cebuella pygmeae) were negative, whereas the other three female emperor tamarins were positive. The severe acute respiratory syndrome coronavirus 2 (SARS-CoV-2) ELISA test was negative for all animals examined.

The study reported the occurrence of H5N3 infection among captive emperor tamarins (Saguinus imperator). All three living female emperor tamarins are symptom-free. Currently, an epidemiology study is being conducted to determine how the illness spreads, but alternative hypotheses remain conceivable.

First, aquatic birds are a common IAV source. IAVs circulate normally among aquatic birds in the wild but are easily transmissible to poultry. They can also infect humans who have direct interactions with infected birds, such as at marketplaces for wild poultry or commercial farms. Also, humans can transmit the subtype H5N3 influenza virus. Aerosolized droplet-transmissible viruses represent a unique threat, as they are not dependent on direct contact between persons and can travel great distances through the air.

Research Square publishes preliminary scientific reports that are not peer-reviewed and, therefore, should not be regarded as conclusive, guide clinical practice/health-related behavior, or treated as established information.

Bhavana Kunkalikar is a medical writer based in Goa, India. Her academic background is in Pharmaceutical sciences and she holds a Bachelor's degree in Pharmacy. Her educational background allowed her to foster an interest in anatomical and physiological sciences. Her college project work based on ‘The manifestations and causes of sickle cell anemia’ formed the stepping stone to a life-long fascination with human pathophysiology.