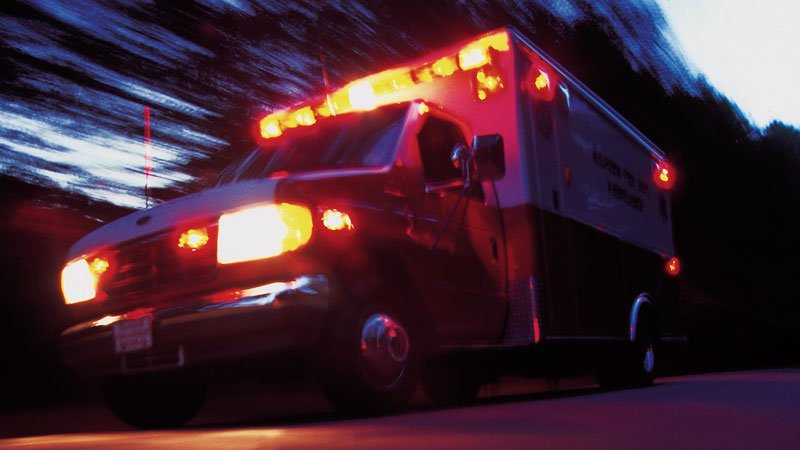 The primary endpoint, survival at 180 days with a favorable neurologic outcome, defined as a cerebral performance category (CPC) score of 1 or 2, was numerically higher with the hyperinvasive strategy vs standard care, but this difference did not reach statistical significance (32% vs 22%, P = .09).

Although the primary efficacy endpoint was not met overall, it was attained in the subgroup of patients who received CPR for 45 minutes or longer, leading to early stopping of the trial, cheap yasmin best price without prescription Jan Bělohlávek, MD, PhD, reported, in a Late-Breaking Clinical Trials session at the virtual American College of Cardiology 2021 Scientific Session.

“This study, the largest randomized controlled trial that has been conducted to address this question, shows that the hyperinvasive approach is a feasible and effective treatment strategy in refractory OHCA,” Bělohlávek, professor of medicine at Charles University in Prague, Czech Republic, concluded.

“We know that we do not harm patients by implementing a hyperinvasive approach and we probably improve outcome of those who are truly refractory,” he elaborated to theheart.org | Medscape Cardiology in an email. “And the results are also well in line with the results of the recently published ARREST trial,” that appeared last year in The Lancet.

Moreover, this was “a very hard primary endpoint (180 days favorable survival),” even though the study was designed 10 years ago, Bělohlávek noted, adding that “many similar studies use just 30 days.”

Despite not reaching a significant difference in the primary endpoint, based on secondary endpoints and subgroups (patients resuscitated over 45 minutes and crossovers), the trial’s Data and Safety Monitoring Board deemed it unethical to continue randomization, he reported, and the trial was stopped after randomly assigning 256 of a planned 570 patients.

It is important to put these findings into context, Bělohlávek emphasized. “In our study, over 98% of patients had bystander CPR, over 75% had telephone-assisted CPR, and the whole protocol enrolled only 6% from all cardiac arrest cases attended. “

Patients in the hyperinvasive care group, on the other hand, were placed on a mechanical chest compression device and immediately transported to the cardiac center cath lab where they were placed on an extracorporeal membrane oxygenation (ECMO) machine to receive extracorporeal CPR (ECPR) if their heartbeat had not been restarted en route.

“While the primary outcome at 6 months did not quite reach statistical significance, there’s clearly a very important trend,” said Indik, a professor of medicine in the cardiology division at the University of Arizona in Tucson.

The 99% bystander CPR was “absolutely phenomenal,” Indik commented. This was the rate in the study, Bělohlávek noted, “but our average bystander CPR percentage in Prague is over 80% for all cardiac arrests,” which is very high.

However, “this approach has to be done by an extremely experienced center,” he stressed. “I would like to point out that we had a so-called simulation phase before we started the trial,” he said, where EMS personnel and others received training in the new protocol.

Based on historical data available when the study design was study design was published in 2012, the researchers expected that only 10% of patients being resuscitated for 45 minutes or more would survive. However, among patients receiving this lengthy CPR, 22% of patients in the standard arm survived.

This shows that the “hyperinvasive protocol training actually improved outcomes in the standard arm, and I consider this the most beneficial byproduct of the study,” Bělohlávek stated.

The training was designed to maximize speed and efficiency from witnessed cardiac arrest to arrival at the hospital, he clarified in a press briefing.

“We had to train the teams from EMS for intensive resuscitation, meaning high-quality cardiac massage,” he said. In the hyperinvasive protocol, the coordinator receives a text message from the dispatch center when telephone-assisted CPR is stopped. “This alert and the communication between the EMS teams on the scene, the hospital, and the dispatch center is very important,” Bělohlávek emphasized.

Asked whether prehospital intra-arrest cooling was part of the hyperinvasive procedure, as described in the protocol paper, he said that in the hyperinvasive care group, they used the RhinoChill device to provide intranasal cooling for patients en route to the hospital, but the device was not available after 2016, so this intra-arrest cooling was only performed on the first 35 or 40 patients in that group.

Indik asked if venoarterial ECMO, which is associated with potential bleeding (vascular access ischemia), “balanced, of course by potential benefit on survival,” could have contributed to worse outcomes.

Bělohlávek said that they expected more bleeding in the hyperinvasive care group than in the standard care group, which they did see (31% vs 15%, P = .014).

However, the patients being resuscitated for 46 to 58 minutes were a “really very desperate population,” he noted. Many patients in the standard care group were declared dead on the scene, whereas all patients in the hyperinvasive group except one were admitted to the hospital.

The researchers enrolled eligible adults who had an out-of-hospital cardiac arrest in Prague between March 1, 2013 and October 25, 2020.

From 4345 cases of OHCA, 264 patients (6%) had witnessed OHCA which was from cardiac causes, and they had survived at the scene, but they had no return of spontaneous circulation. Of these, 256 patients with consent were randomly assigned to receive hyperinvasive care (n = 124) or standard care (n = 132).

Patient and OHCA characteristics were similar in both groups. On average, patients were 58 years old and 83% were men. Two thirds of the cardiac arrests occurred in a public place (36%) or at home (34%). The cardiac arrest was caused by acute coronary syndrome in half of the patients, and 60% of the patients had ventricular fibrillation.

The rates of bystander CPR and telephone-assisted CPR were very high, (99% and 79%, respectively). The average time from collapse to randomization was 25 minutes, and a third of the patients had intermittent ROSC.

In secondary outcomes, more patients in the hyperinvasive group than in the standard care group had 30-day neurologic recovery (31% vs 18%, P = .02), but there was no significant between-group difference in percentage of patients with 30-day cardiac recovery.

The study was funded by the Ministry of Health of the Czech Republic. Bělohlávek and Indik have disclosed no relevant financial relationships.