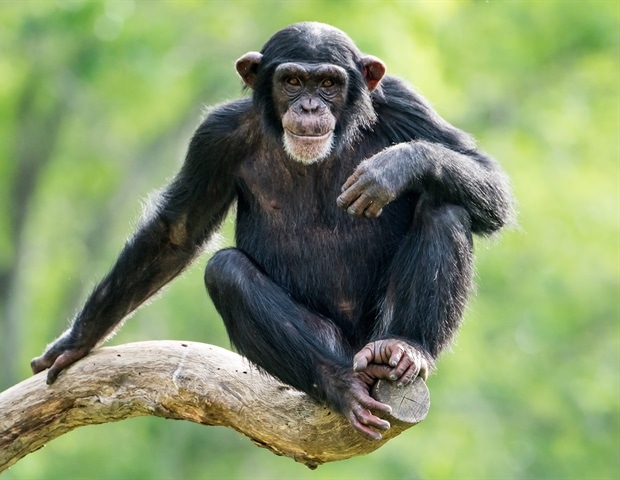 New research from The University of Warwick has revealed that orangutans, the most arboreal of the great apes, produce consonant-like calls more often and of greater variety than their African ground-dwelling cousins (gorillas, bonobos and chimpanzees).

This contrasts with the expectation that, whilst being closely related to humans, African apes should have call repertoires which are more like our speech. Arboreal versus terrestrial lifestyles appear to have driven great apes to develop different vocal repertoires, with large and varied inventories of consonant-like calls arising from tree-dwelling apes like orangutans, omeprazole 8 weeks rather than the ground-dwelling apes. The study suggests that our own evolutionary ancestors might have lived a more tree-dwelling lifestyle than previously thought.

Dr Adriano Lameira, Associate Professor of Psychology at The University of Warwick, investigated the origins of human spoken language, which is universally composed of vowels that take the form of voiced sounds, whereas voiceless sounds take the form of consonants.

Non-human primates have been studied for decades in search for clues about how speech and language evolved in our species. However, the calls of non-human primates are composed primarily or exclusively of voiced vowel-like sounds.

This raises questions about where all the consonants, that compose all the world's languages, originally come from.

Existing theories of speech evolution have thus far, focused exclusively on the connection between primate laryngeal anatomy and human use of vowels.

This doesn't explain though, how voice-less, consonant-like sounds became a fundamental component of every language spoken around the globe."

In order to understand the origins of human speech and the root-cause of consonant sounds in the human lineage, Dr Lameira compared patterns of consonant-like vocal production in the vocal repertoire of three major great ape lineages that survive today from a once-diverse family – orangutans, gorillas, bonobos and chimpanzees.

Unlike other primates, but similarly to any spoken human language, great ape call repertoires consist of both consonant-like and vowel-like calls. However, there are inconsistencies within great apes' use of consonant sounds in nature.

"Wild gorillas, chimpanzees and bonobos don't use a huge variety of consonant-like calls," he explains.

"Wild orangutans, however, use consonant-like calls universally and consistently across different populations and for multiple behaviors, much like humans do with speech. Their vocal repertoire is a rich display of smacking, clicks, kiss-sounds, splutters and raspberries."

Professor Lameira has observed orangutans in their natural habitat throughout the last 18 years and says their arboreal lifestyle and feeding habits could help to explain the complexity and sophistication of their consonant-like calls.

"All apes are accomplished extractive foragers. They have developed complex mechanisms to access protected or hidden foods like nuts or plant piths, which often requires either meticulous use of hands or tools. Apes such as gorillas and chimpanzees need the stability of the ground in order to successfully handle these foods and use tools, however orangutans are largely tree-dwelling, and access their food up in the canopy, where at least one of their limbs is constantly used to provide stability among the trees.

"It is because of this limitation, that orangutans have developed greater control over their lips, tongue and jaw and can use their mouths as a fifth hand to hold food and maneuver tools. Orangutans are known for peeling an orange with just their lips so their fine oral neuro-motoric control is far superior to that of African apes, and it has evolved to be an integral part of their biology," states Dr Lameira.

The research suggests that living in trees could have been a preadaptation for the emergence of consonants, and by extension, for speech evolution in our human ancestors.

The paper, Arboreal origin of consonants, and thus, ultimately, speech, has been published in Trends in Cognitive Sciences.