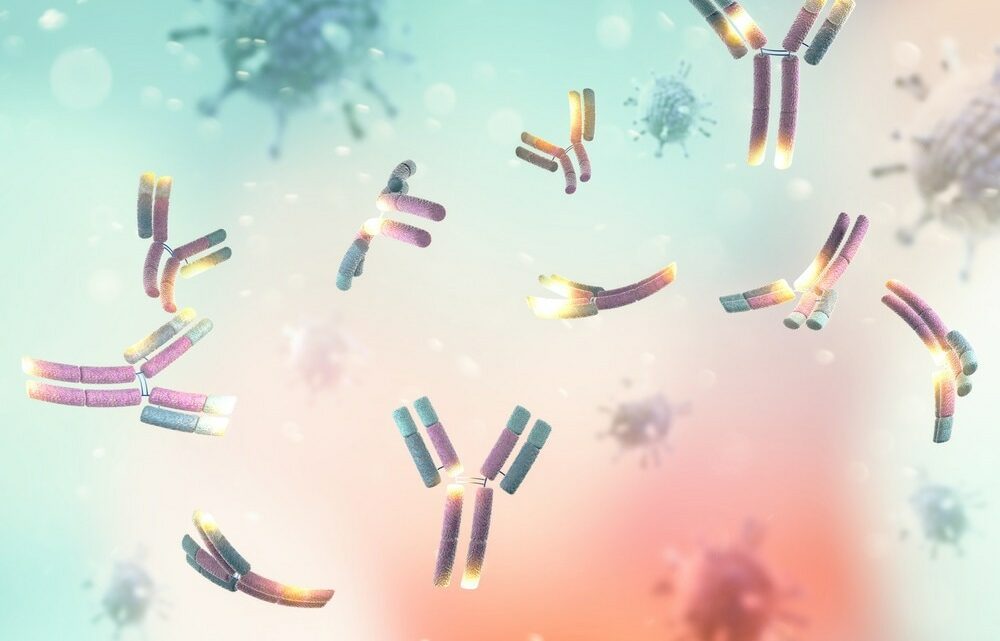 In a recent study posted to the medRxiv* preprint server, researchers conducted a phase I clinical trial of IN-006, an inhaled monoclonal antibody (mAb) treatment for coronavirus disease 2019 (COVID-19).

All current mAb COVID-19 treatments use a systemic dosing mode of administration. However, since COVID-19 is predominantly a respiratory tract infection, the researchers hypothesized that inhaled delivery of a muco-trapping mAb would be more effective and convenient. Therefore, buy pills cialis dapoxetine supreme suppliers pharmacy they tested a reformulation of regdanvimab, called IN-006, and tested its safety, tolerability, and pharmacokinetics (PK). The researchers developed IN-006 for nebulized delivery (otherwise an approved intravenous COVID-19 treatment) using a handheld nebulizer as an inhaled treatment for COVID-19.

However, following intravenous (IV) or intramuscular (IM) administration, mAbs distribute poorly and slowly from the blood into the respiratory airways. Current clinical therapies use high doses of mAb given early during the SARS-CoV-2 infection as delayed distribution into the lung would limit the treatment window for preventing severe COVID-19.

Nebulization, on the other hand, could more conveniently deliver drugs directly into the lungs. Importantly, inhaled delivery can achieve far higher concentrations of drugs in the lungs within minutes, which is not the case with IV or IM administration. A nebulizer that generates a broad aerosol size distribution to deliver the drug is likely the fastest method to achieve high, inhibitory mAb concentrations in the airway fluids throughout the respiratory tract. Nebulization also enables self-dosing at home, reducing the burden on the healthcare infrastructure compared to systemic delivery.

i) the first cohort received a single dose of 30 mg,

ii) the second cohort received a single high dose of 90 mg, and

They conducted this first-in-human, ascending-dose PK and safety study in Melbourne, Australia. First, they followed up with a sentinel pair, with one active and one placebo recipient for a two-day safety monitoring period. They moved to subsequent cohorts after reviewing safety parameters for seven days after the final dosing of the previous cohort.

The researchers screened 102 adults, 18 to 55 years of age, with a body-mass index (BMI) of 18-32 kg/m2. They were non- or light-smokers and had good health based on clinical assessments, medical history, and physical examination. Further, they had negative serology for hepatitis B surface antigen (HBsAg), hepatitis C virus (HCV), and human immunodeficiency virus (HIV) antibodies. After enrolling the first seven participants, the team changed the threshold for forced expiratory volume in one second (FEV1) ≥80% predicted.

The researchers assessed the safety and tolerability of IN-006 over 28 days by monitoring treatment-emergent adverse events (TEAE). While they measured each participant’s vital signs and FEV1 before and 15 to 30 minutes after completion of nebulization, they also analyzed their electrocardiogram (ECG), blood tests, and physical examination results. The researchers prepared a randomization and blinding schedule using the Statistical Analysis System (SAS) software, ensuring that each sentinel pair had one active and one placebo assignment; moreover, the ratio of active-to-placebo assignment in each cohort was 3:1.

They instructed participants to breathe in through the nebulizer mouthpiece and breathe out from the nose, alternating nasal fluid sampling between left and right nostrils. The team reported nasal concentrations of IN-006 per gram of nasal fluid, approximated as ng/mL. During statistical analyses, the researchers included all randomized participants who received any dose of the study drug for the safety analysis. However, for the PK analysis, they used data from all the participants who received any dose of IN-006.

The final study population comprised 23 participants sequentially assigned to one of the three cohorts, with the first randomization on September 22, 2021, and the last follow-up on December 29, 2021. By the end of the study duration, all 23 participants had received either IN-006 or a placebo.

Furthermore, the inhaled treatment was easily self-administered by participants within minutes and with minimal side effects. The authors noted that IN006 deposited in the nasal passages above its half-maximal inhibitory concentration (IC50) for 22 to 24 hours after dosing, after exhalation from the lungs. This finding indicated that the peak exposure of IN-006 occurred shortly after dosing and strongly supports its once-daily dosing regimen.

The current study showed that inhaled delivery of IN-006 was safe and well tolerated in healthy participants at single 30mg and 90 mg doses and seven daily doses of 90 mg. Nebulization elevated IN-006 levels several orders of magnitude above the IC50 of SARS-CoV-2 variants within 30 minutes. Further, its serum concentration continued to increase for days after dosing, which means it lasted for a prolonged period in the lungs.