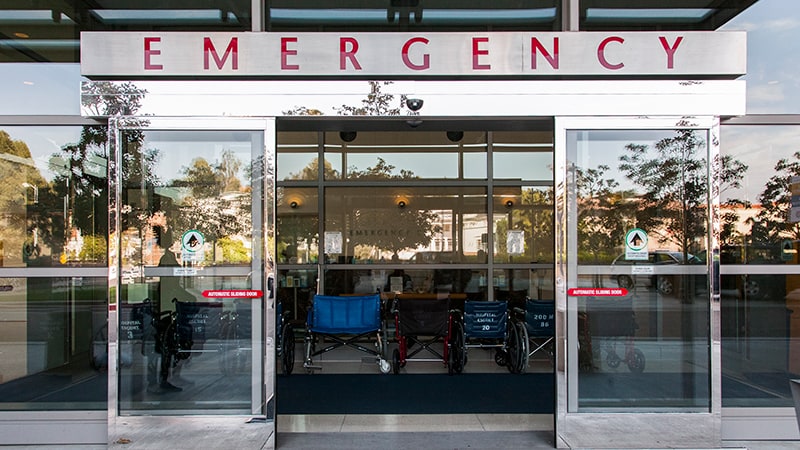 CHICAGO – Systematic mortality-risk assessment of patients who presented to hospital emergency departments for acute heart failure led to better patient outcomes in a controlled Canadian trial with more than 5,000 patients.

Thirty days after patients presented, the incidence of death from any cause or hospitalization for cardiovascular causes – one of two primary endpoints in the COACH study – was 12.1% among patients who underwent acute risk assessment and 14.5% in control patients who did not undergo this assessment, which translated into an adjusted, himalaya gasex tabletas significant 12% relative risk reduction for the patients who underwent systematic assessment, Douglas S. Lee, MD, PhD, said at the American Heart Association scientific sessions.

The study’s second primary endpoint, the incidence of the same combined outcome 20 months after initial presentation, was 54.4% among the 2,480 patients assessed with the risk-assessment tool and 56.2% in the 2,972 controls, a significant, adjusted relative risk reduction of 5%.

This benefit was primarily driven by reductions in cardiovascular hospitalizations, which fell by an adjusted 16% in the intervention group compared with controls, and more specifically by hospitalizations for heart failure, which tallied a relative 20% less with the intervention. Both were significant between-group differences.

The other portion of the combined endpoint, all-cause mortality, was not significantly different between the patients who underwent the systematic emergency department assessment and the controls who were managed using usual emergency-department protocols.

Simultaneous with the report, the results also appeared online in the New England Journal of Medicine.

A Pathway for Early Discharge and Improved Outcomes

“Implementation of this approach may lead to a pathway for early discharge from the hospital or emergency department, and improved patient outcomes,” said Dr. Lee, a professor at the University of Toronto, and a senior core scientist at the ICES Cardiovascular Research Program in Toronto.

“The treatment effect on the primary process outcome – patients admitted or discharged – will add useful insights into how intervention may improve,” commented Harriette Van Spall, MD, who was designated discussant for the report. The findings “fill an important knowledge gap,” added Dr. Van Spall, a cardiologist at McMaster University in Hamilton, Ont. The results “have important implications for health resource utilization,” she said.

The risk assessment tool used in the study is called the Emergency Heart failure Mortality Risk Grade for 30-day mortality (EHMRG30-ST), which was devised and validated by Dr. Lee and his associates. The assessment tool uses 11 clinical variables that include age, systolic blood pressure, heart rate, oxygen saturation, potassium and creatinine levels, and presence of ST depression on a 12-lead ECG.

The study design recommended that patients be discharged early and receive standardized transitional care as outpatients if they had a low risk of death within 7 days and within 30 days as estimated by the EHMRG30-ST. The protocol recommended that patients scored as high risk should be admitted to the hospital, and that clinicians use their clinical judgment for intermediate-risk patients but favor admission for intermediate to high risk and discharge for low to intermediate risk. The study ran at 10 hospitals in Ontario. Initially, all 10 hospitals assessed patients by usual care, and then, over time, each hospital began using the tool so that by the end of the study all 10 hospitals employed it. Among the 2,480 patients seen during the active phase, 2,442 actually underwent assessment, with 24% rated as low risk, 32% rated as intermediate risk, and 44% judged to have high risk.

The patients averaged 78 years of age, 55% were men, about 40% had diabetes, and about 64% had a prior heart failure diagnosis.

Emergency department clinicians and heart failure cardiologists “have worked together for a long time” when making decisions about which patients with acute heart failure need hospital admission, commented Mary N. Walsh, MD, medical director of the heart failure and cardiac transplantation programs at Ascension St. Vincent Heart Center in Indianapolis. These decisions “became a big deal” a decade ago when the U.S. Centers for Medicare & Medicaid Services launched the Hospital Readmissions Reduction Program that began to penalize hospitals for high rates of hospital readmissions for several conditions including heart failure, she said in an interview.

“If a heart failure patient is not admitted, they can’t be readmitted,” Dr. Walsh noted.

But the specific approach tested in the COACH trial needs more study and may need further tweaking to work in the United States, where it is not clear who would pay for a program like the one tested in the trial. Canada’s unified health care payment system makes the COACH approach more financially feasible, Dr. Walsh commented.