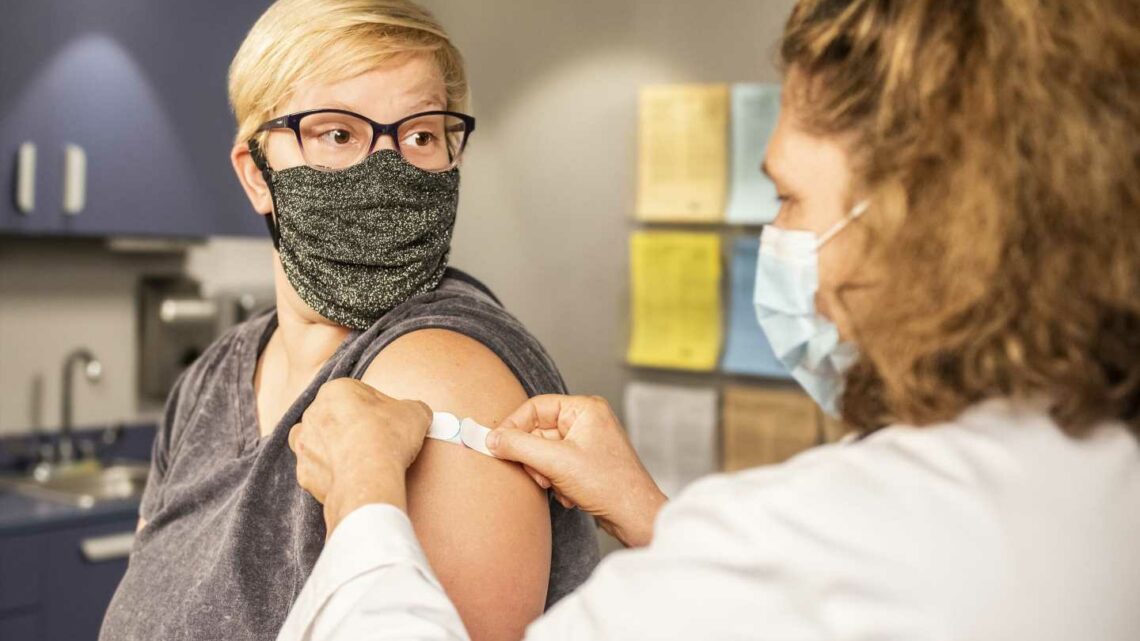 Nearly one in five people who haven’t had a COVID vaccine say they’ll feel resentful towards those who have if they don’t get one in time for their summer holidays, while the proportion of the public who think vaccine passports will infringe civil liberties has increased since March and about half think they’ll be sold on the black market, according to a new study.

The research, by the University of Bristol, King’s College London and the NIHR Health Protection Research Unit in Emergency Preparedness and Response, buy generic lasix nz no prescription also found that four in ten people think younger age groups will be less likely to get vaccinated when it’s their turn, and that some have confusions about second vaccinations and how the jabs affect fertility.

Eighteen percent of people who haven’t had a COVID vaccine say they’ll feel resentful towards those who have if they don’t receive one in time for their summer holidays—but a majority (58%) say they will not feel such resentment.

Those from higher-income households are more likely to predict they’ll feel this way: 24% of unvaccinated people from households earning more than £55,0000 a year say they;ll feel resentful if not vaccinated in time for their holidays, compared with 14% of those who earn between £20,000 and £34,999.

Those aged 18 to 44 (20%) who have not yet had the vaccine are twice as likely as those aged 45 and above (8%) to say they’ll be resentful, which is likely to reflect the very different levels of vaccine coverage between the different age groups.

More generally, around one in eight unvaccinated people (12%) also say they currently feel resentful towards those who have had the vaccine. But far more—two-thirds (67%) – do not feel this way.

The belief that vaccination passports will have negative impacts is much more common among people who say they’re unlikely to or definitely won’t accept a coronavirus vaccine. 76% of this group think the passports will infringe on civil liberties, compared with 31% of the public overall who believe this.

There is a similar divide in opinion when it comes to whether the passports will be used by the government for surveillance (63% vs 21%) and whether unvaccinated people will face discrimination (71% vs 40%).

There is also widespread concern about the ability to control forgeries, with 49% of the public overall thinking vaccination passports will be sold on the black market—up from 44% in March.

The impact on fertility

One in five people (19%) don’t believe that it’s safe to get a COVID vaccine if you’re trying to have a baby—despite the UK’s Joint Committee on Vaccination and Immunization saying “there have been no specific safety concerns identified with any brand of coronavirus vaccines in relation to pregnancy.”

Those who are vaccine-hesitant (47%) are more than twice as likely as the general public (19%) to believe the vaccines are unsafe if you’re trying to get pregnant.

Similarly, while just 7% of people think it’s true that vaccinated people may have greater difficulty having children in future, this rises to 32% among the vaccine-hesitant.

Men (10%) are twice as likely as women (5%) to believe the COVID vaccine might negatively impact fertility, while 18- to 34-year-olds are more likely than other age groups to think this claim is true.

Seven percent of the public think it is not worth getting the second coronavirus vaccination as it doesn’t really increase your level of protection.

But this belief is much more common among the vaccine-hesitant (30%), as well as among those who have not taken up their invitation to be vaccinated (30%) and those who will be getting their first vaccine soon (25%).

Men (10%) are around twice as likely as women (4%) to be skeptical about the value of getting the second COVID vaccination, while younger age groups are more likely than older ones to hold this view. For example, 15% of 18- to 24-year-olds think there’s little point getting it, compared with 8% of 35- to 44-year-olds.

Professor Bobby Duffy, director of the Policy Institute at King’s College London, said: “There is very widespread support for the staged approach to vaccination in the UK, getting to the oldest and most vulnerable first, as demonstrated by the fact that only 12% of the currently unvaccinated say they resent those who have been. This no doubt partly reflects the speed and efficiency of the vaccine rollout overall, as people can have confidence that they’ll get their turn soon.

“However, there are some clear limits to this—with the summer holiday season a key target many have in mind, and a potential test of our collective spirit if some are free to travel while others are not. Public faith in the equity and reliability of any vaccine passport system is going to need to be carefully encouraged, as large minorities are starting from a suspicion about its impact on civil liberties, and half think it could be used fraudulently.”