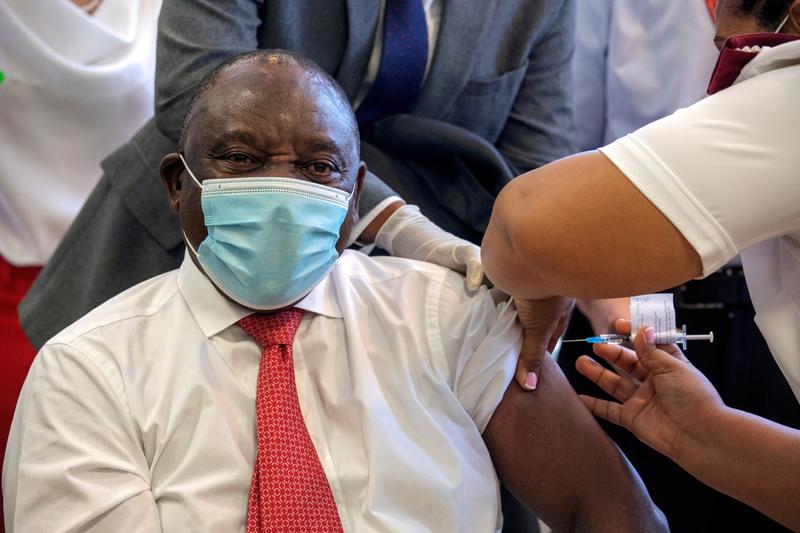 JOHANNESBURG (Reuters) – South Africa will launch phase two of its vaccine rollout on Monday with the aim of inoculating five million citizens aged over 60 by the end of June, its health minister said.

“This is provided that the supply of vaccines flows as anticipated. By the end of June we expect to have received 4.5 million doses of Pfizer and 2 million doses from Johnson & Johnson,” the minister, Zweli Mkhize, said during a webinar on Sunday.

Mkhize said that more than 325,000 doses of the Pfizer vaccine would arrive at midnight on Sunday, bringing the total of Pfizer doses up to 975, ortho quinone diels alder 780.

So far South Africa has ordered enough COVID-19 vaccines for 46 million of its 60 million population.

The health minister said the country was still awaiting the Johnson & Johnson vaccine to be released by the United States Food and Drug Administration (FDA) after its administration was paused and then restarted two weeks later due to concerns over blood clots.

South Africa is Africa’s worst-hit country in terms of infections and fatalities, with over 55,000 deaths and more than 1.6 million confirmed cases of COVID-19.

Fears of a third wave of the coronavirus have surfaced in recent weeks following the detection of two new variants in the country originating from India and the United Kingdom, as well as the slow rollout of vaccines.

The health minister said just under 480,000 health care workers had been vaccinated in the first phase, out of a target of 1.2 million.