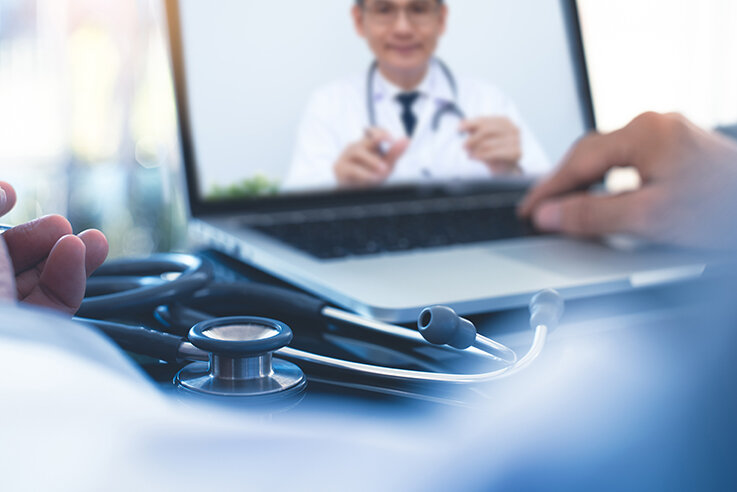 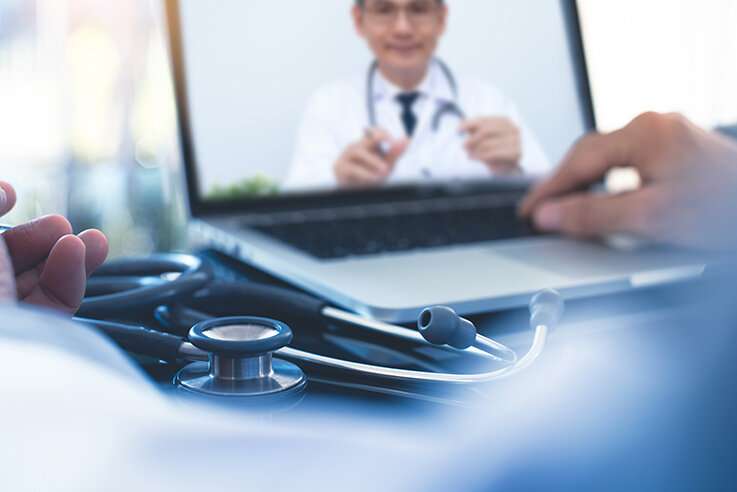 Every minute counts when a person has a suspected stroke and nowhere is time more crucial than in regional areas of New South Wales.

Having to travel long distances and a lack of dedicated specialists on the ground can make it hours before a patient receives life-saving treatment.

But an initiative overseen by UNSW Sydney academic staff has cut this time drastically by giving specialists in the city the ability to join patients and rural hospital medical staff in a virtual meeting. Now stroke patients in regional areas can be diagnosed and administered first-line therapy within an hour.

Professor Ken Butcher is the Director of Clinical Neurosciences at the Prince of Wales Clinical School at UNSW Medicine & Health. He is also the Director of a new system of treatment for stroke patients dubbed ‘Tele Stroke’ that connects stroke specialists in Sydney with one of 12 regional hospital Emergency Departments (EDs) around NSW, which will grow to 23 by the end of the year.

Using high quality cameras, lamictal and blood in mouth microphones, AI systems, diagnostic scanning and imaging tools all streaming in real time over a high-speed internet connection, specialists and ED registrars can work together to quickly determine whether the patient has had a stroke, and if so, decide on the best medical strategy.

“There are two types of strokes that a person can have,” Prof. Butcher says, “an ischaemic stroke, caused by a blood clot in an artery which accounts for about 85 percent of all strokes, or a haemorrhagic stroke, which is a rupture of a vessel in or around the brain.

“From the outside these two may look the same—a person all of a sudden can’t move part of their body or can’t talk.

“But it’s only when we do a scan that we can work out which type of stroke someone’s having, and this analysis can now be done while the patient is still in the ED of the regional hospital, rather than hours later in Sydney.”

Prof. Butcher says after using Tele Stroke to assess and treat more 1000 patients from regional NSW in the past 12 months, the average time it has taken for a patient to receive potentially life-saving treatment is down to 66 minutes.

“In the past, if someone presented at a regional hospital with stroke-like symptoms, the ED would do a scan and call one of the neuroradiologist doctors in Sydney and then wait for them to tell what the scan shows.

“Then, if necessary, the patient might be airlifted to Sydney—so it could be hours before they get any sort of medical intervention.

“Now the ED doesn’t have to wait for a neuroradiologist in Sydney to make their report. We have a specialist stroke-trained doctor virtually there in the ED room with the doctor and patient. They can see us, we can see them. We can talk to them and know exactly what we’re dealing with—it’s no longer a description over the phone.”

From research concept to standard tool

Prof. Butcher says it may well turn out that the patient does need transporting to Sydney to see a neuro-interventional radiologist who can remove a blood clot. But in the meantime, the ED can administer some clot-busting drugs that buy the patient valuable time.

Before making the call to bring in the Tele Stroke specialists, the ED doctor enters the patient’s details and symptoms into an online diagnostic tool which provides guidance on next steps in the process. Ringing a 1300 number will connect the ED room with one of nine specialists who collectively are on-call, 24/7.

“In most cases, once the ED registrar has contacted us, the patient is sent for scans and we meet the patient and the physician virtually in the scanning room, and assess the images as they’re taken,” Prof. Butcher says.

Three different scans are taken of the patient using a CT-scanner. The first is a non-contrast CT scan of the patient’s brain which can determine the type of stroke the patient has, but does not show where the occlusion—or blockage—might be.

“When I started my career we would just use a non-contrast CT scan in the early stages of diagnosing a stroke, and we would have to guess where the occlusion might be,” Prof. Butcher says.

“But now we add to that a CT angiogram—where we inject dye to allow us to see blood vessels both in the neck and the brain. And finally, we do a perfusion scan which will give us a map of regional blood flow.

“Using these three scans together tells us a lot more about where the stroke is occurring and how we can treat it.”

“A lot of people around the world would argue angiogram scans and perfusion scans are for research. But we say in this setting where every minute counts, these scans are critical. We’ve taken what was a research concept and made it a standard tool.”

But as it turns out, because the system hinges on digital technology, much of the data collected—including scan images, diagnostic tools and time to first treatment—can be later used in research after all.

Prof. Butcher says not only can Tele Stroke include patients in prospective research—such as a clinical trial of a new thrombolytic drug currently being led by UNSW Professor Mark Parsons—but the model is also ideal for retrospective research, especially after he insisted on archiving all source image data.

“If you set up a platform like this, which benefits patients, it also benefits researchers, because you’re collecting the same data in the same fashion all the time, including outcomes. Also, retrospectively, you can see in real time what we’re accomplishing, where the problems are.”