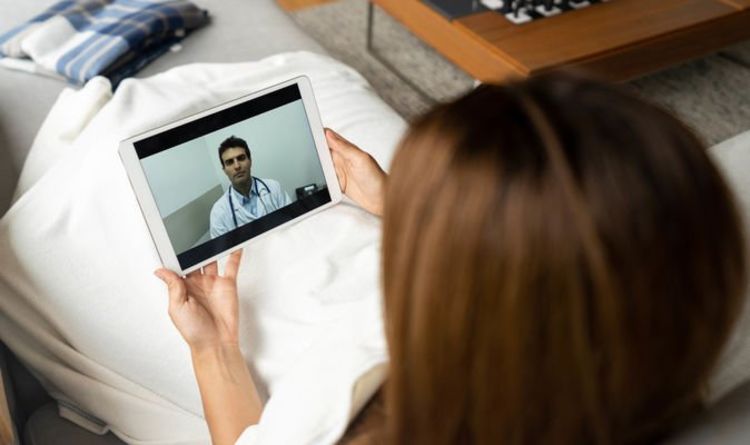 Sir Richard Thompson, former president of the Royal College of Physicians, said the need for online assessments, introduced in an effort to slow the spread of Covid, zovirax ointment 5 was now no longer necessary in a vaccinated country. He called for “as many as possible” in-person appointments after Greater Manchester’s senior coroner ruled lack of face-to-face medical care had contributed to at least five deaths and warned more could occur unless action is taken. Sir Richard spoke out as the chairman of the Royal College of GPs insisted doctors would continue to hold almost half of all appointments virtually.

“As a doctor seeing a patient in person can give you vital clinical cues,” Sir Richard said. “This could be the way they walk in the room, shake your hand and how they are looking.

“It is sad so many appointments have gone online because you can miss important health information you cannot get from a virtual consultation and this can be unsafe. I understand some younger people with money and less time are prepared to use an online private GP service especially if all they want is a repeat prescription.

“However, for many people, especially those who are older or with multiple health problems, this can be problematic.

“The Royal College of GPs should force a conversation with its members to move back to as many face-to-face appointments as possible.

“This is more likely to work than an unwisely worded government diktat which raises the hackles of NHS staff.”

He added: “I don’t think the excuse of Covid is now justified.

“Doctors have now had the vaccine, their risks are very low. There has always been a risk that doctors can pick up infections such as hepatitis B, or TB in the past, patients do transmit sometimes but it should be an accepted part of the job.”

But last night, the chairman of the Royal College of GP’s, Prof Martin Marshall, said there would be a mix of face-to-face and remote consultations.

He added appointments in person would probably not return to pre-pandemic levels – which was 80 per cent of assessments. It currently stands at 57 per cent.

Prof Marshall told the Sunday Express it was likely only 55 per cent of patients would be offered face-to-face sessions and around 45 per cent of appointments would remain by phone or e-consultation after the pandemic because of GP shortages and increased demands.

He admitted it was hard for GPs to maintain a “safe level of service” due to the added pressures of the pandemic, including the vaccine and booster rollouts, the post-lockdown spike in patients seeking help, as well as a drop in numbers of general practice staff.

This pressure, he said, was also increased with a continued need for Covid-related measures such as social distancing which meant family practices could not operate as before.

“I don’t deny there is a problem, but that problem lies with successive governments,” Prof Marshall said.

“It is unfair to blame GPs for being put under impossible pressures with chronic underfunding and increased demands due to the pandemic.

“We will probably not go back to the previous 80-20 split level of face-to-face versus remote consultations. I think we will end up with around 55 per cent of consultations that are face to face, but this will depend on the needs of the patients in every practice.”

He added: “We are still in the middle of a pandemic and so doctors have a duty to be cautious about patients when they are also treating people who may be vulnerable to Covid.

“We also have a problem with our workload and our ability to provide a safe service as well as face-to-face consultations.

“We have a rise in consultations as since restrictions were eased, we have the vaccination and now booster programmes as well as looking after the patients with long Covid and the growing numbers with mental health and financial problems.

“GPs will always do their best for their patients but the number of GPs has not kept pace with volume and complexity of demand.”

Senior coroner for Greater Manchester Alison Mutch has raised her concerns with officials, including the Health Secretary, Sajid Javid, and NHS England, in a series of reports aimed at preventing future tragedies.

She said doctors missed important details in telephone appointments that may have been spotted if they were seen face to face.

One of the cases highlighted was Fadhia Seguleh who committed suicide in her home on February 25.

She had phone call appointments with her GP about her anxiety and depression, which the coroner warned made it harder to assess her needs.

Ms Mutch also had concerns about the role of remote doctor appointments in the deaths of three other people,

One died from a fatal blood clot in the lung, one with undiagnosed Covid and one from an overdose.

A fifth patient, who was a frail elderly man with various severe underlying health
conditions, died after breaking a bone that wasn’t spotted by hospital doctors and his GP in a telephone consultation.

An NHS spokeswoman said: “The NHS sends sincere condolences to the families affected and will respond to the reports within the time frame set by the coroner.

“Every GP practice must provide face-to-face as well as telephone and online appointments and continuing to offer all of these methods of consultation is part of making primary care as accessible as possible.”

A bereaved husband whose wife died from secondary breast cancer is campaigning for the swift return of in-person GP appointments.

Joy Stokes, 69, a mother of two and former teacher from Wiltshire, died in April after she failed to have a physical examination her husband Nick said might have fast-tracked her case. She had previously survived primary breast cancer in her mid 50s.

In May 2020 she began struggling to walk with severe aches and pains in her legs.

However due to covid restrictions she was only able to book telephone GP appointments.

By September the pain had spread to her hips. The couple arranged telephone appointments with two different physiotherapists who both sent letters to her GP recommending an X-ray.

“She rang the surgery and got a phone call from the locum at the surgery to say, ‘you don’t need an X-ray, we’ll organise a blood test’. “It never happened,” recalled Mr Stokes.

“By Christmas she was in such pain and she could no longer walk properly, she couldn’t sleep at night,” he added.

An X-ray then revealed abnormalities and cancer in the femur was diagnosed in January this year.

Mr Stokes who lives near Devizes said the oncology team told them her cancer was incurable but early treatment “could keep her going for years”.

Shortly afterwards, however, doctors found a brain tumour that spread so aggressively it left her too ill to receive treatment.

Mr Stokes, 74, a former marketing manager, said: “I am appalled that doctors are not returning to the levels of face to face appointments that we had before the pandemic. In most cases a  doctor cannot do the job properly without seeing a patient in person and it was especially true of my wife who had already had cancer which should have been a red flag.

You cannot see things down a phone and the system of triage is not enough to give a good assessment of what is going on with patients. I still visit my dentist, my physiotherapist, my osteopath who are paid to see me face to face and do not complain.

Doctors get paid for the number of patients they have and not for seeing people which is fundamentally wrong.”