XPeng electric car sales surprisingly decreased in September, after a long period of uninterrupted growth – even during Chinese lockdowns.

The overwhelming majority of XPeng sales are in China.

The decrease was noted despite the fact that the company introduced its fourth model – the XPeng G9 flagship SUV. In the first several days (since September 21), 184 G8s were delivered to customers.

The main issue is that the high-volume XPeng P7 was down 38%, while the G3 was down 54%. The new P5 was not able to offset those drops.

In the third quarter, XPeng sold 29,570 cars (up 15% year-over-year). Only time will tell whether XPeng will be able to rebound in Q4. 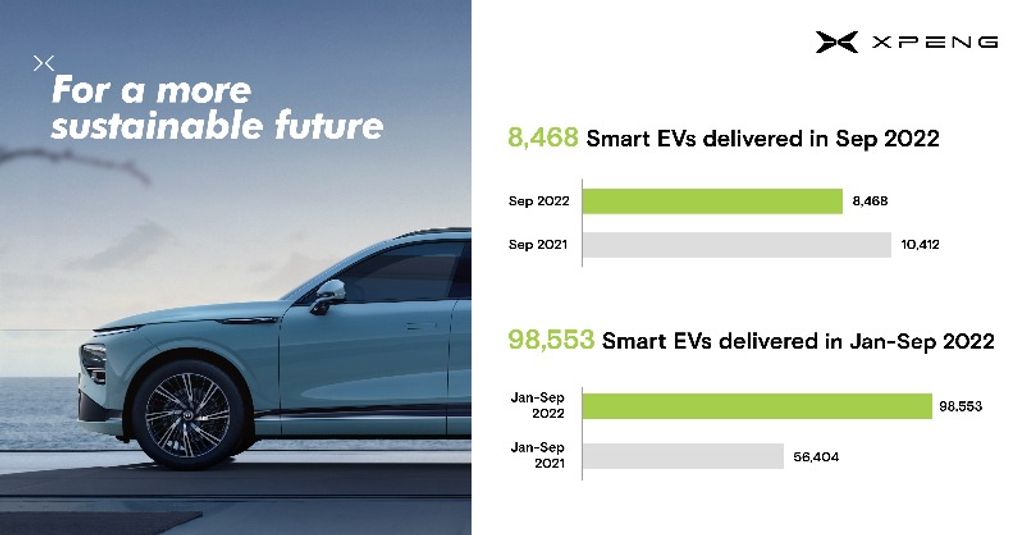 Besides sales, XPeng highlights a few other milestones reached in September: