Home » Car Reviews » What If: 1957 Tesla Model S Is The Futuristic Car From The Past

What If: 1957 Tesla Model S Is The Futuristic Car From The Past

Would you have bought this “electro-sedan” if it existed?

We’ve seen several fictional renderings from Abimelec Design before and they’re generally good, giving us a perspective of what could exist and what could have existed. The latest addition to Abimelec’s collection is the Tesla Model S – not a next-generation model but one that got pulled back from the past 1957 to be exact.

This latest rendering is part of Abimelec’s What If collection, which features vehicles that could have existed in the past. It’s pretty nifty, considering that Teslas didn’t exist until the turn of the new millennium. 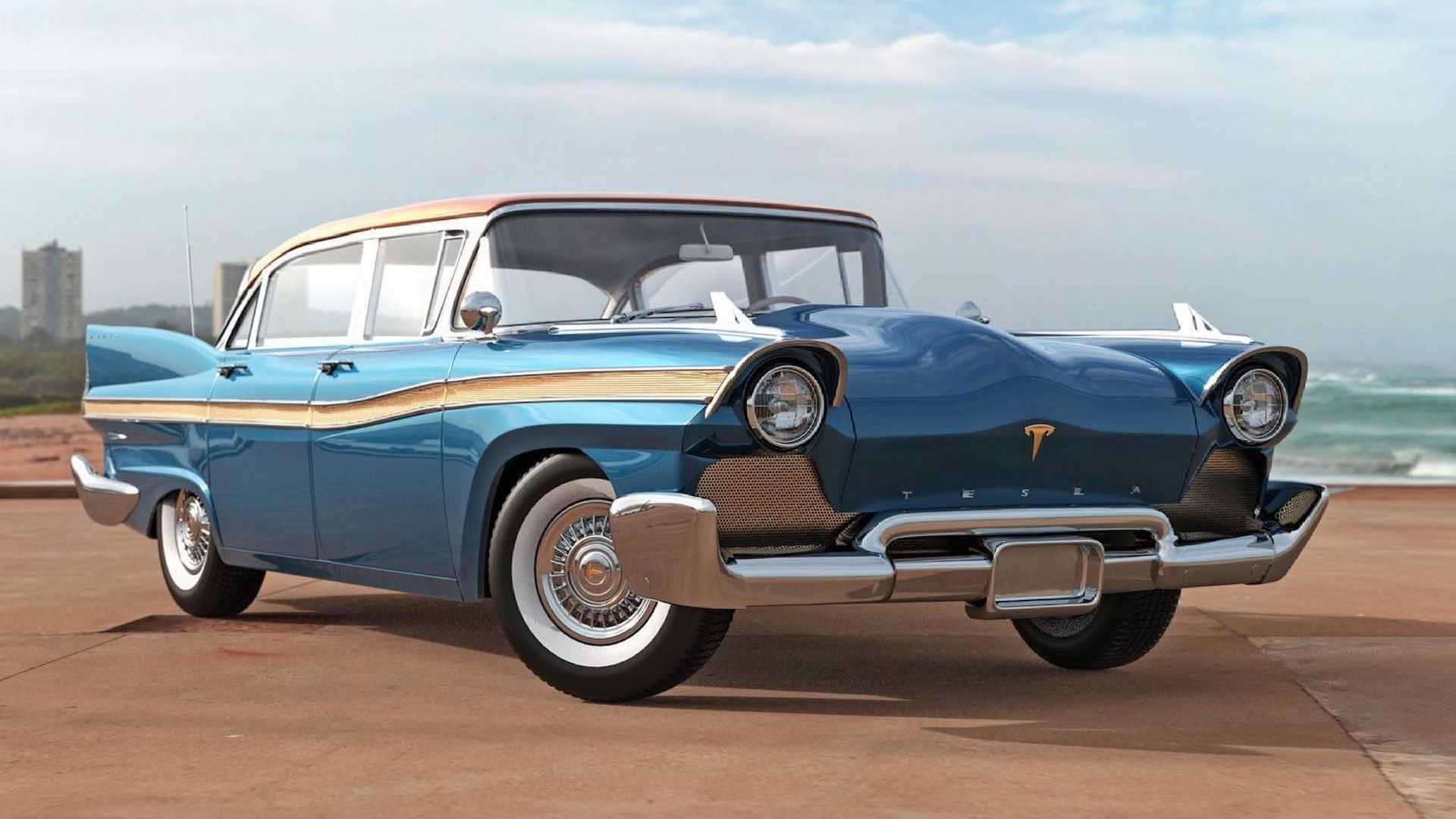 If you’re having a hard time picturing what cars looked like in the ’50s, Abimelec did a great job in illustrating so in this Tesla interpretation. Although we must say, this one’s made so that it would look generic and look like any other Plymouth and Ford vehicles from that era.

But make no mistake, Abimelec envisions the Tesla Model S as an electric performance sedan, as it is today. With an accompanying poster on the social media post, this car is called an “electro-sedan” that quite fit the Atompunk design ethos of the ’50s.

While the renderings in the gallery above show a classic Model S in its typical red paint job, Abimelec also envisions it in other colors, with the blue one on top of this page standing as our favorite.

Would the Model S Electro-Sedan work if it really happened in the ’50s? Even Abimelec believes that this Model S Electro-Sedan would have been a big flop if it happened. The imaginative designer also cited the health risk regarding nuclear power usage during that time, which would probably be a roadblock that electric cars would face during that time.

Then again, your imagination is your limit, so it’s not so bad to think about the what-ifs.