Home » Car Reviews » What Are Best and Worst States for Electric Vehicles?

What Are Best and Worst States for Electric Vehicles? 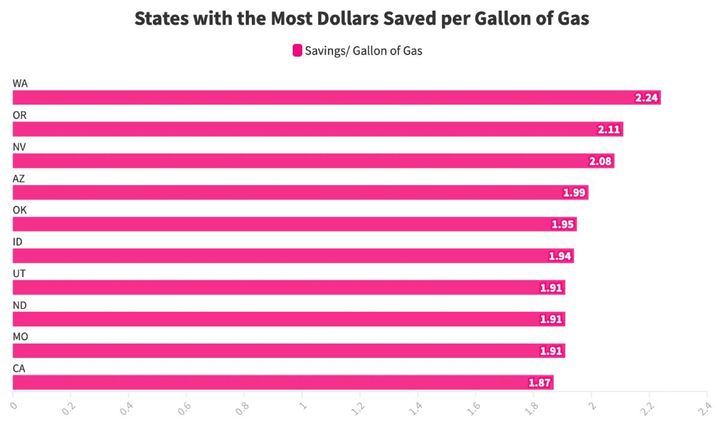 Drivers in Washington, Oregon, and Nevada save over $2 per gallon with an EV.

While many Americans dream of driving an electric vehicle and fleets are moving toward electrification, with many under mandates, buyers still may hesitate to purchase EVs because of costs, range anxiety, or charging port inaccessibility.

New research by Jerry, a vehicle insurance company, shows that purchasing and driving an EV can be a great financial and logistical decision but that highly depends on where you live. Drivers in East or West Coast states like Massachusetts, Vermont, and California have numerous financial incentives to purchase EVs, and more access to charging ports. Drivers in Louisiana, Kentucky, and Idaho are not so lucky.

EVs are good for your environment and your wallet. Drivers in Washington, Oregon, and Nevada save over $2 per gallon with an EV. That’s 47% savings for Washington, 43% savings for Oregon, and 40% savings for Nevada. Considering that the average American uses over 300 gallons of gasoline per year, drivers in Washington, Oregon, and Nevada could be saving over $600 a year if they make the switch to EVs. This is $4,800 over the average lifetime of car ownership. Even drivers in states like Hawaii and Rhode Island, which each save under a dollar per gallon of gas, can save a couple of hundred dollars a year from the switch.

State governments encourage EV adoption with various tax and subsidization incentives. California, Massachusetts, and Maryland have more than 10 local government incentives to support EV purchase and/or leasing. This includes EV purchase rebates of up to $7,500, charging port rebates, EV purchase income tax credits, electric charging cost rebates, and more. This is over 10 times the incentives that states like West Virginia, North Dakota, Kansas, Missouri, Wyoming, and others have, ranging from 0 to 1.

EV infrastructure — which refers to EV charging station accessibility and government incentives for EV adoption — is getting better each year. The Biden Infrastructure Bill wants to designate $7 billion to bettering EV infrastructure, and many states are upping investment in zero-emission vehicles with or without the extra aid. Car companies including  Volkswagen, Ford, and Chevrolet are releasing better EVs with longer ranges and more features like smart parking.

When considering the financial benefits of gas savings, rebates, and tax incentives, owning an EV is less expensive than most think. You could save $4,800 in gas costs over the length of car ownership (eight years on average). If you live in the right state, like California or Maryland, you could also save $5,000-8,000 on vehicle purchase price. Increased EV infrastructure investment means more public charging ports will be available, and cities will offer more rebates and cost-lowering incentives to make EVs even more affordable. Buyers should check if their state or locality has financial incentives and check gas prices.