The Audi Q4 e-tron reached North American shores in 2022, offering a premium, more sophisticated version of the popular Volkswagen ID.4. With a starting price of $49,800, the Q4 e-tron costs more than $10,000 more than the base ID.4, however, once you comparably-equip an ID.4, the gap closes significantly.

As Audi’s entry-level electric vehicle, the Q4 e-tron isn’t an ID.4 in a tuxedo, think of it more as an ID.4 in a business suit. Most of the upgrades are in styling, ride comfort, and performance, but the Q4 e-tron also DC fast charges slightly faster than the ID.4, with a peak charging rate of 150 kW, compared to the ID.4’s 135 kW. 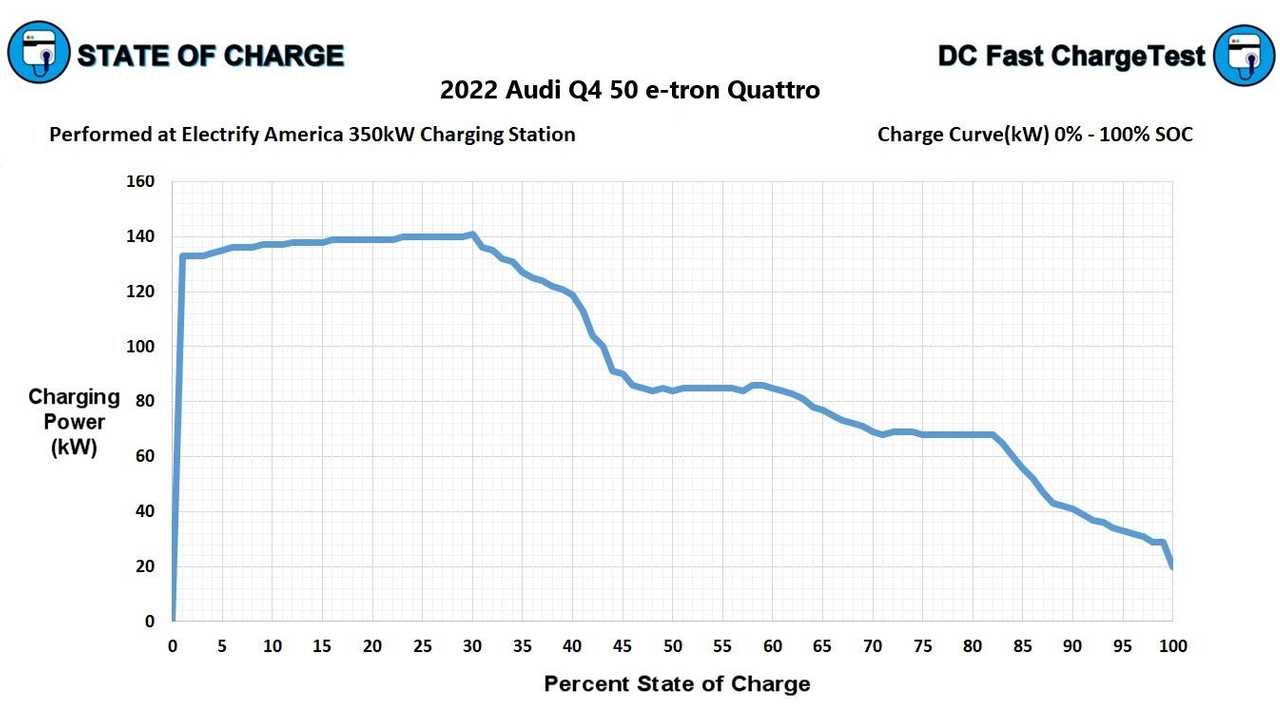 The Q4 e-tron uses the Volkswagen Group’s MEB platform and all versions that will be sold in North America utilize the same 82 kWh battery pack found in the Volkswagen ID.4. The battery pack is comprised of 24 modules, and each module contains 24 pouch-style battery cells.

As is with the Volkswagen ID.4, the Q4 e-tron reserves 5 kWh as a buffer for pack longevity and allows 77 kWh of the 82 kWh battery pack to be accessed. This is common in the industry because both fully charging as well as fully depleting the battery will cause the battery cells to degrade faster than they will when upper and lower buffers are present.

The Q4 e-tron comes standard with a dual-voltage level one / level two charging cord. When using the 120-v level one adapter, Q4 e-tron will need about 55 hours to fully charge from 0 to 100%. As with all BEVs, the 120-v level one charging cable can work in a pinch, but most owners will find 240-v level two home charging to be the most convenient. Audi agrees and has partnered with Qmerit to simplify the EV charging installation needs of Q4 E-Tron owners.

For owners that want to charge at quickly as possible at home, the best option is to purchase and install a 48-amp level two charger. A 48-amp charger can deliver the maximum power, 11 kW, that the Q4 e-tron can accept, and will fully charge the vehicle in seven and a half hours. 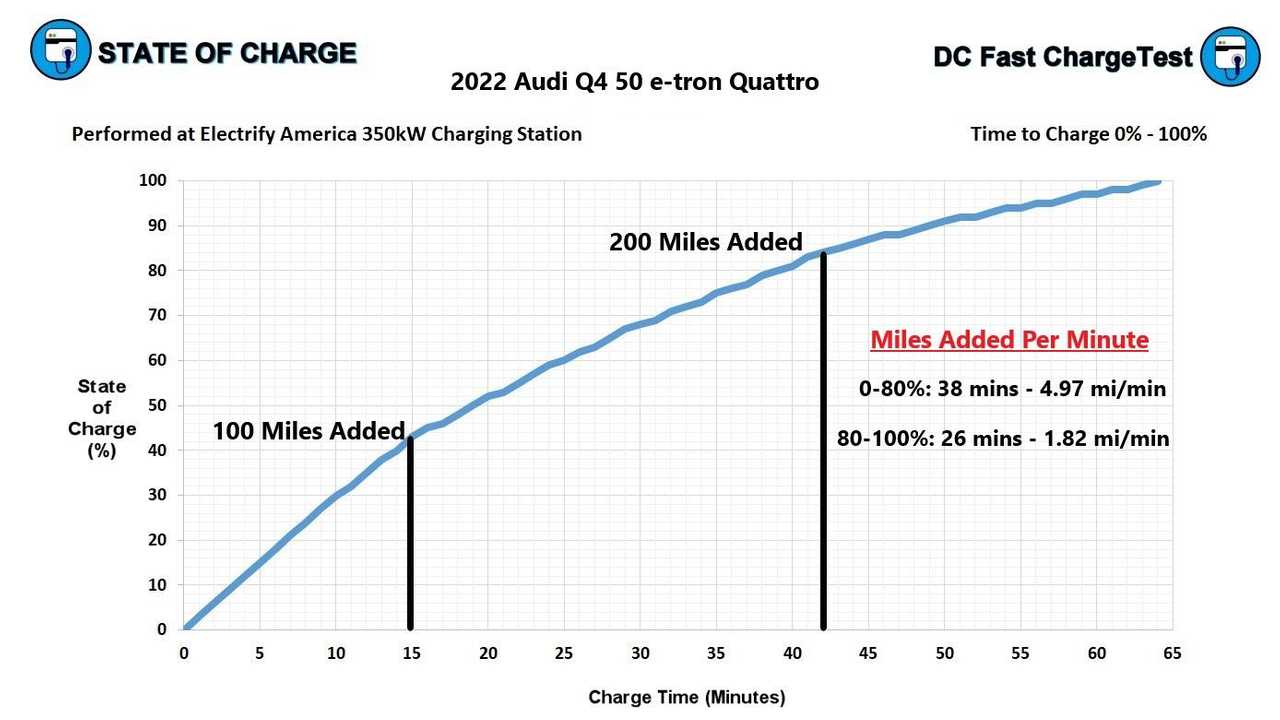 When charging on the go, the Q4 E-Tron has a maximum DC fast charge rate of 150 kW. Audi claims a 5% to 80% fast charge time of 36 minutes when charging from a 150 kW DC fast charger and we had the opportunity to test that claim during the Q4 e-tron first-drive event. It took us 37 minutes to go from 5% to 80%, which is close enough to confirm the automaker’s claim.

We never did see the 150 kW maximum charging rate during the recorded DC fast charging session in the video, as the peak charging power just touched 141 kW for a brief moment. So perhaps in ideal conditions, the Q4 E-Tron may even charge slightly quicker from 5% to 80% than Audi claims.

Audi and Electrify America have partnered to include 250 kWh of complimentary charging for Q4 E-Tron customers. 250 kWh is the equivalent of about 4 “fill-ups” for the Q4 e-tron, which should be good for roughly 800 miles of driving.