Dash cam footage shows the moment Patrick Jones, 28 from Liverpool, desperately tried to escape police by hitting officers vehicles and swerving between lanes. Jones is seen desperately trying to pass an unmarked police car which moves in front to block his route.

In an attempt to get past, the red Audi is seen swerving into the side of other police cars and hitting the unmarked vehicle as he pushes to find a way around the roadblock.

After colliding into a police car on the left side, he slams back across the road to hit another officer’s vehicle on the right.

He pulls back adcross and hits the camera car again before attempting to powerslide past the unmarked police car to no avail.

Jones’ Audi is seemingly boxed into a corner but manages to wriggle free before embarking on the final pursuit. 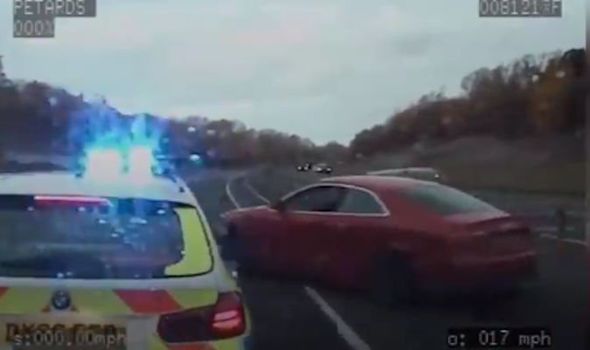 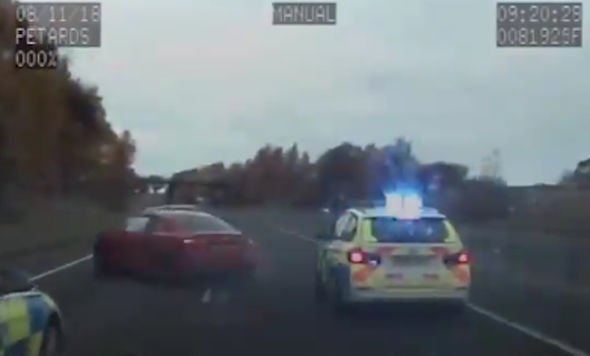 In a bid to lose the unmarked vehicle, Jones was then caught hitting the rear bumper of the car which caused his vehicle to spin out of control onto the grass verge.

Data from the police camera car reveals the chase is taking place at almost 70mph at the time of the collision.

Jones is then caught trying to escape on foot before officers are seen following in pursuit of the offender.

Officers said he had run across the dual carriageway before he was arrested.

Sentencing judge Andrew Barnett said Jones had “continued to drive at colossal speed” during the incident.

He added that the case was “one of the worst cases of driving” he had seen.

Jones was sentenced to two years in prison for his part in burglaries which were considered a “well planned and highly sophisticated operation”.

Alongside the charge he was sentenced to a further six months for dangerous driving offences which will run consecutively.

Detective Constable Cerys Jones said she hoped the sentences would send a “clear message” to others.

The Constable added the force had the “skill, dedication and resources” to bring any offenders to justice.

Cerys Jones said: “We welcome the fact that Jones has been brought to justice thanks to the skill and dedication of officers from Wiltshire Police with the support of colleagues from neighbouring forces. 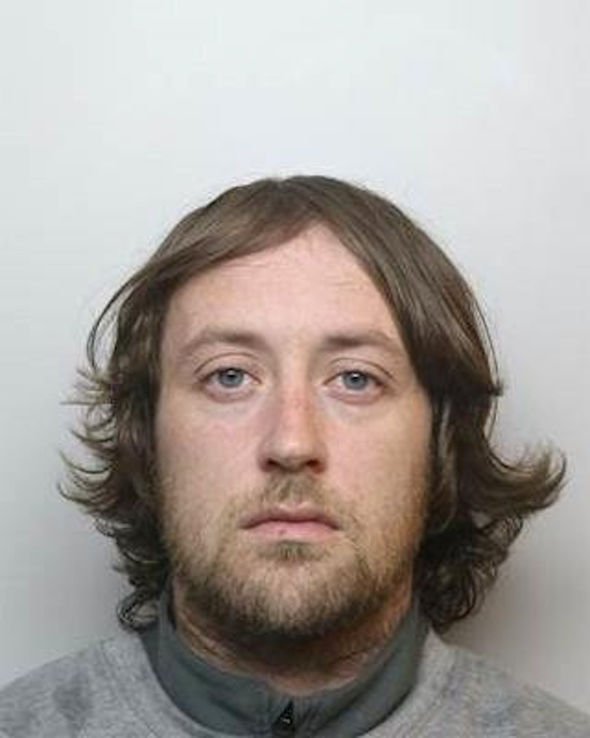 “We hope this sentence sends out a clear message that Wiltshire is not an easy target.

“We have the skill, dedication and resources to bring offenders to justice and will not hesitate to do so.”

Jones was identified after police searched the abandoned vehicle and found a McDonalds receipt from just before the chase.

Officers then reviewed CCTV footage which revealed the Audi had pulled into the restaurant and showed the driver walking inside.