You won’t want to miss the integrated tent option.

The Aptera Sol has just officially rolled onto the scene in this new video shared by the reborn electric vehicle startup. Sol is the latest Alpha development vehicle from Aptera before they move on to Beta builds, and this footage shows off some of the functionality it has to go along with its unique style.

The clip begins in an appropriate way, with the car chilling in a sunny driveway. Sol is, of course, Spanish for sun, and it’s how many of these vehicles will be exclusively charged. Indeed, Aptera refers to its vehicles as “Never Charge.”

With batteries as large as 100 kWh – the launch editions will have a 40-kWh pack, said to be good for 400 miles of range – and the ability to add as many as 40 miles a day from solar panels on the hood, roof and back of the three-wheeler, it’s becomes feasible for some to never actually have to use the charge port on the car.

As the video continues, a driver gets into the car and appears to plug in a destination on the large center touch screen. We then get a quick overhead shot (below), which shows off a set of solar chevrons on its tail to complement the collectors on the other areas of the car. 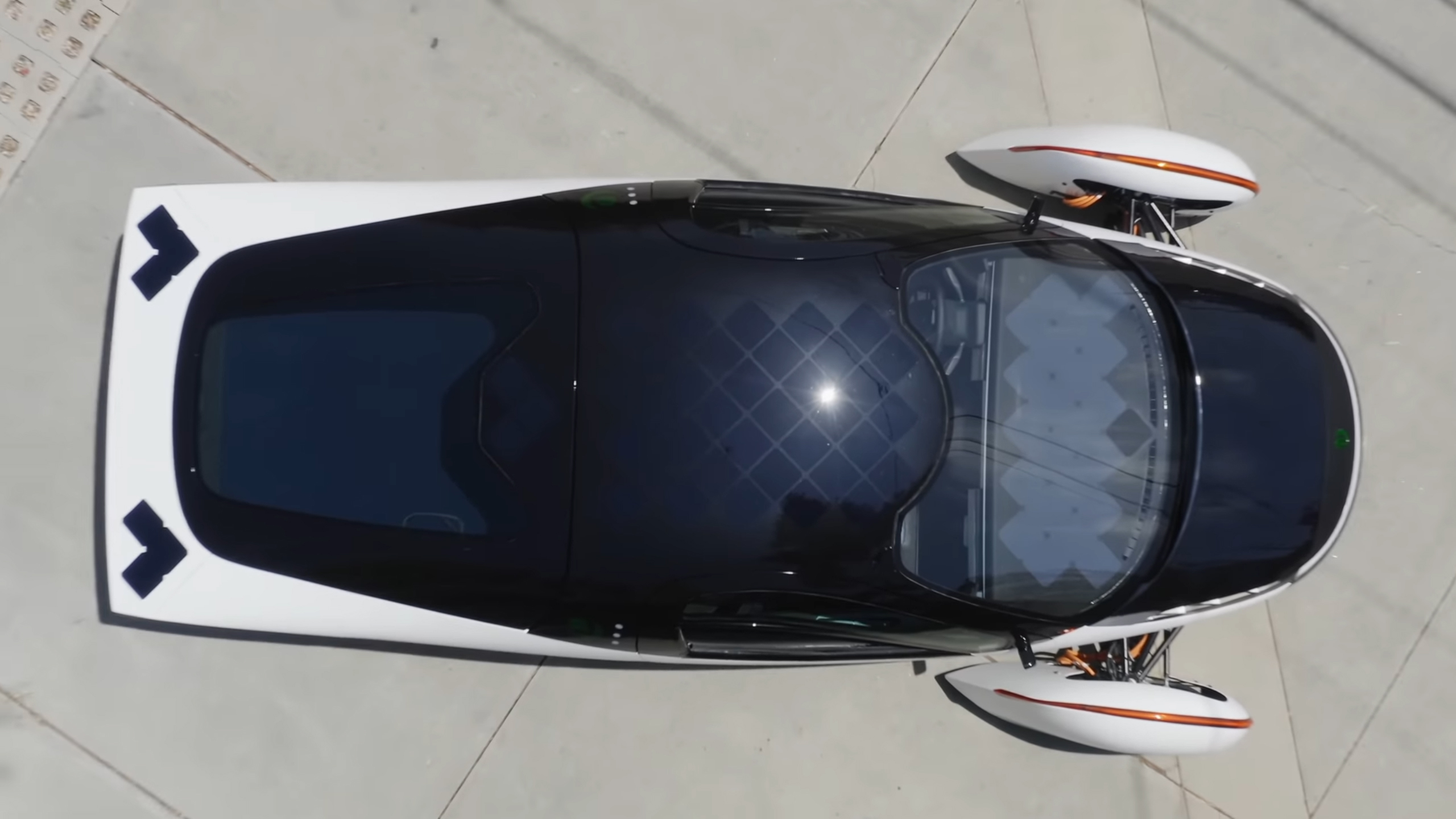 It appears our protagonist is headed to seaside, as she stops to pick up supplies and a friend with a surfboard. This is just the first hint of how capacious the storage area in the back of the two-seater is. We would be remiss, though, if we didn’t mention that the rear may need some netting or interior divider to make grocery carrying a little practical. Because of the rake of the hatch, it appears one would have to move larger cargo somewhat forward from the rear.

Finally, after a few beachy adventures, one of our favorite Aptera party tricks is put on display. As the sun begins the sets, the back hatch of the Sol is opened and a tent is attached. We recently had the Aptera founders on our InsideEVs Podcast – you can check out that episode below – and asked them about this feature.

Apparently, this was a feature that has been in consideration for some time and will be an option on the final vehicle. With the tent in place over the rear opening, the back of the car has plenty of space for a pair of adults to stretch out for the night. Sweet dreams indeed.