A huge gap but a small price difference.

Edmunds, a long-running automotive publication, likes to drag race different vehicles against their Tesla Model Y Performance (or Performance Performace as they say) long-term tester. Last time, they pitted the Model Y against a Chevrolet Corvette. The C8 Corvette won thanks to great traction off the line, but that is clearly not the case with the Mustang Shelby GT500.

The presenters start will explaining how hard it is to launch the Shelby GT500, and how they’ve been hassled by YouTube commenters on their driving skills because of poor GT500 launches. The presenters are good drivers, the problem is the GT500. Both presenters are tenured automotive journalists that have launched all kinds of cars on many different surfaces. The GT500 has a poor launch control system and is overpowered for surfaces that aren’t prepared. 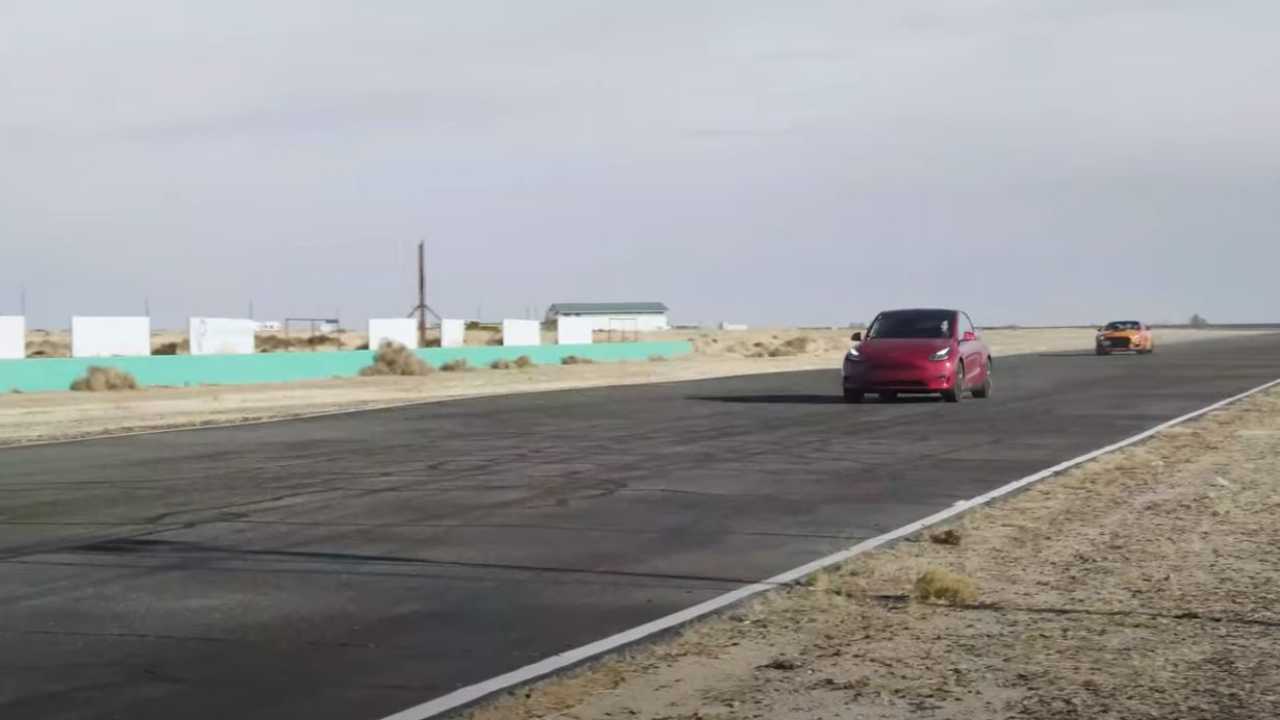 As they mention in the video, on paper, the Shelby GT500 should easily win the drag race. But, as they explain:

Some can argue that the Mustang is at a disadvantage because of the surface they were racing on, but a real-world race on the streets would likely have a similar outcome unless it’s a rolling highway race. The presenters even switched cars and launched the GT500 in different ways but to no avail. The Shelby GT500 simply can’t put the power down from a stop in this race.

They show the instrumented testing results of the two vehicles, and the 0-60 mph time is the same (3.7 seconds) but the GT500 easily takes the quarter-mile.

If a family of four was in the Model Y, it would have still won the race. What did you all think of the drag race? Please comment below.