In an automotive industry dominated by crossovers and SUVs from subcompact to fullsize models, it’s refreshing to see some companies still have faith in the ol’ station wagon. Volkswagen is not using the traditional name of the body style to describe its long-roof Arteon because that wouldn’t be enticing, deciding to call it a shooting brake instead. While the car you’re seeing here has more doors than a true shooting brake, we’ll let it slide since it’s the more appealing R model.

Known by its full name as the Volkswagen Arteon Shooting Brake R, the car has been spotted in prototype guise undergoing final testing at the Nürburgring. It was officially revealed about two months ago, but this is our first opportunity to see the speedy wagon in action without any camouflage whatsoever. With good reason, this is perhaps the best all-rounder from VW right now, blending practicality with performance in fancy clothing making the mechanically related Passat Variant look dull by comparison. 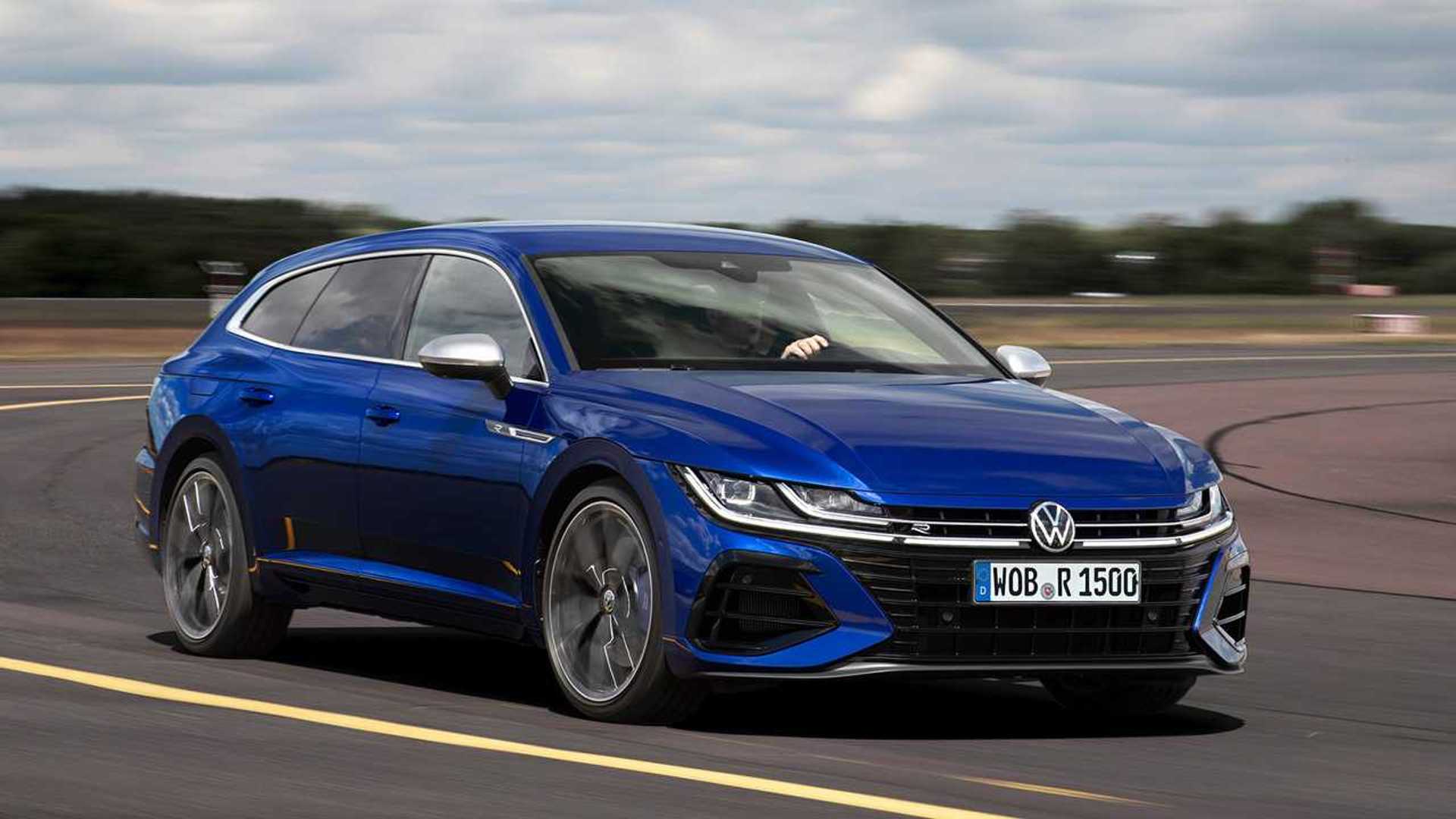 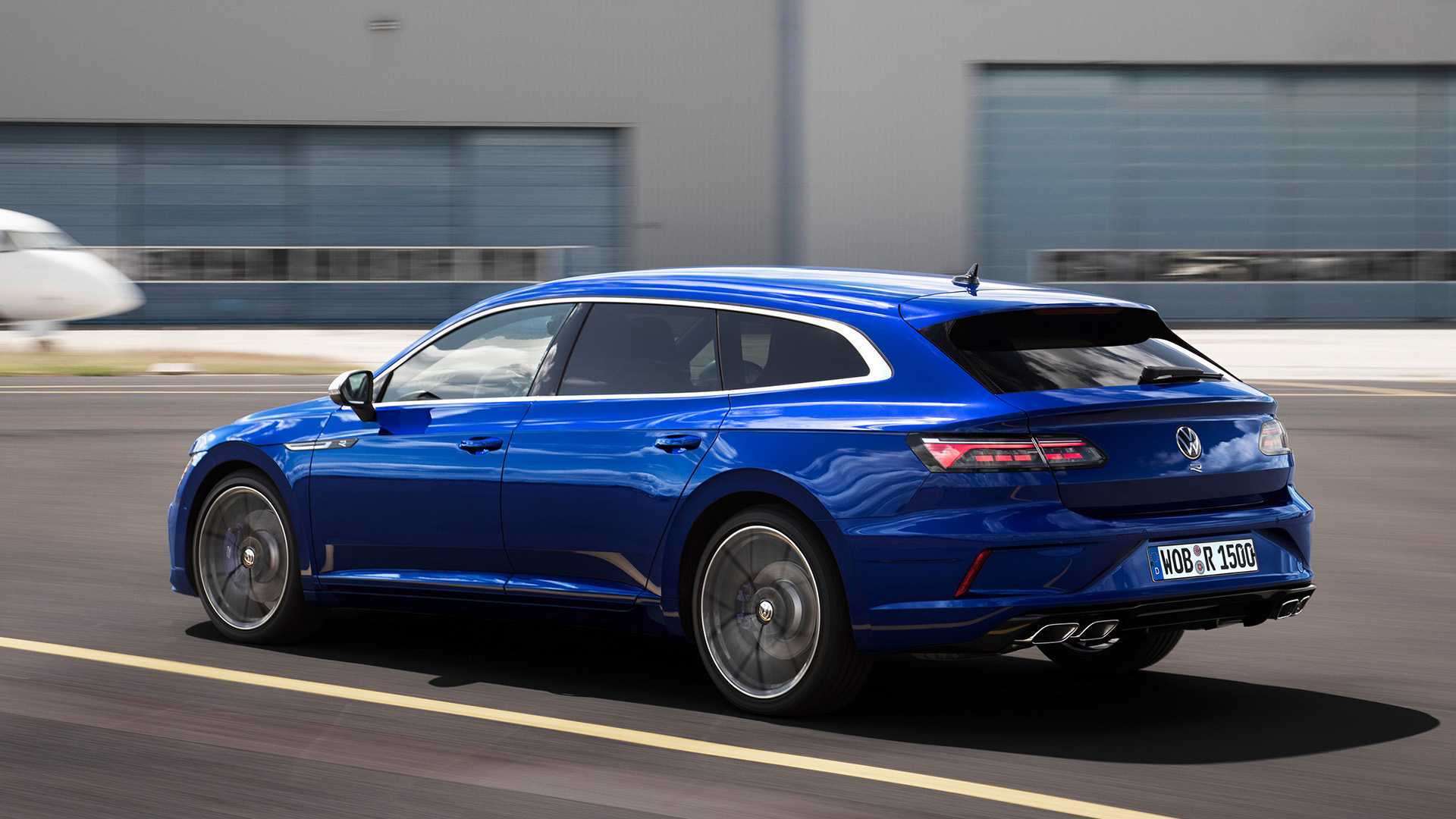 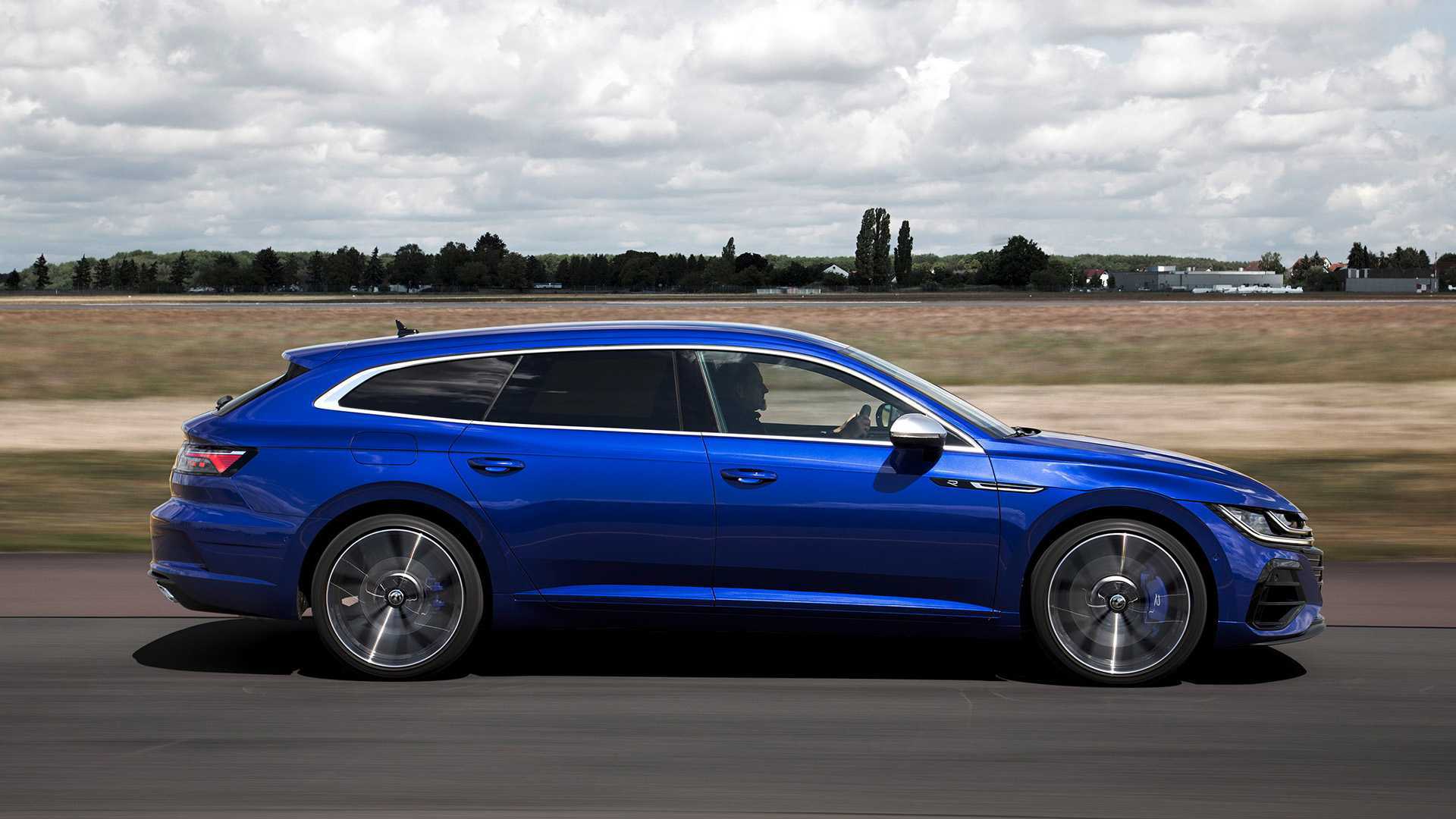 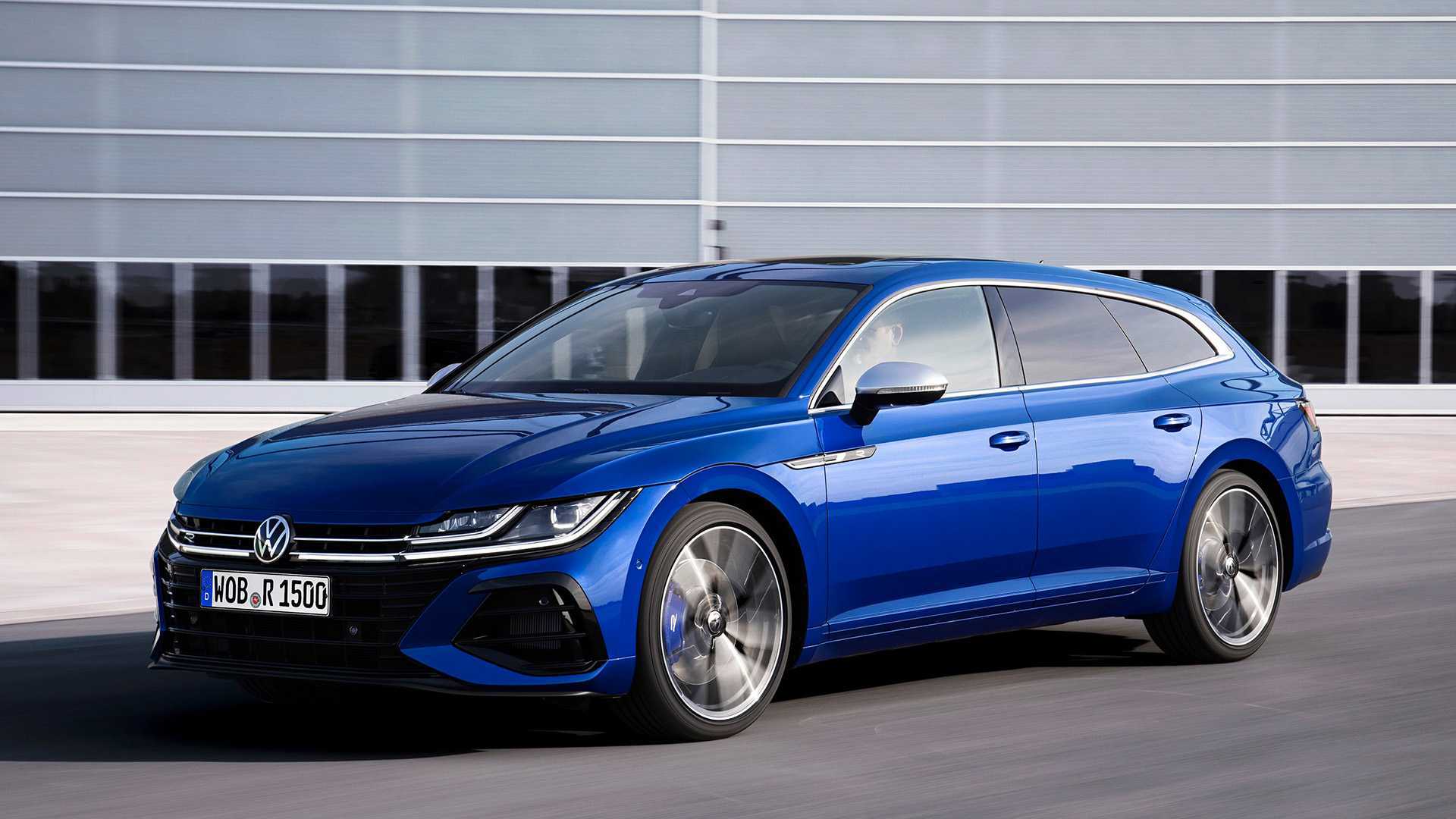 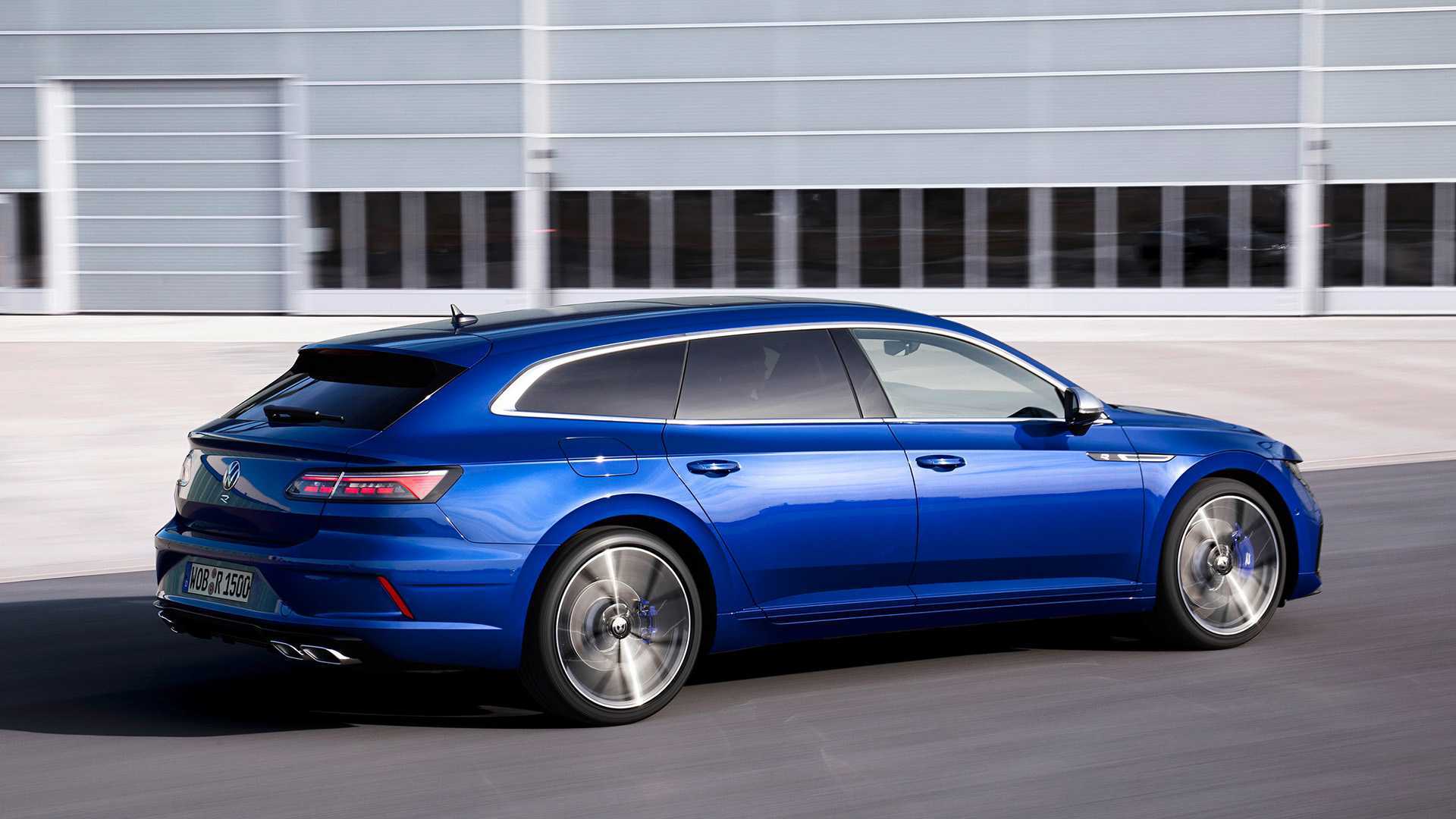 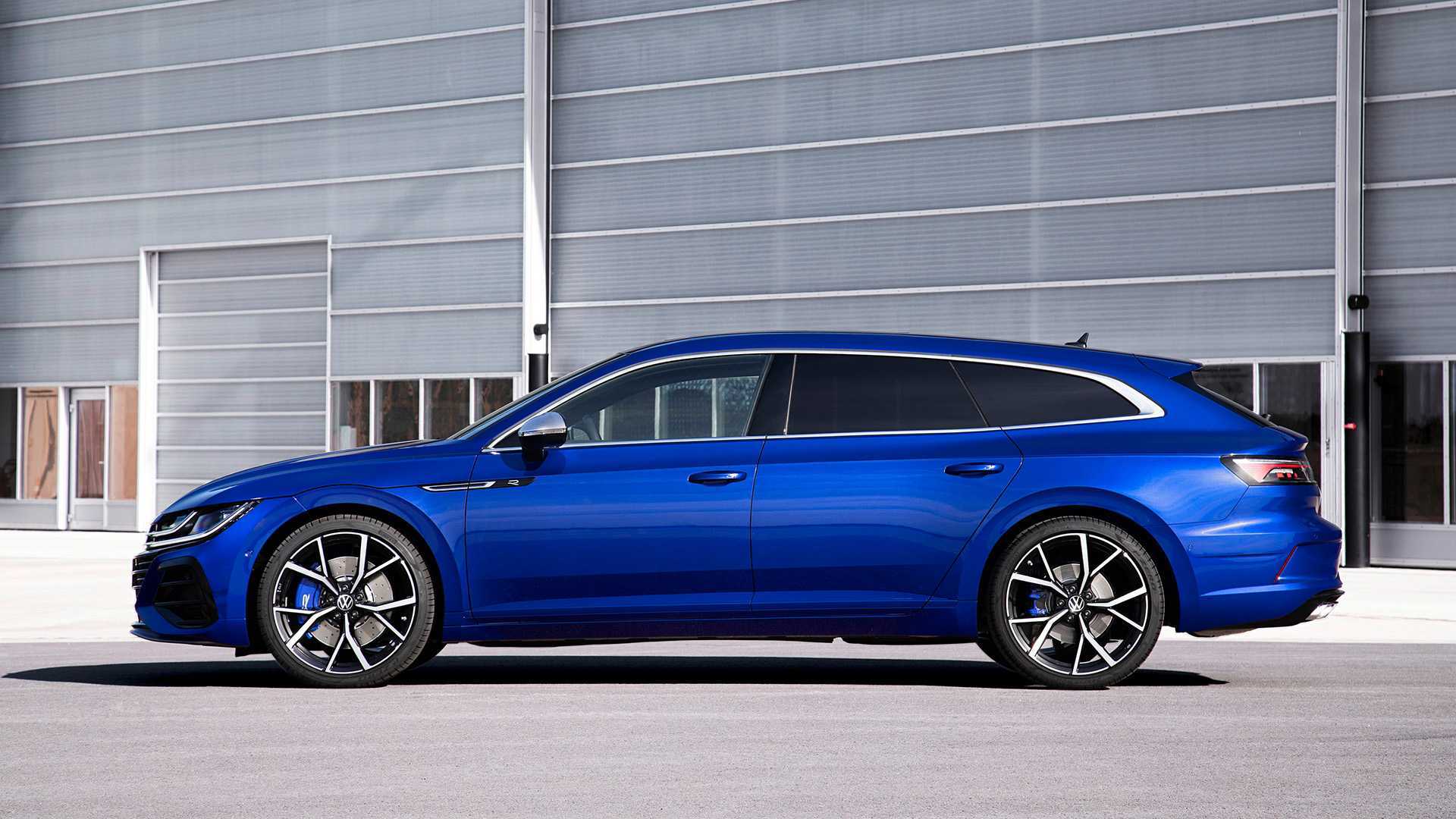 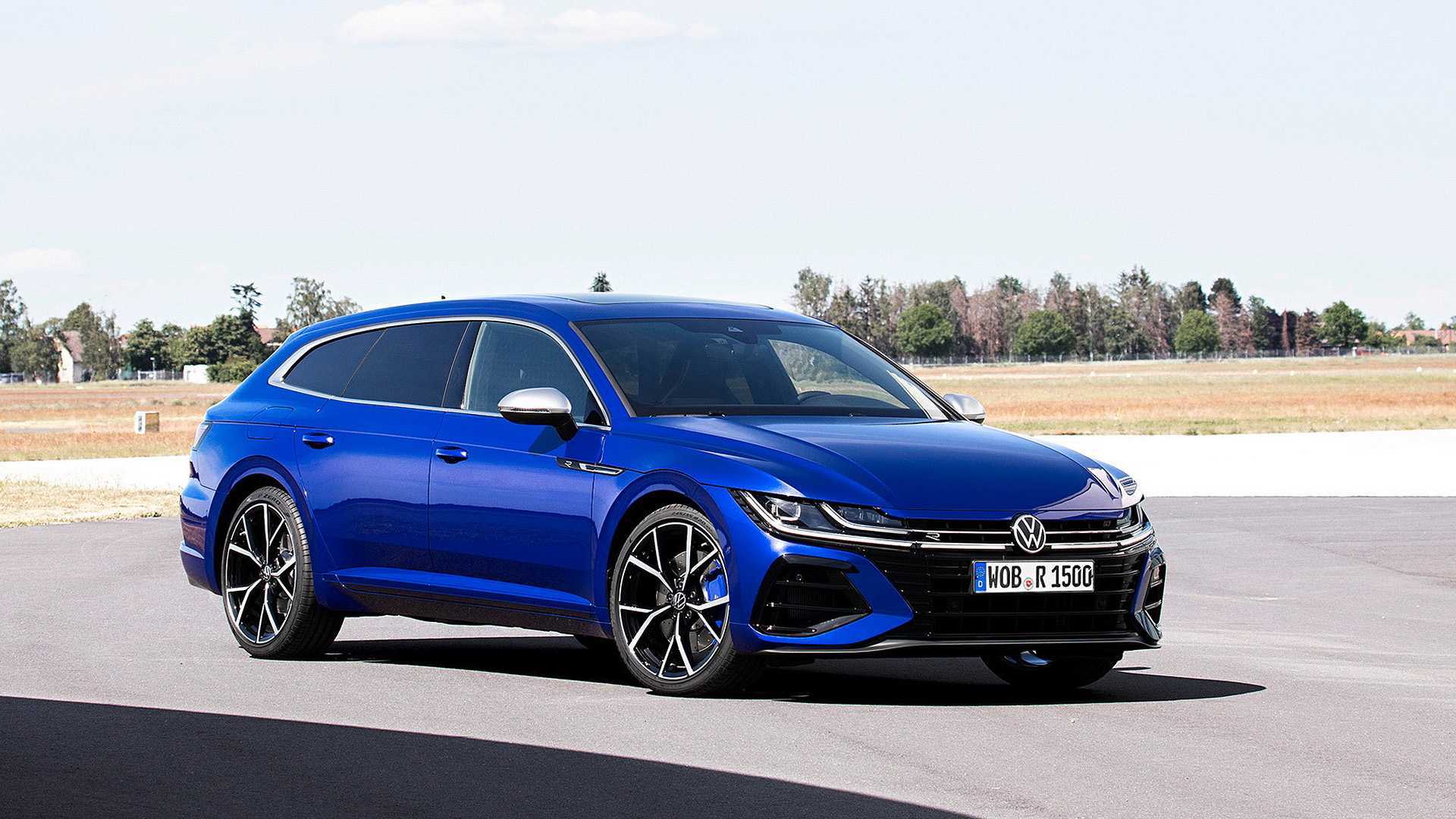 The performance wagon wasn’t all alone at the ‘Ring gym as it shared the challenging track with another upcoming R model – the Golf R. By the looks of it, the all-wheel-drive hot hatch barely had any camouflage on its five-door body, revealing the R-specific quad exhausts and blue brake calipers. There’s still some disguise to cover up the side “R” badges, but this is pretty much it, big air intakes and all.

Although not official, the Golf R is expected to use the same turbocharged 2.0-liter gasoline engine as the Arteon R, packing 316 horsepower and 310 pound-feet (420 Newton-meters). This setup is shared with the already revealed Tiguan R and the forthcoming Golf R wagon we caught just last week. Take into consideration the Touareg R with its electrified V6, it’s safe to say VW is getting serious about broadening the appeal of its R lineup.

With very little disguise on its body, the Golf R will likely be revealed in the foreseeable future, so look for an official premiere to take place in the coming weeks. It’s unclear whether the long-roof version in R specification will be introduced right away, but we’re glad it’s coming. Well, at least in Europe…

Related posts:
MotoGP: Rins “doesn’t understand” why Vinales didn’t retire
Ekstrom to continue World RX comeback in Finland
Best News
Does BMW i8 Sound Like A Proper Sports Car Without Fake Engine Noise?
10/29/2020
FBI: No crime committed as ‘noose’ rope was there in 2019
06/23/2020
Why VW Pulled The Plug On A 400bhp VR6 Arteon R
06/23/2020
2021 Kia Grand Carnival breaks cover – solid looker! – paultan.org
06/24/2020
New Volkswagen Arteon Shooting Brake arrives as part of facelifted line-up
06/24/2020
Recent Posts
This website uses cookies to improve your user experience and to provide you with advertisements that are relevant to your interests. By continuing to browse the site you are agreeing to our use of cookies.Ok