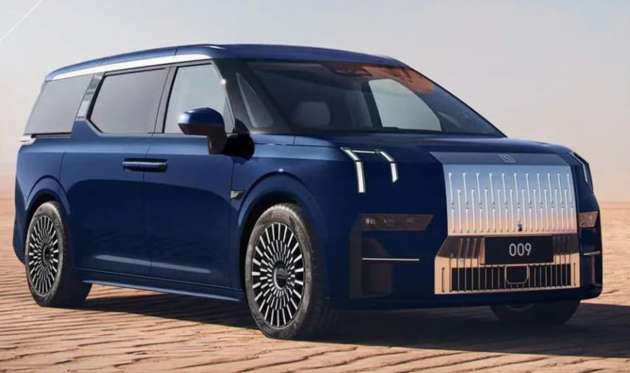 Volvo will be launching a new, fully electric MPV for China this year, reports Car News China, which was shown in a product rollout presentation slide in a Chinese briefing by Qin Peiji, president of Volvo Cars in China.

Vehicles shown in one of the slides include six EVs, and among these are the XC40 EV and the C40, which have already gone on sale in China, and a further two are the EX90 and EX90 Excellence electric SUVs, which have been unveiled and are to go on sale later this year, according to the report.

The two remaining vehicles are described as a small EV and an electric MPV, and the latter could be a Volvo based on the Zeekr 009 that was unveiled in August last year.

The upcoming Volvo MPV will get its own design, which will be shown in concept form in the third quarter of this year before the production version makes its Chinese market debut in the final quarter of 2023. according to the report.

The Zeekr 009 is based on the Geely Sustainable Experience Architecture (SEA), making it the first MPV from the group to utilise this platform, second after the Zeekr 001.

The electric Volvo MPV that is based on this will therefore share its underpinnings, and as such will also use its powertrain, reports Car News China, that comes in either single- or dual-motor guises making 272 or 544 hp respectively. Battery packs come in 86 kWh and 100 kWh capacities, where the larger of the two will yield a maximum range of 700 km on a single charge.

Measuring 5,209 mm long, 2,024 mm wide and 1,856 mm tall with a wheelbase of 3,205 mm, the 009 houses occupants in a 2+2+2 configuration, alongside a VIP option that seats just two in the second row. The latter setup with the second-row captain seats also houses a 15.6-inch screen with 5G internet, video conferencing at 1080p resolution, and connectivity with a Nintendo Switch console.

Joining the upcoming electric SUV from Volvo is the small SUV that was also depicted in the presentation slide, dubbed the EX30. As its name suggests, this will be a compact electric SUV positioned below the EX90.