The Volvo FMX Electric is one of the three upcoming electric truck models from Volvo Trucks, which next year will expand its lineup to a total of six models (five in Europe and one in North America).

According to a recent report, Volvo Trucks, ABB, Vattenfall, Kaunis Iron and Wist Last & Buss  partnered last winter on a special pilot test with the Volvo FMX Electric above the polar circle.

The companies were trying to figure out the limits of what is possible and validate its current tech.

“Would it be possible to replace the normal diesel-driven transport of ore concentrate, i.e. finely ground iron ore, from the iron ore mine in Kaunisvaara to the transshipment station at the Iron Ore Railway Line, with electric trucks? What would be required? And what happens when the temperature drops to minus 30?” 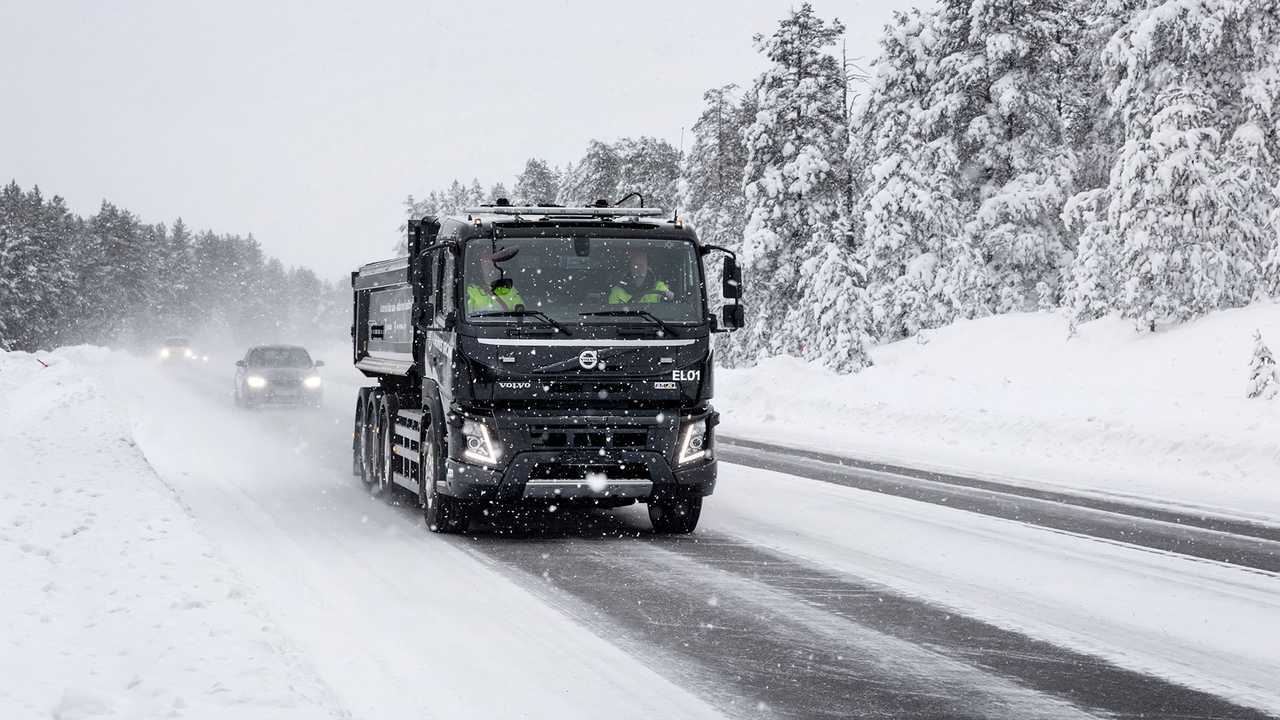 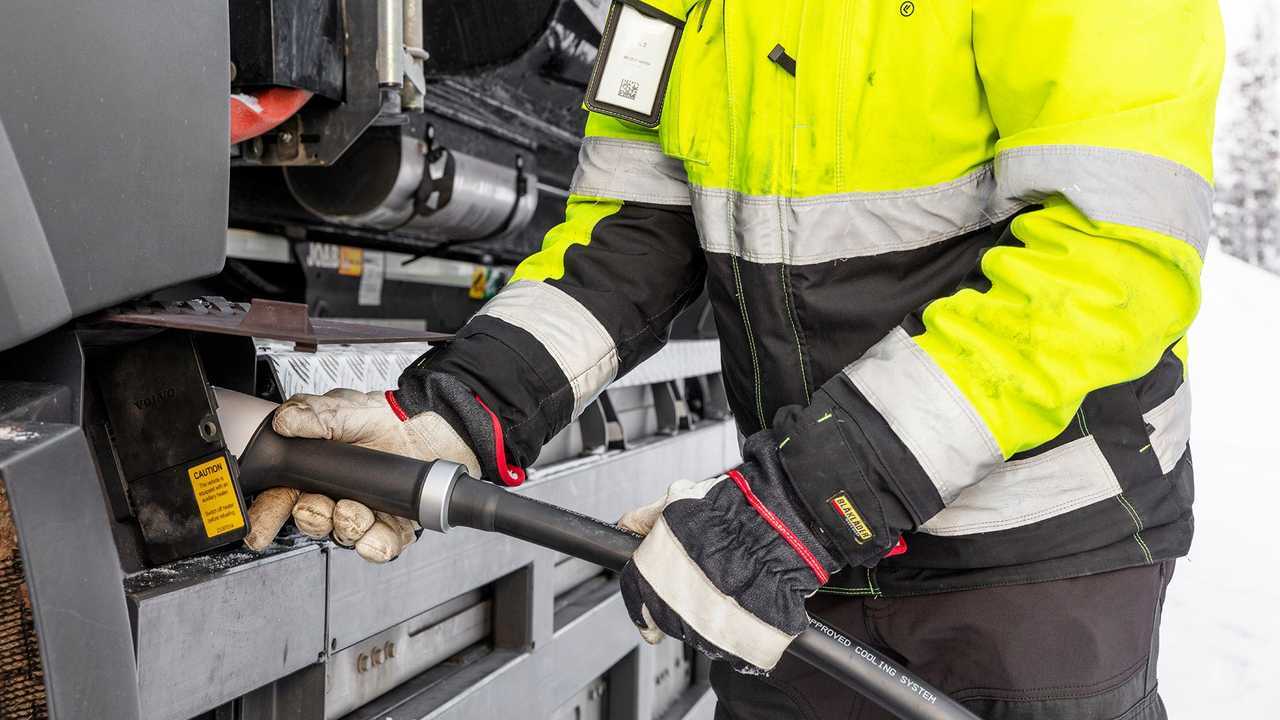 A pre-production Volvo FMX Electric tipper (a 32t gross weight version) was used over four weeks in February 2021 to transport ore concentrate, i.e. finely ground iron ore, from the iron ore mine in Kaunisvaara to the trans shipment station at the Iron Ore Railway Line.

According to the press release, the Volvo FMX Electric with a 264 kWh battery (there will be 180–540 kWh battery options in the final product) and 400 kW of power was able to do the job during winter time.

However, fast charging was required at the end points (after each 140 km run) as the range remains the main challenge.

“The truck’s battery capacity sets the limit, and in this case it was necessary to take a break to charge the truck both at the mine and at the transshipment station to avoid the risk of stopping on the road.”

Interesting is the feedback from the drivers, which considered EVs much more pleasant. Lino Martino, one of the truck drivers said:

“I must say it exceeded expectations. The test proved it works with electricity. Even if the charging stops were a drawback, we were able to drive the whole distance, including 140 kilometres with 14 tonnes of ore concentrate in the tipper, from the mine to the transshipment station, and then back again. And, on top, the cold that we get up here in winter. At most it dropped to -32 degrees. Then it gets cold, despite the snowmobile suit I wear,”

“The driving experience, in particular, was surprisingly good:

“The electric truck is in many ways similar to the one I normally drive, same type of cab and so on, just even easier to drive, it’s just one button for forward and reverse. And this truck is so quiet, you can’t hear the engine. Not even when it’s straining, only the tyres can be heard. And the vibrations are also much less than with a diesel. All in all, it’s a much more pleasant place to work.”

The new Volvo FMX Electric and Volvo FM Electric prototypes have bee tested sfor over a year in the construction industry. We already saw various versions with with a hooklift or with a mixer. 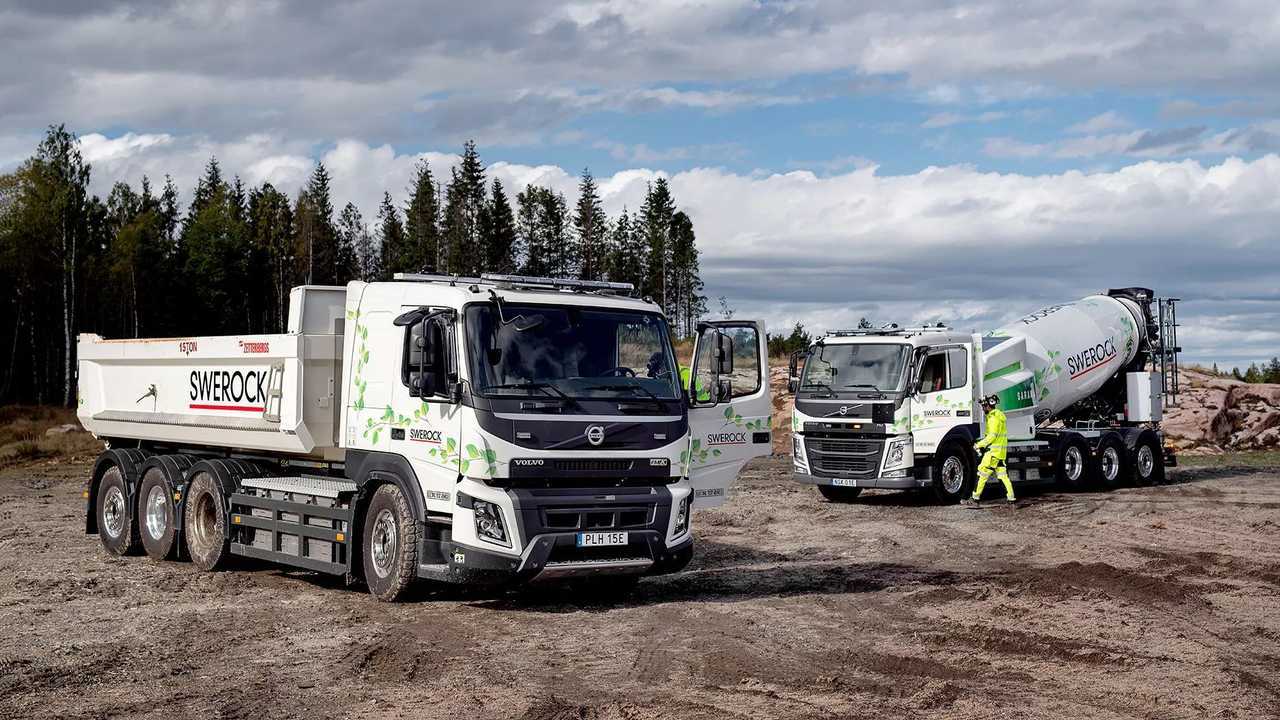 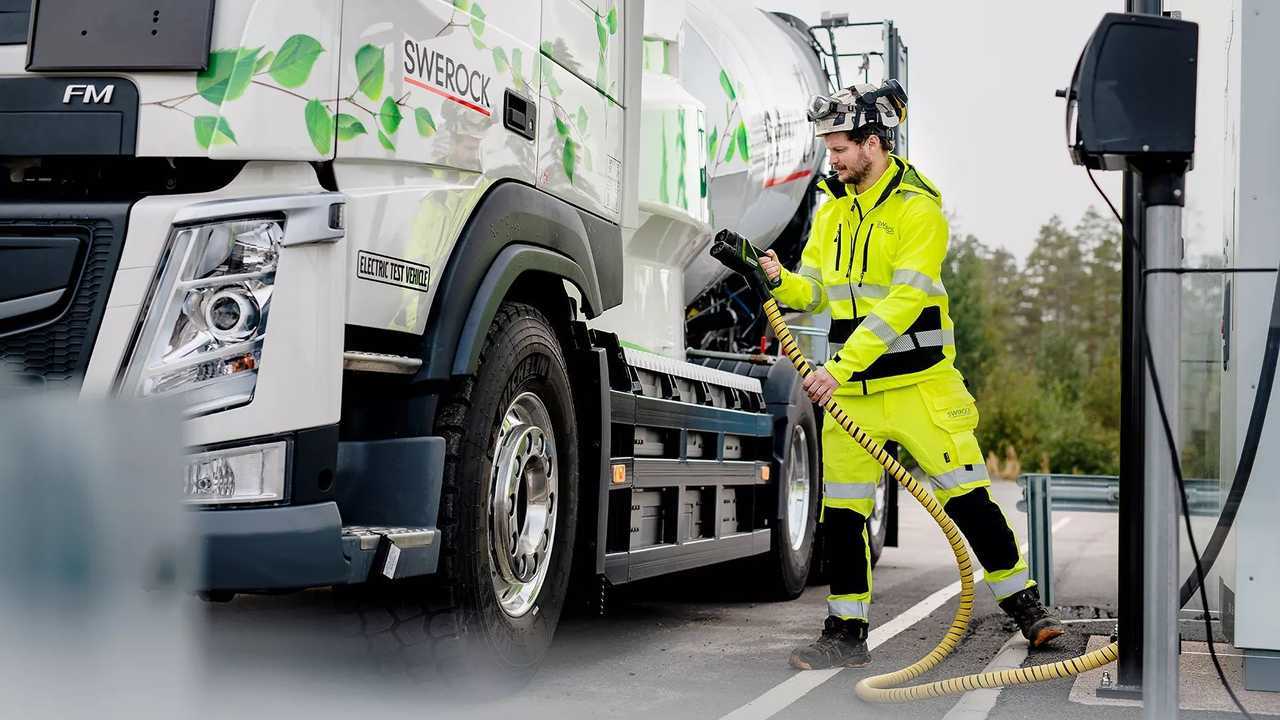 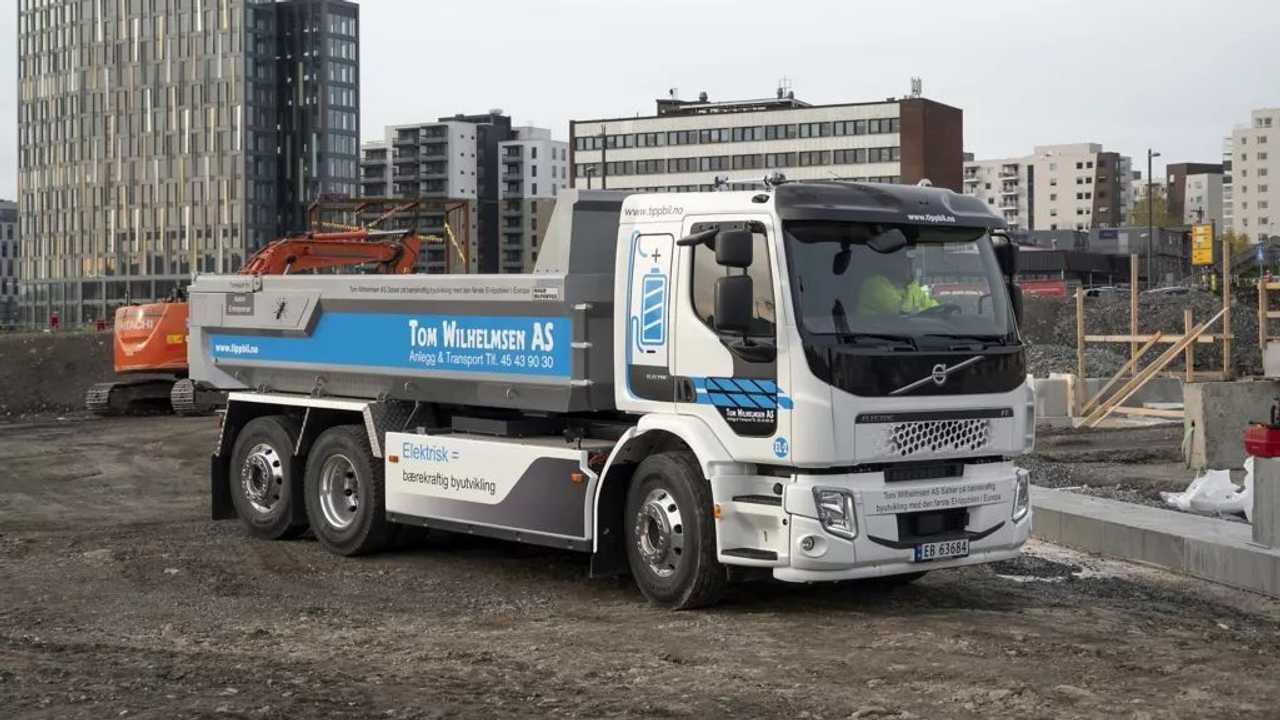 Here is an example of the Volvo FE Electric: