United models add more kit to trio of compact Volkswagens, but at a reduced price over the trim levels on which they’re based 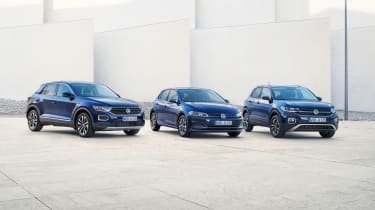 The crossover T-Cross and T-Roc United are based on the existing SE versions of those cars, while the Polo United aligns most closely with the still-available Match version of the supermini.

All versions sit on new alloy wheels measuring 15 inches (Polo), 16 inches (T-Cross) or 17 inches (T-Roc), and feature subtle ‘United’ badging on the B-pillar. Inside, the seats are trimmed in a blue/grey upholstery, while the trim inserts and pedals gain a brushed aluminium finish. All versions get leather steering wheels and smartphone mirroring featured as standard on SE and Match models.

Additions across all Polo, T-Cross and T-Roc families include voice control for the infotainment system, heated front seats and windscreen washer jets, plus a warning light to signify when the washer fluid is low. 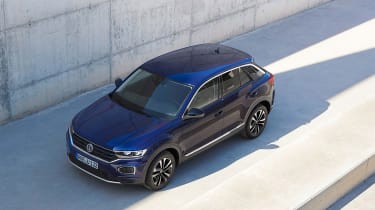 The United models are petrol only across all three cars. The Polo features a 1.0-litre turbocharged engine in either 79bhp or 94bhp outputs. Both are available with a five-speed manual gearbox while the more powerful version can also be fitted with a seven-speed dual clutch automatic. The 94bhp petrol also makes an appearance in the T-Cross (but available with a manual only), while above it sits a 113bhp version of the same unit with a choice of six-speed manual or seven speed auto.

The T-Roc United kicks off with a manual version of that 113bhp, 1.0-litre petrol three-cylinder unit, but also comes with a 148bhp 1.5-litre turbocharged four-cylinder, again available as a manual or an auto.

Prices for the Polo, T-Cross and T-Roc united start at £17,350, £20,410, and £23,550 respectively. The Polo United is just £320 more than the Match despite the extra kit, and Volkswagen says that in certain trim and engine combinations, the United models offer an extra £1,760 of kit for the equivalent outlay.

Check out the best new car deals this year here…