Volkswagen has revealed today its all-new ID. Aero concept, which previews the upcoming all-electric global sedan that’s based on the MEB architecture.

The presentation was held online in China, where the production version will be launched in the second half of 2023, separately by two joint ventures FAW-Volkswagen and SAIC Volkswagen. The car will also be introduced in Europe and in North America, becoming Volkswagen’s global EV flagship model.

As we can see, the Volkswagen ID. Aero concept reminds us of the other members of Volkswagen’s ID. family. The German manufacturer underlines that the design of the styling of the car is very aerodynamically efficient, as its coefficient of drag is just 0.23.

“The ID. AERO is a true Volkswagen and an unmistakable member of Volkswagen’s electric vehicle lineup. Around 16 feet (almost 5 meters) long, this concept car has been aerodynamically designed to have a wide body and coupe-style rear three-quarter design for a new, young and dynamic look.” 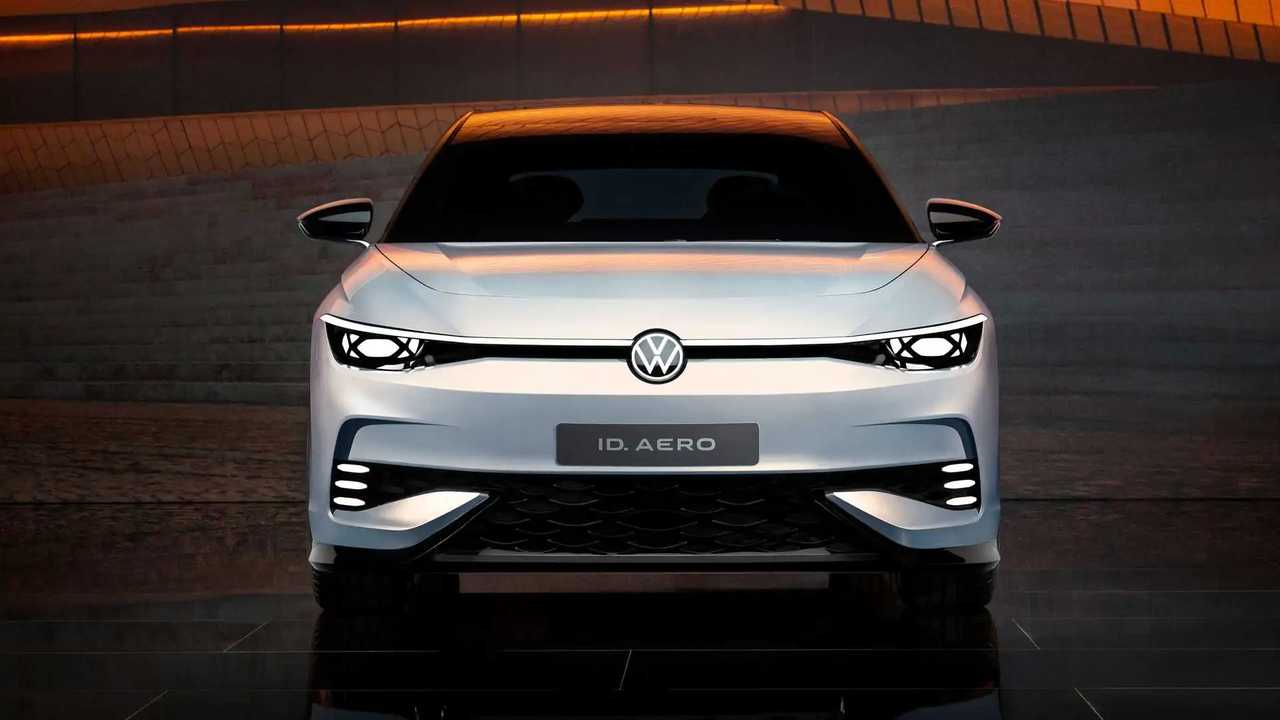 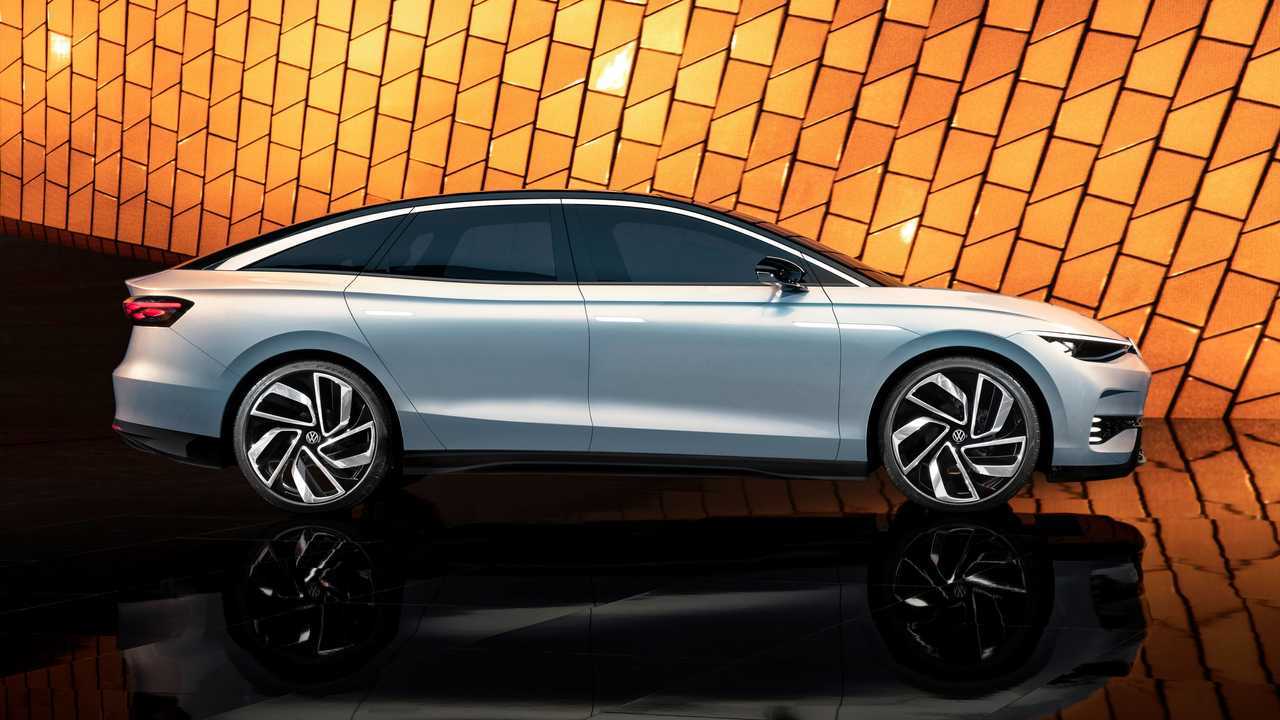 We believe that aerodynamics was one of the keys to improving the driving range to a provisionally estimated level of up to 385 miles (620 km), based on the European WLTP test cycle. It’s a substantial range number, but not as high as 435 miles (700 km) suggested in March.

Volkswagen notes also illuminated touch surfaces instead of conventional door handles, big 22-inch bi-color wheels and front and rear LED light bars, but we’re not sure if all of the elements will make it to production. Earlier this month, we saw new spy photos of a camouflaged test vehicle, which gives us some hints of what to expect.

“The bold, dynamic front end looks like a luxury-car’s thanks to the high-end headlights. The timeless, sculptured profile has a strong and powerful shoulder line. The simple and elegant illuminated touch surfaces that replace normal door handles are in line with the front lights, side markers and rear lights, adding to the ID.AERO’s harmonious look.”

“The rear of the car has a distinctive dark light strip and the LED taillight clusters feature the distinctive honeycomb pattern common to Volkswagen electric vehicles. This, along with contrasting high-gloss black roof, reinforces the luxury-car feel. The sporty 22-inch bi-color wheels are both aerodynamic and feature an eye-catching, five-spoke design.” 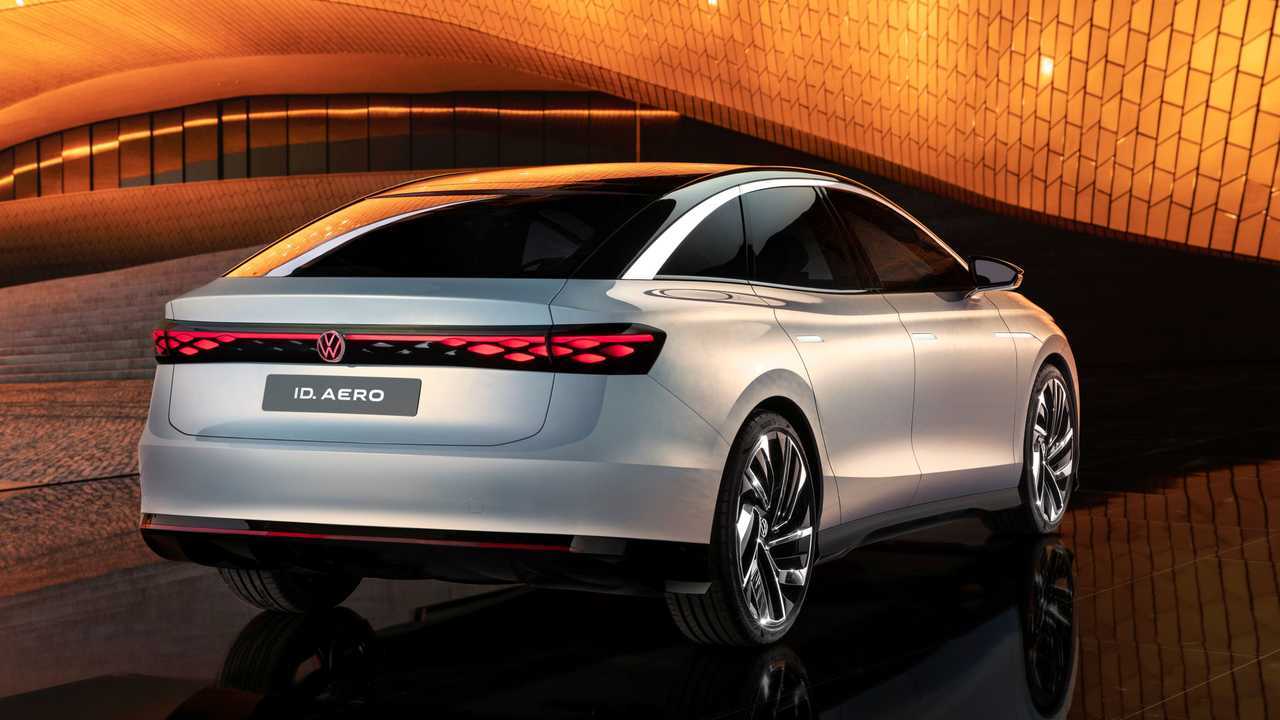 It’s not yet confirmed what will be the final name of the production version, as media speculated recently about ID.7 and ID.7 Tourer (in the case of the estate version).

In Europe, the car is expected to be produced in Emden, Germany (confirmed in May 2021), where recently the company started production of the Volkswagen ID.4.

The previous two concepts, related to the project were the ID. Vizzion sedan in 2018 and ID. Space Vizzion in 2019.