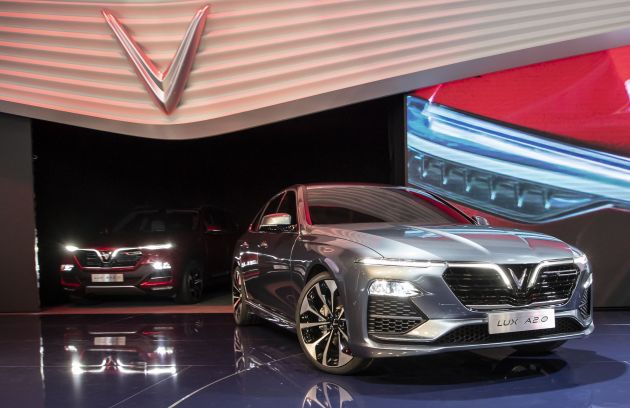 VinFast, which has global aspirations and is looking to penetrate the West, will be setting up shop in Indonesia soon. Detik reports that the Vietnam carmaker has trademarked its intellectual property in the republic and the range includes a sedan and two SUVs.

According to Yannes Martinus Pasaribu, an academician and auto industry observer from Institut Teknologi Bandung, VinFast is not likely to go head to head with the Japanese marques that dominate the Indonesian market – think Toyota and Daihatsu.

Instead, the newcomer’s strategy is to introduce EVs in Indonesia, he says, pointing out that the Vietnamese company started from e-scooters and now makes electric cars and buses. VinFast also has a collaboration with Austria’s Kreisel Electric to develop battery packs, he adds.

“Also notable is that Vietnam has nickel, cobalt and other minerals needed to make batteries, the main component of EVs. They’ve developed an end-to-end ecosystem with the strategy of using the best and most reliable tech. Besides large scale production of EVs, Vietnam is also developing charging stations and battery factories,” Yannes said.

The VF e35 electric SUV, formerly known as the VF32, is bound for North America and Europe

The analyst further points out that as part of Vingroup, Vietnam’s largest conglomerate, funding is not an issue for VinFast, and the young company is not bound by legacy tech, such as the Japanese carmakers in Indonesia. This allows it to be more agile and flexible in following global EV trends.

There are three models in the VinFast trademark documents, and they appear to be the Lux SA 2.0, the Lux A 2.0 and an EV that looks similar to the VinFast e35. The Lux SA is a big SUV based on the previous generation F15 BMW X5, while the Lux A is a Pininfarina reskinned F10 BMW 5 Series. Both were unveiled at the 2018 Paris Motor Show. The VF e35, formerly known as the VF32, is a big electric SUV that has been earmarked for North America and Europe next year. It’s set to debut next month in Vietnam.

We’ve covered VinFast a fair bit, including this in-depth feature story on who’s behind the carmaker, and how it all started. Also click on these links for further reading on VinFast’s global aspirations, its EV battery strategy, and a potential US initial public offering (IPO) that could value the company at US$50 billion (RM207 billion).

Related posts:
Pirelli have no fears over Zandvoort's 19' banking
Number plate changes: Drivers at risk of data theft and burglary – how to avoid
Best News