The Ferrari Cavalcade is an annual meetup and road trip for owners of the Italian brand’s vehicles. To celebrate the event’s 10th anniversary in 2021, the Prancing Horsing is building five cars that take inspiration from the sights along the route. The first of them is an 812 Competizione A in the shade Blu Capri.

The color is a green shade with hints of blue. Ferrari describes it as an “intense, iridescent blue, displaying various nuances inspired by the sea.⁣” 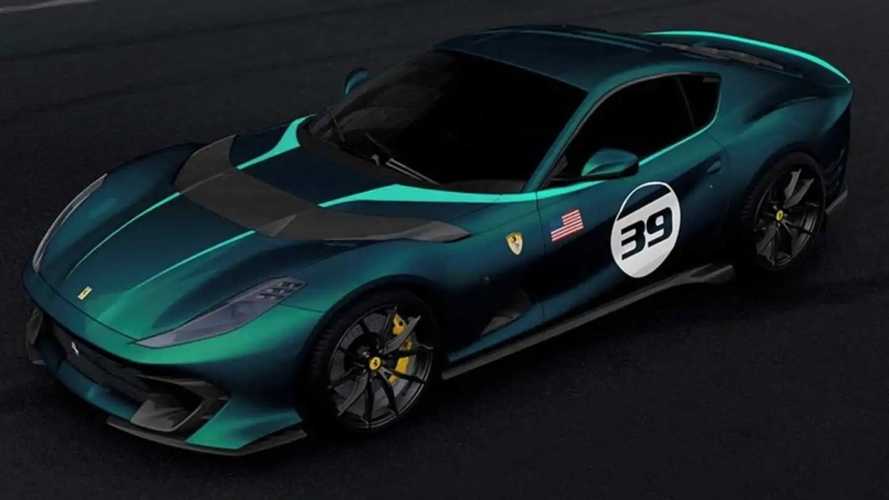 While these images are just renderings, the paint looks great on the 812 Competizione A. The dark color blends well with exposed carbon fiber that decorates the front fascia, hood, roof, and rear fascia. The yellow brake calipers seem too bright for the rest of the design, and they might look better in a duller hue.

Ferrari is not offering any hints about the other Cavalcade-inspired vehicles that are on the way. There are also no pricing details for the Blu Capri car. The 812 Competizione A starts at €578,000 in Europe, so you can expect the cost for this one to be higher than that amount.

Like the models it replaces, the 812 Competizione uses a seven-speed dual-clutch gearbox. However, some tweaks to the transmission shift five percent more quickly.

Ferrari is making 999 units of the 812 Competizione coupe and 599 examples of the Aperta. Deliveries of the hardtop start in the first quarter of 2022, and the version with the removable roof panel starts going to buyers in the fourth quarter of the year. Customers have already spoken for the entire production run.