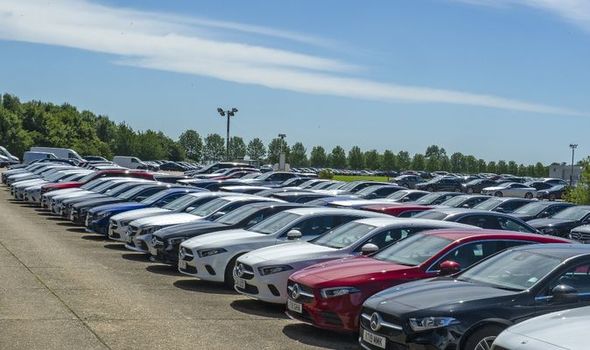 The coronavirus pandemic has seen sales and new production “fall off a cliff”, with unsold cars piling up at airfields like those at RAF Thurleigh in Bedfordshire and other storage facilities. Motoring giant Renault Group yesterday reported £6.5billion losses and figures showed that a total of just 381,357 cars were built in the UK in the six months to June, a decline of 42 percent on the same period last year. The grim statistics were revealed by the Society of Motor Manufacturers and Traders, which urged urgent action to stop the decline as the Covid-19 pandemic leads to widespread closures and job losses.

The trade body estimated that some 11,349 jobs have been axed in the past six months at carmakers and suppliers. And it warned that even more posts were at risk amid fears of a “double whammy” of Brexit tariffs.

The new chief executive of Renault yesterday promised a radical turnround plan which would be unveiled early next year. But Luca de Meo, who took over this month, admitted the company was “currently touching the bottom of a negative curve that started several years ago”.

And he stressed that the first priority was to “focus and fix their miseries internally…to make sure the fire doesn’t go in all the house”. And with all major manufacturers, including Vauxhall and Ford feeling the pinch, the industry called on the Government for action.

The society said there was now an urgent need for talks to secure a trade deal, pointing out that most car firms were complaining of a lack of clarity over preparing for an end of the Brexit transition at the end of the year.

Car production fell by 48 percent in June compared with the same month a year ago, with 56,594 being manufactured as social distancing measures and weak demand across global markets continued to restrict output. 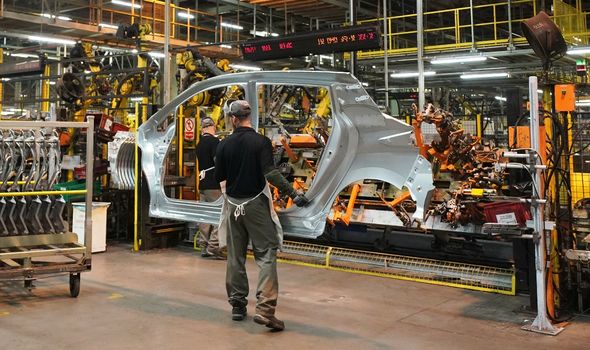 June manufacturing for the UK market was down by 63 percent, while exports were 45 percent lower. Mike Hawes, the society chief executive, said: “These figures are yet more grim reading for the industry and its workforce, and reveal the difficulties all automotive businesses face as they try to restart while tackling sectoral challenges like no other.

“Recovery is difficult for all companies, but automotive is unique in facing immense technological shifts, business uncertainty and a fundamental change to trading conditions while dealing with coronavirus.”

He added: “Our factories were once set to make two million cars in 2020 but could now produce less than half that number – a result of the devastating effects of the pandemic on top of already challenging market conditions and years of Brexit uncertainty.”

The entire industry has suffered as Covid-19 has forced the closure of showrooms and factories and reduced consumer appetite for cars.

A total of 1,800 jobs are being axed by Pendragon, the owner of UK car dealerships Evans Halshaw and Stratstone.

Before the pandemic the firm had an 8,000-strong workforce but has now said 15 of its showrooms would be closed with 400 job losses.

They will be shedding 1,400 positions across its dealers and its head office after a review of its operations, which had got underway before the virus hit the country. The decision to impose closures and redundancies is designed to cut costs by around £35million a year leaving the dealership with around 150 showrooms.

The sector was already under huge pressure because of tightening emission regulations and trade disruption.

Mr Hawes warned that the future of the industry depends on securing a good trade deal, pointing out that the EU remained the biggest market for UK cars. The society had ideas to stimulate the sector, said Mr Hawes, adding that sales in September will be crucial in determining the future.

A study suggested that without a positive trade agreement with the EU, leaving the industry trading on World Trade Organisation terms with 10 per cent tariffs, annual output could stay around 800,000 to 2025.

It added that significant questions remain about the nature of trading conditions from January, with uncertainty about customs procedures, regulation and damaging tariffs causing “real concern.”

The lack of clarity was “severely hampering” the industry.

Last night Unite assistant general secretary Steve Turner said: “The future of the UK’s world-leading automotive sector and the thousands of well-paid and skilled jobs that come with it, is in doubt.”