Thugs strip £10,000 of parts from ‘devastated’ woman’s Toyota outside her home 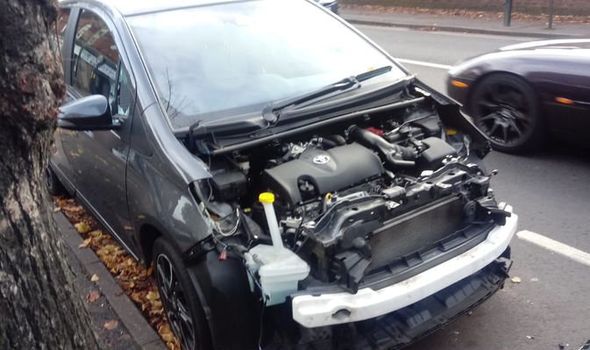 Shameless thugs – dubbed “car cannibals” – tore the bonnett, lights and sign off the Toyota Yaris 2018 plate, leaving the vehicle bare on November 6. Noreen Begum, 43, was “devastated” after waking to find the wreckage outside her home in Bordesley Green, Birmingham.

The theft happened hours after the car had been returned from the repair shop following an accident.

Speaking to Birmingham Live, Noreen said: “I said to myself no way. I went out and there it was.

“Prior to this incident I was in a car accident and had repaired my vehicle – I just got my car returned on the Friday evening.

“In 3.20am in the morning my phone rang and my heart dropped. It was my neighbour who said you need to go out someone has stripped your car again.”

Other car parts have been stolen in the same area in recent weeks, it is understood.

“Apparently my car wasn’t the only one – two days ago there was another car was stripped of its parts on another road. My neighbour’s catalytic converter was stolen too – so stealing car parts is on the rise now,” Noreen continued.

“I have to fork out £250 of my own to pay for the damage that has been done which is not my fault.

“Whoever they are, I want them to understand this is not acceptable and there needs to be more awareness.

“I remember two years ago and there were lots of chop shops and garages were raided – the police were on to it. It stopped for a while but now it’s on the rise again.”

Police are investigating the latest theft, believed to have happened in the early hours of the Saturday.

A spokesman for the West Midlands force said: “A front bumper was stolen from a Toyota Yaris in Pretoria Road, Bordesley Green on 6 November.

“We understand how inconvenient these type of thefts are and we would urge anyone with information to contact us via Live Chat out website.”