Tesla Giga Berlin in Grünheide near Berlin continues to wait for the final permit approval and a green light to start series production of electric cars, but it does not mean that there is no progress.

Actually the work at the site – both construction, as well as inside the buildings (installation of manufacturing equipment) – moves forward.

Most recently, Tobias Lindh noticed during recording a flyover video on November 17 that there are some Tesla Model Y cars rolling out of one of the buildings.

Who knows, it might turn out that Tesla is already in early pre-production stages and is checking out the first vehicles. But it’s not confirmed.

“That doesn’t necessarily mean that they were produced at #GigaBerlin though. Maybe they’re just calibrating machines. But it’s a good sign.” 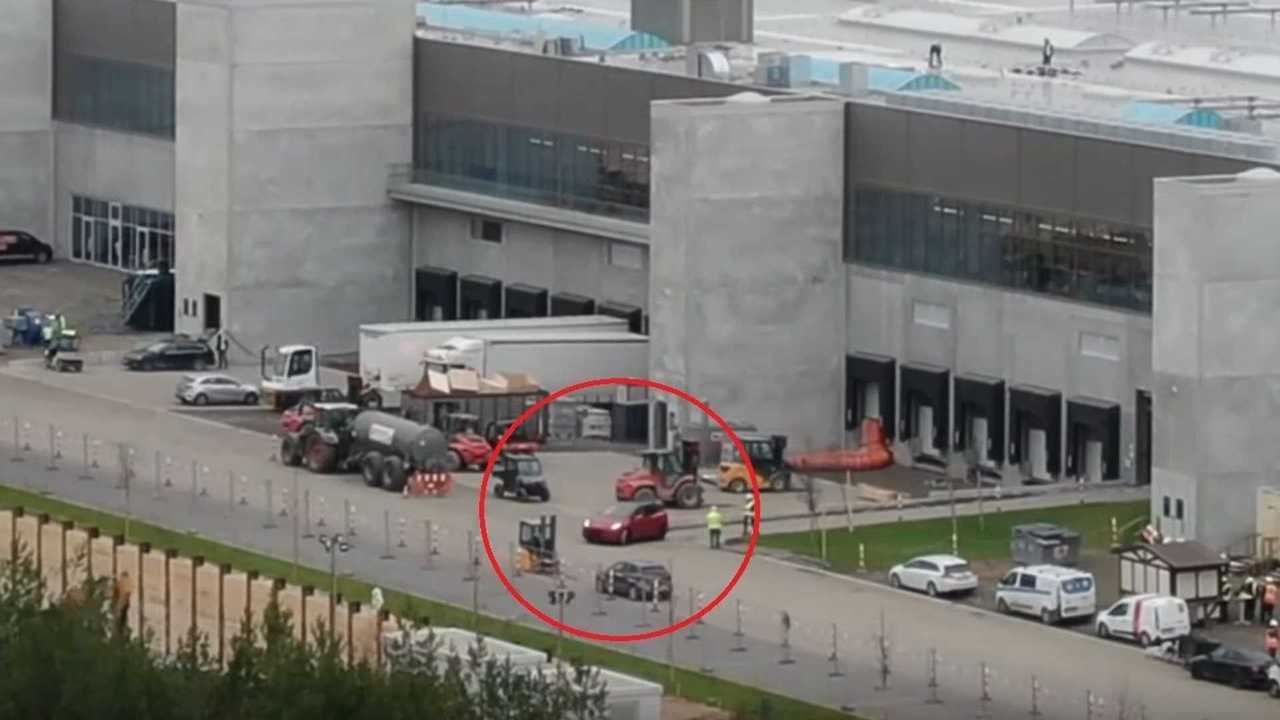 Tesla Facts and Teslarati say that those might be locally produced Model Y. They are painted in different colors so maybe the paint shop is also undergoing tests.

At this point, it’s not certain that the series production will begin before the end of 2021. Sales were already said to start no earlier than in 2022.

Another thing is that it’s unclear whether the Tesla Model Y from Germany will be the next-generation version with 4680-type cylindrical cells and structural battery or a current version, produced also in Fremont and in Shanghai (2170-type cells).

Anyways, Europe is getting a lot of Made-in-China Model Y (and Model 3) cars from Shanghai, which will continue until local production will be ready to satisfy demand.