The UK’s most reliable cars for MOT tests including Audi, BMW, Tesla 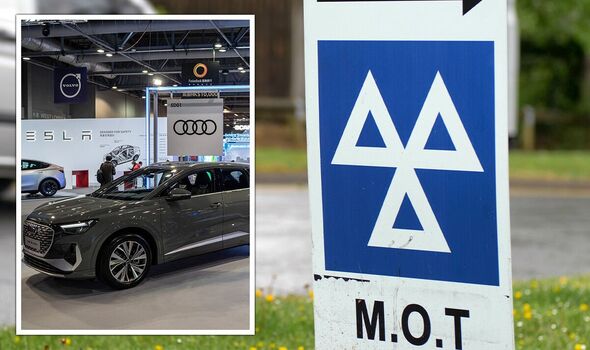 The national average MOT pass rate for UK vehicles is just 80 percent, with a handful of popular brands surpassing that mark, as Italian luxury car maker Ferrari tops the list with a 94 percent pass rate. With average prices for a used Ferrari setting buyers back between £168,950 and £267,950, drivers will expect that the car can easily pass its MOT and have a long life on the road.

Within the top ten manufacturers, there is a saturation of luxury vehicle brands, suggesting that these cars are typically more reliable or that their owners spend more time on maintenance and upkeep.

This can be seen with the second and third place rankings, with British designer Bentley having a 91.6 percent pass rate, followed by Porsche with 88.35 percent.

Unfortunately for American car manufacturing giant Chrysler, their cars are the least likely to pass an MOT test with a success rate of just 73 percent – a significant drop of 21 percent when compared to Ferrari.

Chevrolet, Daihatsu and Saab – which all appear in the bottom five for the worst pass rates – no longer have markets in Europe or have ceased trading completely. Daihatsu sales account for four percent of the Toyota Group’s total vehicle sales, but ceased in 2013.

Buyers interested in these brands should be aware that purchasing this make of car may require adept maintenance to ensure they continue to pass their annual MOT.

Ryan Fulthorpe, motoring expert at Go.Compare said: “The variation in pass rates across different manufacturers certainly suggests that some vehicles are more primed to pass their MOT than others. However, it’s unlikely to be the only contributing factor.

“Drivers should be aware that they can minimise their chances of MOT failure by conducting simple checks at home, as well as proper year-round maintenance of their vehicle. Our MOT checklist is a useful tool to help vehicle owners prevent failures which could have been easily avoided.

“Although the yearly MOT may seem like a stressful and costly part of owning a car, it is vital to ensure that the vehicles on Britain’s roads are safe.

“Remember, if your car does not have a valid MOT certificate then your car insurance is also void, so it really is essential to check when your next MOT is due and keep it up to date.”

Meanwhile, the colour of a car also appears to affect its ability to pass an MOT. A whopping 22 percent of gold cars failed their MOT, making them the worst vehicle shade. Yet, less glamorous cream-coloured cars are the most likely to pass, with only 15 percent of cream cars failing the test.

Recent research from Halfords has shown that four in 10 British motorists say they have concerns about, or definitely won’t be able to, afford their next MOT test. A further 17 percent are not sure whether or not they will be able to, as the cost of living crisis continues to grip the nation.

Among those who responded to the survey, 45 percent say that if they can’t afford an MOT, they still plan to keep driving their car regardless. In addition, 17 percent of drivers – equating to millions of motorists – admit they have driven a car without a valid MOT certificate in the past 12 months.

Further findings from Halfords also highlighted a growing issue of “working poverty”, with nine in 10 in this situation saying their job would be impossible or much harder without a car.

Most Brits are struggling with motoring costs currently – 81 percent are concerned with meeting at least one motoring-related cost in the next 12 months. Fuel (62 percent), repairs (43 percent) and insurance (40 percent) are the top three expenses they are most worried about.

MOT tests were suspended several times over the past two years, leaving many drivers facing long waits for appointments. In some cases, drivers have been unable to get their vehicles tested before their current MOT certificate expires.

Many motorists in Northern Ireland have also been reported being forced to wait for up to six months and travelling hundreds of miles to secure an appointment to have their vehicle checked.