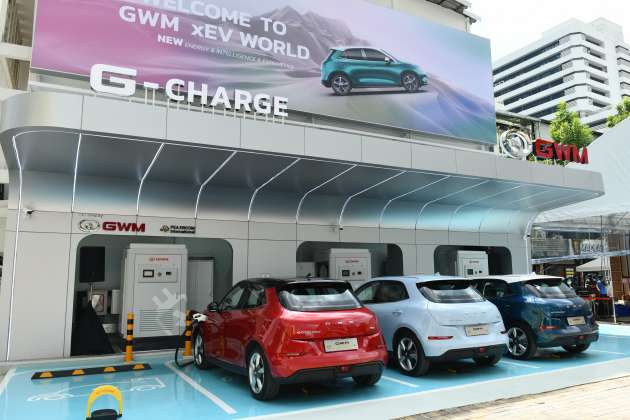 Thailand’s efforts to bolster its electric vehicle (EV) ecosystem is not just to encourage demand and production, but also to establish a strong chargine infrastructure. For that, the local government looks set to offer soft loans to small and medium-sized enterprises (SMEs) and startups that want to invest in charging stations, reports Bangkok Post.

According to energy minister Supattanapong Punmeechaow, who chairs meetings of the National EV Policy Committee, the government is considering additional measures to support small-scale EV charging stations which will likely be announced next month, including providing soft loans (highly favourable to borrowers).

“The government sees the soft loans as being essential to convince SMEs and startups to invest in charging stations, even though the Board of Investment (BOI) has already offered incentives for small investors that invest in small-scale charging stations,” said Supattanapong.

The BOI previously approved enhanced incentives and established conditions for investments in EV charging stations on April 7 this year, which resulted in three years of tax benefits being provided to operators of smaller charging stations. This is on top of the existing five-year corporate income tax exemption currently awarded to investments in stations with at least 40 chargers, 25% of which are capable of DC (direct current) output. These revisions also saw two requirements being abolished, including barring investors from receiving additional benefits from other agencies as well as requiring ISO certification. The BOI said at the time that these conditions are no longer relevant given that some chargers could be installed in other establishments such as hotels and condominiums, not necessarily at typical charging stations.

Charging station investors are now only required to adhere to the relevant safety regulations and to submit either a plan to implement an “EV Smart Charging System” or to connect to an “EV Charging Network Operator Platform” which is to be developed as a central mechanism to create an efficient management for both operators and EV users.