Police departments all over the world are warming up to electric vehicles and their findings after using EVs on a daily basis are encouraging.

Earlier this year, the Westport Police Department in Connecticut shared some interesting conclusions after buying a Tesla Model 3 in December 2019. They found the EV to be not only cheaper to buy than the Ford Explorer SUV they typically use but also more affordable to modify, maintain, and run, leading to savings of about $6,000 a year.

Now, new data is coming in from the UK, where several Tesla Model 3s custom built by Tesla UK as patrol cars have completed nine months of initial trials with the police. Max Toozs-Hobson, account manager and emergency services lead at Tesla, shared the findings on LinkedIn and said the Model 3 police cars have been “getting some great results.”

You can check his full post at the end of this page as we’ll point out the highlights. For starters, the Model 3 can achieve over 200 miles (322 km) of Blue Light advance driving, which is more than enough considering that the average blue light run in the UK is about 7–15 minutes. The longest run in a Tesla Model 3 patrol car has been over 4 hours on active deployment. 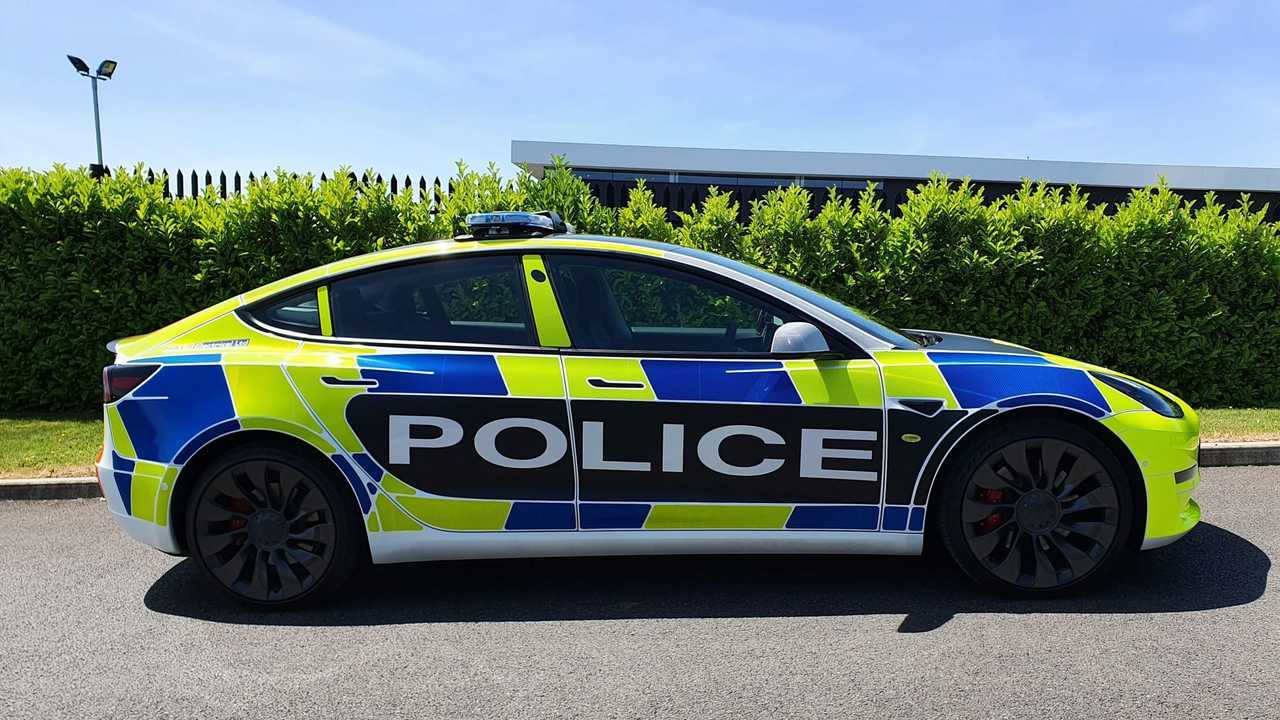 Another interesting finding is that the auxiliary systems have minimal impact on range, with LED lights able to run for days off the battery pack, while 3 hours of ANPR (Automatic Number Plate Recognition) use would take less than a few miles of range off the car.

Police officers running Tesla Model 3s also found that charging during their shift is convenient, with one recent V3 supercharger stop adding 70% of power in less than 20 minutes, enough for another 5–6 hours of driving.

As for maintenance, brake wear has been minimal, with the first set of pads still having 15–20% use in them after 10,000 miles of driving; tires need replacing at around 8,000 miles. Basically, after 15,000 miles, the only maintenance has been brakes and tires.

No annual service schedules result in minimal running costs and time off the road, contributing to a competitive total cost of ownership. Running Tesla Model 3s as patrol cars sounds like a great deal overall and these positive findings should be an incentive for more police departments around the world to follow suit.